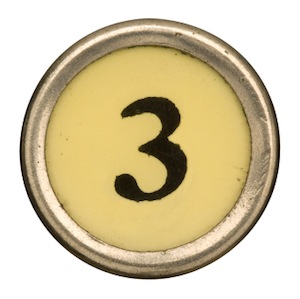 I’d like to tell you about a powerful but elusive emotion that you can trigger to increase traffic, click-throughs, and conversions.

Used properly, it can entice your reader to give you their full attention and follow your call to action.

But there’s a catch.

Despite its intensity, this emotion is fickle. And it’s often mishandled in copywriting. Make a mistake and your reader’s interest can disappear with the smallest of distractions.

So what’s this powerful but tricky emotional state?

Even if you’re familiar with using curiosity to attract readers to your content, if you’re not following these 3 rules, you might be losing more potential customers than you can imagine.

Why curiosity is so hard to get right

Stemming from our need to gather information to make sense of the world, curiosity can have us glued to puzzles and games for hours, finish books we don’t enjoy, or bounce from article to article in Wikipedia resulting in a completely lost afternoon.

More constructively, curiosity has been the driver behind the greatest discoveries in science, medicine, and technology.

And yet, the sudden curiosity to read the latest celebrity scandal — caused by seeing magazines at the store counter — can disappear as soon as you finish paying.

So how can you trigger curiosity and turn it into action such as clicking a link on Twitter, signing up for your newsletter, or downloading your free report?

Psychology and economics professor George Loewenstein conducted an in-depth study and discovered that the peak combination for triggering a high level of curiosity included:

Let’s take a look at each of Professor Loewenstein’s three triggers, and how you can use them to turn curiosity into conversion …

You’re probably already familiar that most curiosity is triggered by challenging common beliefs.

For example, a headline which reads:

Increase Sales By Making More Sales Calls Than Other People

Doesn’t really turn our world upside down. The headline makes sense and leaves nothing to the imagination. Instead:

How To Increase Sales 50% In Just 15 Minutes A Day

Violates expectations by suggesting something small can create dramatic results.

There is No ROI in Social Media Marketing

In both headlines there is something readers may not expect. As a result, disorder is created, which requires investigation to restore sense and meaning.

Curiosity headlines are some of the hardest to write, because simply turning something on its head usually isn’t enough to encourage your reader to take action.

To create a real desire for your reader to click, read, or sign up, you have to violate the right expectations.

Loewenstein discovered that curiosity increased when you highlighted a gap in someone’s knowledge, particularly when it related to a topic that interested them.

For example, Copyblogger readers are interested in becoming better writers so they can attract more traffic, links, subscribers, and profits. So if Copyblogger ran a headline like:

It might violate expectations BUT most readers probably feel they can live without this knowledge.

However a headline such as:

Is more effective because:

Even if you violate the right expectations, curiosity is a fickle mistress.

It’s not enough to create disorder. You have to stop your reader from thinking, “Oh, that’s probably going to be about X, Y and Z — I bet I already know that.”

To sustain curiosity, Loewenstein suggests using feedback to quash this thought before it arises.

Tests revealed that most people assume they know more than they actually do, so you definitely want to make sure you’re not losing readers who “think” they know what you’re going to tell them.

For example, a Copyblogger reader who sees this headline:

5 Marketing Lessons You Can Learn

Might assume she already knows those 5 marketing lessons. As a result, she doesn’t feel compelled to read the article.

Is going to work much better for the Copyblogger audience. For one, there’s the curious mention of “weird,” so we’re already thinking this will violate expectations.

In addition, you have “real world” business, indicating again, that this advice may be new or unexpected to an online audience.

Ultimately, you’re directly poking at their area of expertise and saying, “I know you know a lot, but you don’t know this.” And this really encourages the curiosity gremlin to wreak havoc.

Know when to stop

Loewenstein discovered that curiosity doesn’t intensify indefinitely, rather it peaks and declines if left unsatisfied for too long.

A common problem in sales copy is overdoing curiosity, believing the reader will stay interested forever.

It’s true that your headline is important in getting the attention of your reader. But it doesn’t guarantee continued interest.

For example, when you start a sales page, landing page, or blog post, your opening paragraph needs to acknowledge the curiosity you highlighted in your headline. Don’t introduce something new and unrelated, hoping that your reader’s curiosity will cause them to power on through your copy looking for the answer that was promised to them.

You don’t have to reveal everything straight away. Telling them to read the article to the end to discover what they want to know can nudge them sufficiently into the body of your copy.

From there you can start relying less on curiosity and more on compelling benefits, rich imagery, and strong storytelling to keep their attention and encourage them to take action.

What makes you curious?

What about you? What is a sure fire way to trigger your curiosity? Are there headlines that you’ve clicked on only to be disappointed? Have you used similar methods with success?

Let us know in the comments below.

Amy Harrison is a copywriter, consultant, and owner of Write With Influence. She has a weekly column, podcast (with sketches), and a copywriting course for business owners who want to master the fundamentals of persuasive writing.