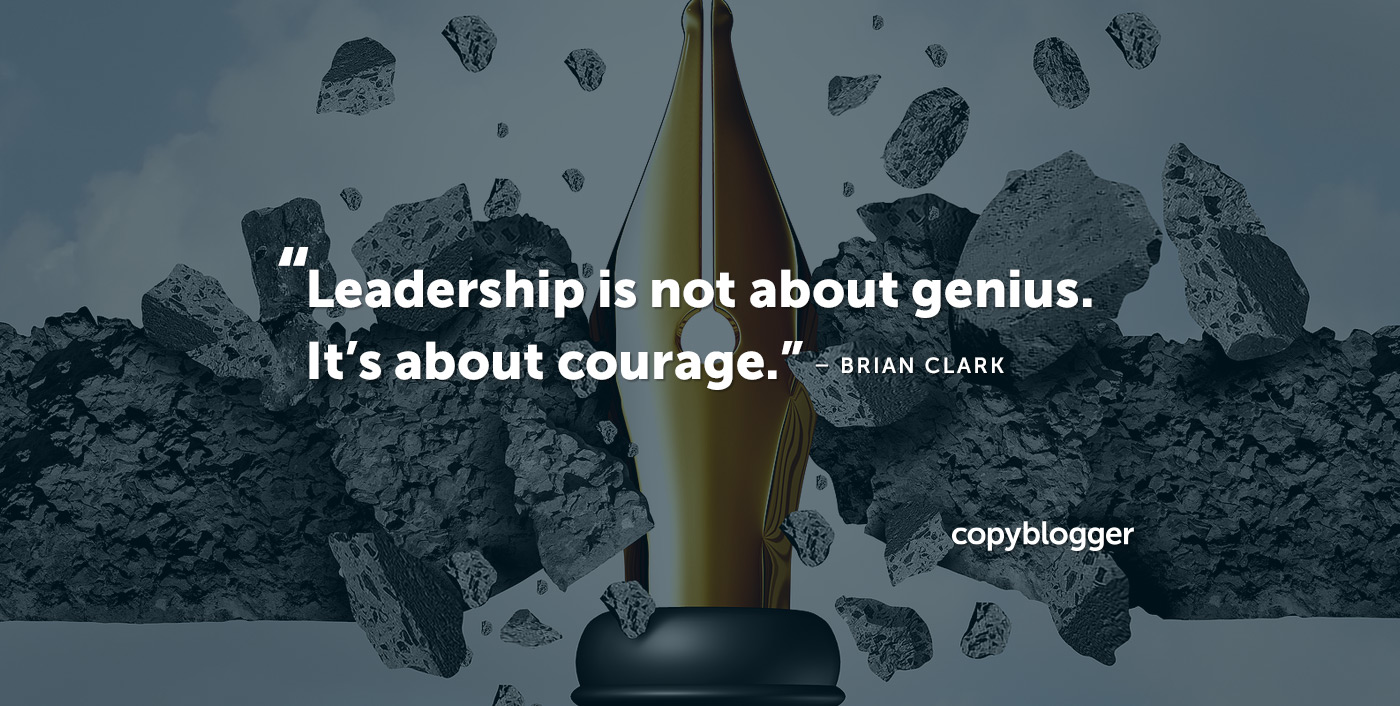 What does it take to be a leader in your niche?

You need the courage to alienate the wrong people in order to resonate with the right people. You need to stick to your convictions when people tell you you’re wrong simply because your knowledge doesn’t mesh with their opinions.

Content by consensus is a recipe for failure. Your success will be determined by the execution of your vision. Think about it … if your audience is more qualified on your topic than you are, why should they listen to what you say?

Don’t get me wrong — feedback that comes from social media, email replies, and articles by others that take issue with something you’ve said is invaluable. Since day one I’ve taken the feedback I get from my readers and used it to craft the direction of Copyblogger and my other projects.

All feedback contains a lesson. Realize, though, that the lesson may have nothing to do with what the person giving the feedback thinks they’re telling you.

The fact is, if no one hates you, you’re doing something wrong. Trying to please everyone was once the goal of mass media, and now even they pick sides.

But day after day, I see smart content creators battered by asinine comments on Twitter and Facebook, and watch those people back down and second-guess themselves. Soon their blog post ideas are watered down in the hope that no one is offended, but by that time, no one is reading.

Some of you are thinking, “Sure, Brian … that’s easy for you to say. You have an audience.”

Yes, it is easy for me to say, because I lived it. In fact, I have people telling me I’m wrong to this day. Such is life.

Let’s take a quick trip back to when I launched Copyblogger in January of 2006. My tagline was “how to sell with blogs.” I knew some people wouldn’t like that, and I was right.

Thus came the attacks, both publicly and privately, by prominent bloggers who saw me as pond scum who “didn’t get it.” Did this deter me?

Hell no … that’s what I was counting on.

If the old guard bloggers would have embraced me with open arms, I’d have been wrong about everything. Instead, the reaction from certain corners of the community was as expected.

Better yet, the reaction from the right people — the people I wanted to reach — was as hoped. Commercially-oriented blogging was growing up, and people were looking for pragmatic advice about making a living online.

Focus on the right people, and let the wrong people say what they will. It makes for great publicity when the same people blast you simply because they don’t realize that things have changed.

Leadership is not about genius. It’s about courage.

Previous article: The Art of Creative Self-Editing: From Basic to Brilliant Content
Next article: Supercharge Your Benefits with Contrast Storytelling