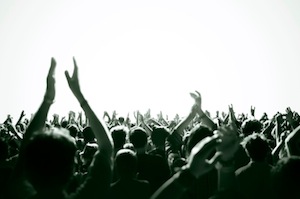 Copywriters love to tell clients they can create compelling copy.

Few of them ever mention whom they think they’re compelling.

That’s because too few of them have ever given it the thought it deserves.

One of the first rules of copywriting is to know your audience, and many copywriters are fairly skilled at creating copy designed to appeal to, say, a 60-year-old female retiree who’s confused about her insurance options.

The problem is that that’s not how Dorothea in Florida thinks of herself.

If Dorothea doesn’t identify with that picture, what makes you think you’re actually writing to her?

Who does Dorothea say she is?

Dorothea in Florida thinks of herself as a mother to two children, and widow to a husband who recently passed away from a heart attack.

Dorothea used to be a saleswoman and retired when she was fifty, because every company she applied for wanted someone younger.

Dorothea has never once in her life thought of herself as a 60-year-old female retiree who is confused about her insurance options.

And when her eldest son reads the copy, it doesn’t sound like his mother. In fact, even though he thinks she could use the service, he doesn’t send it to her because he doesn’t want her to think that’s his image of her.

She’d be hurt. Or insulted.

Same goes for her doctor, her neighbors, and her book club. No one thinks that copy sounds like Dorothea — because it doesn’t.

It sounds like it would appeal to someone who doesn’t exist.

You need to write for Dorothea

The next time you’re writing, don’t write for a demographic.

Those people don’t exist. The real readers — the ones you want to persuade — won’t recognize themselves in a collection of demographic traits.

Instead, write for Dorothea.

Or write for a teenager named Harper who thinks her parents are ridiculous because they need her help with the computer and they don’t understand anything about Twilight.

Write for Mike, who’s just out of college and has about $10,000 in credit card debt that he hasn’t told his parents about (and hopes he’ll never have to tell them).

Write for Arnold, who’s just getting used to an empty nest after his kids left for college and is wondering what he should do with his hobby business, now that he has all this extra time on his hands.

Give yourself a real person to write for.

Appeal directly to that person. Know all their foibles, their worries, their problems – and explain how this product or service fixes one of them.

The person you’ve imagined in your head doesn’t exist either, of course. But writing for a human being instead of a demographic lets you think and write in new ways.

What this way of writing gets you

With that person’s image in your mind, you’ll be warmer and less robotic.

You’ll draw the reader in on a personal level.

You’ll be compelling because getting this right will genuinely benefit this human being in front of you.

If you think your readers can’t tell the difference, you’re dead wrong.

Previous article: 7 Marketing Links You Can Use in the Field
Next article: Zen and the Art of Good Web Design