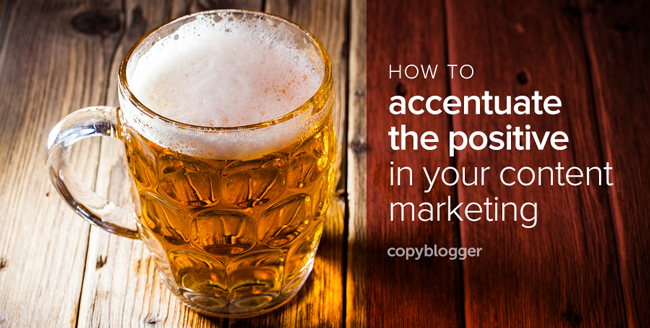 In the 1920s, Schlitz beer went from fifth in the market to a tie for first. All because a sharp copywriter named Claude Hopkins highlighted their water purification process in an advertisement.

Never mind that all beer companies used the same process. No one had told that story before.

Advertisers became more astute after that point, which led to the development of the unique selling proposition by a guy named Rosser Reeves. This was the beneficial feature of a product or service that the competition would not — or could not — offer.

From commodity to market leader

As these types of unique features became scarcer due to even greater competition, more products and services became indistinguishable. The winning difference became purely psychological, thanks to mass media message positioning in the minds of prospects.

Take fiberglass insulation, a near perfect example of a manufactured commodity. And yet, Owens Corning became the market leader by focusing their messaging on the fact that their insulation was pink.

Fast forward to today, more than 20 years into the Web. Any product can be replicated or reverse engineered. Any service can be copied, leaving only execution as a true difference (which comes after the point of decision).

In short, people see less difference between competing offers than ever, but that doesn’t mean that they’re not looking.

Search engines and social media empower everyone to take charge and figure out their own choices, regardless of your claims and positioning.

With consumers, your prospect may be aware of your advertising, or completely tuned out — but they’re making choices on their own terms regardless.

Your chance to show your winning difference

If you’re not showing up during the prospect’s self-determined buying journey, you’re not in the game.

But if you are showing up via content, you’ve got a chance to tell a truly different story.

Even if they don’t see a difference otherwise, you’ll get the shot at proving you truly are better.

And that’s more powerful than pink.

Brian Clark is the founder of Copyblogger, host of 7-Figure Small, and editor of Further.

Previous article: How to Build a Community of Raving Fans
Next article: How Jay Baer Uses LinkedIn for Content Marketing