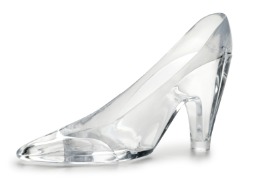 I grew up hearing the story of Cinderella, whose cruel stepmother forced her to work as a servant in her own home.

She spent her days tending the fire, washing and cooking for her evil stepsisters. She dreamed of a better life.

By the end of the story, Cinderella is queen. Her name is synonymous with radical transformation — going from the cinders to the palace.

Think transformation only happens in children’s stories? Cinderella’s metamorphosis follows a series of steps that can help you transform your business if you’re willing to give them a try.

They don’t require a fairy godmother, magic, or a bewitched pumpkin, either. Just a change in attitude, and the audacity to believe you can go beyond your present circumstances.

First you’ve got to want it

Cinderella’s life started out just fine, but her mother died, her father remarried, and her new step family decided to relegate her to the kitchen.

She could have thrown in the towel and resigned herself to her fate, but she didn’t.

When the prince decided to throw a party and invite all the women of the kingdom so he could choose a wife, Cinderella was determined to attend.

It was a long shot. She didn’t have time off, she didn’t own a suitable dress, and her manicure was probably a nightmare. How dare she attend the ball?

But she was determined. And wanting it badly enough is half the battle, both in business and in life.

Because transformation is hard. If you’re going to make the change, you’ve got to want it enough to put up with some growing pains.

If you’re not getting engraved invitations to the ball yet, do something about it. Don’t just sit there and mope. Come up with a plan.

Then you have to look the part

Her stepmother and sisters laughed at her when she suggested she’d like to go with them to the ball. She was dressed in rags, and dirty from head to toe.

As soon as they left — and with the help of a little magic (this is a fairy tale, after all) — Cinderella found herself wearing a spectacular gown.

Here’s the interesting part: as soon as she had the gown on, no one recognized her. Dressing the part transformed her so completely she seemed like a different person.

Dressing the part means polishing up your website so it’s easy to use and looks professional. It means writing in a voice that’s targeted to the market you’re trying to reach. It means claiming your authority and behaving with dignity, instead of the usual attention-seeking idiots that clog up our twitter feeds.

And it means being bold enough to do something like wearing glass slippers so you’ll stand out from your competitors.

Stand up for yourself

Cinderella made an extraordinary impression at the ball. The rest of the attendees wanted to know who she was and where she’d come from.

But in fairy tales all magic comes with a price, and this story is no exception. At midnight Cinderella’s transformation expired, and she returned to her dirty clothes and former life. As she ran from the castle, she left behind a glass slipper.

The prince set out to look for the owner of the slipper. When he got to Cinderella’s home, her evil stepmother and sisters didn’t even want to let her out of the house.

Cinderella approached the prince anyway and asked to try the slipper on. It fit perfectly, of course.

If she hadn’t stood up for herself, she never would have arrived at her destiny. She spoke up and claimed what was hers. She was her own best advocate, and she became queen.

It starts with believing in yourself and your own dreams. And you may need to reconfirm that belief over and over to get where you want to go.

What’s your Cinderella story going to be?

You might be ready to grow your business larger than it has ever been. It doesn’t take magic to get there.

In order to make the transformation, you have to want it badly enough to put up with temporary sacrifices.

You may need to defy those around you who aren’t supportive. You’ll want to dress the part before you’re quite “there” so others can clearly envision you in your wished-for role.

If you do these things, I can’t promise you you’ll marry a prince. (That’s not really what you wanted, was it? Most of them aren’t much of a bargain these days.) But your business will have a Cinderella story, and that’s worth working toward, don’t you think?