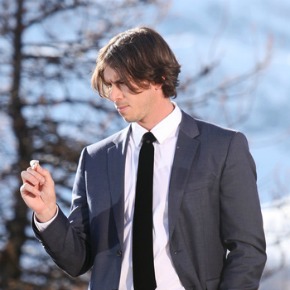 Have you noticed how indifferent you are to most things you read? You may start reading but stop a few sentences in. You might only skim sections. You might not even make it past the headline.

Given the way people consume content, it can be tough to truly capture your readers’ attention.

If you want to know how to capture and keep attention, you need to study who’s already doing it incredibly well. And the answer to what makes people return to your content can be learned from one of the longest-running reality TV shows: The Bachelor.

Of course, we realize your content marketing is much smarter and classier than The Bachelor. Maybe you didn’t join the millions of people who watched the season finale last night.

But that doesn’t mean you can’t learn a thing or two.

Say what you will about this train wreck of a show, but it’s held an engaged audience for 16 seasons of over-the-top drama.

Examining this series closely over the years, I’ve picked up on what keeps its viewers so captivated. Read on to find out how you can use the five most alluring elements of The Bachelor to keep readers coming back …

1. Lead with the end

While the journey sure is entertaining, The Bachelor is all about the ending.

People keep watching the show to see how it ends, when the bachelor proposes to his future ex-fiancée atop a mountain or equally outrageous location.

Additionally, every episode ends with the ritual of the bachelor sending home one or more women in a melodramatic rose ceremony.

The ending is drilled into viewers’ minds during every episode: the contestants discuss it, every pre-show recap touches on it, and the previews for each episode reminds us that Yes, this is all leading up to something big.

What is the pay off for reading your entire post? Are readers rewarded for making it to the end?

Consider crafting the ending of a post first. This will help guide the beginning and middle toward the well-conceived conclusion.

Keep the format of your posts consistent, but make the ending better than anticipated.

To do this, state where the post is going in the beginning, then overdeliver on the promised ending. If you say your post will teach 10 ways to do something, sneak in an extra tip or two.

Take away: Make the purpose of your posts clear right away and follow through with a worthwhile ending.

2. Don’t make them think too hard

The Bachelor is, arguably, one of the least intellectual shows on television. Which is probably why people love it so much.

No, we’re not asking you to write stupid content. But when they’re reading your blog posts, readers shouldn’t feel like they’re working their way through a molecular biology text. (Unless, of course, you’re publishing content about molecular biology.)

Consuming your content shouldn’t feel like work. Keep it light, entertaining, and above all, make the value obvious.

Here are some tips for making posts clearer:

Take Away: Don’t be coy. Spell things out for your readers.

The Bachelor casts the same characters season after season, including The Naive One, The Villain (there are usually several of these, actually), The Desperate One, and The One Who Drinks Too Much The First Night.

Why do archetypes work? They’re familiar.

If every contestant on The Bachelor had a hard-to-define personality, it would be too difficult for viewers to remember who’s who (see #2, above).

The best writers have such a defined voice, their writing can be identified even without their name attached.

Become familiar to your readers. Develop your character by giving a consistent portrayal of your personality.

Establish your voice and use it in all of your posts. Be as narrow as possible in defining your tone: “funny” isn’t enough. What type of humor do you use: self-deprecating, snarky, corny, puns?

Take away: Don’t just write what you know — write who you are. Your readers will feel like they know you and appreciate your authenticity.

4. Edit to your advantage

No one would watch The Bachelor if they showed hours of the women blow-drying their hair and sitting on the couch waiting for their dates.

The show’s editors select the best footage, then splice it together to tell a compelling story.

Editing is more than fixing typos and grammar. The best writers stay emotionally distant from their writing and edit mercilessly.

Here are steps to take when editing a piece:

If you struggle to remain objective about your writing, have someone else edit for you. It also helps to put a piece aside and come back to edit it later, instead of writing and editing all in one sitting.

Take away: Leave the mundane scraps of your writing on the cutting room floor.

The commercials and teasers for The Bachelor are often much better than the actual episodes. How can anyone pass up anything billed as the “most dramatic____ ever”?

Are you writing a series post? Tell readers what they can expect in the next installment.

Have a great post in the works? Leave compelling “commercials” for your audience at the end of your posts, on your social networks, and in your email newsletters.

I’ve figured out how to write about The Bachelor in an educational way. My life’s work is complete.

See what I did there?

Take Away: Close your posts with cliffhangers and use your other platforms to build anticipation around future posts.

Make it work for you

While I would never encourage you to write anything as mindless as The Bachelor, the techniques above can make readers not only return, but anxiously await your next post.

The Bachelor’s secret for attracting and keeping an audience comes down to this: being predictably unpredictable. Pairing the familiar with the unexpected will leave readers with no choice but to see what happens next.

Are you using any of the above techniques to lure readers? Better yet, what do you think makes trashy reality TV so compelling?

Kerry Jones works in online marketing at BlueGlass, where she also manages the blog. Yes, she's really watched every season of The Bachelor. Follow her on Twitter here.

Previous article: Don’t Disappoint Your Mom
Next article: 3 Myths of Guest Writing for Big Websites … and 6 Tactics for Doing it Well