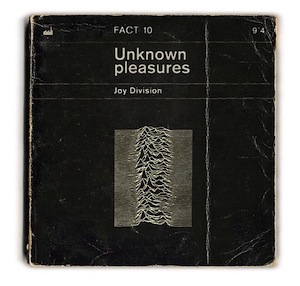 Everywhere you turn these days, you hear about authenticity.

They say you’ve got to be real in order to connect with today’s social media savvy audiences and consumers.

But it’s not necessarily true.

Go out and be “real” when you’re having a bad day, and people will quickly call you out for not reacting in the “right” way.

Or, cross a line with your audience that disturbs their expectations of you, and you’ll quickly find that people didn’t want that much of the “real you” after all.

And yet, it’s unavoidable — the world of marketing in general, and specifically online marketing, has heavily gravitated to a greater emphasis on an authentic human voice over canned messages and corporate speak.

So what’s going on with this authenticity stuff?

Glad you asked. Let me give you a bit of an offbeat example involving “authentic” t-shirts on the way to answering you.

The case of the vintage t-shirt

I’m especially fond of cool t-shirts that I’ve owned forever — sometimes for decades — and they show it.

I’m proud of my SXSW Interactive shirt from 2000 even though it’s seen better days. And I was mortified when I had to replace my Joy Division, Unknown Pleasures t-shirt after it was “liberated” during a party I threw in law school, but what are you gonna do?

Let’s look at the larger trend in “vintage” t-shirts:

Would you agree with me that Group 1 is the only “authentic” example, with each subsequent group diverting a step further away from authenticity?

And yet, people are spending good money for things that aren’t “real.” In fact, Groups 3 and 4 often spend more money to appear authentic than the people who actually qualify.

Is it really true that people want “real,” or could it be they want … something else?

The problem with authenticity in marketing is age-old. And the emergence of social media has allowed people to forget Marketing 101, and go right back to egocentrism.

In other words, you’re focusing on your favorite person — yourself — instead of focusing on them, the people you’re trying to reach and influence.

Seth Godin famously said that authenticity in marketing is telling a story people want to hear, and then making the story a reality. He caught some flack for that, but that doesn’t make it any less valid.

And yet, even that’s confusing, because you start to think it’s your story that matters.

Your story absolutely matters, but only to the extent that it helps people tell the story they want to tell about themselves.

Very few of the things we buy are truly necessary.

Everything else we buy is used as a way of telling the story of who we are, what we believe, and what we aspire to be.

So, in the t-shirt example, people will go to great lengths to engage in “inauthentic” commerce, because it helps them say something about themselves that’s desirable. It’s real to them, and that’s all that matters.

Am I telling you to be fake?

No, I’m telling you to get your head in the right place.

Match them with aspects of yourself, your products, and your services. But never forget that you’re helping them tell their own stories as you create your own.

Create content, products, and services that assist in the narrative of life we all tell.

Help people tell the story of who they are, what they believe, and what they aspire to be.

That’s about as real as it gets.

About the Author: Brian Clark is founder of Copyblogger, CEO of Copyblogger Media, and a vintage t-shirt connoisseur. Get more from Brian on Google+.