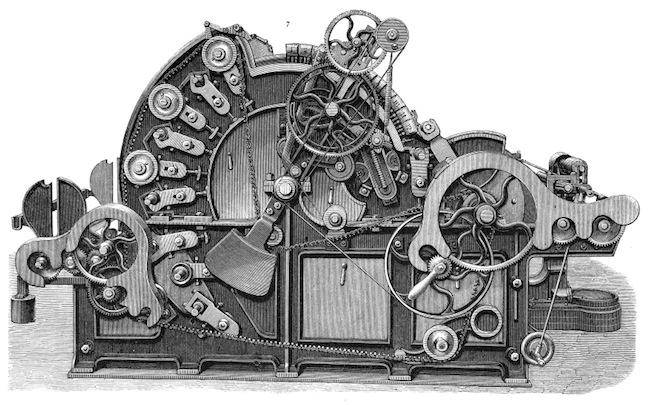 Many experts assume that Amazon’s social recommender system is its killer feature. But what exactly about this feature makes it a killer?

What — in fact — is the magic sauce of Amazon?

Sure, there is some predictive value in keeping track of many different variables. There always is. It’s probably Amazon’s best kept secret. But I am guessing it’s not only a secret for people outside of Amazon.

If you would ask me what the most persuasive ingredient is of the sauce, I would say it’s copy.

The smartest algorithms make sure you get to see products that you love (to buy). A recommendation engine knows what you really want, what you really really want. Computing thousands of variables is the key to predicting consumer behavior. Right?

Nah, I don’t buy it*. The black box probably does have an impact, but I know for sure that the copy does.

The power of a few simple words

The words “Customers who bought this also bought” are cues of social proof.

This is a very well known persuasive principle of social psychology. Offers that are accompanied by a social proof message will be more effective than those with a merely neutral message.

And while you are at it, also test “Our editors recommend” as copy with authority cues. I’d bet it will do better than the neutral version.

More and more scientists understand the essential part that psychology plays in what appears to be technological enhanced commerce. If technology gives you an unfair competitive advantage, it’s essential to know what is really at play. It’s not enough to say your black box is the secret sauce.

We shouldn’t spend millions of dollar on technology, just for the sake of technology. Or should we?

The rise of the machines? Not so fast …

I am not a technologist. That’s why I like bashing technology.

I do run a high-end software boutique though, and I am amazed by the number of companies that seem to have an undying hunger for more technology. Most of the time I don’t see much reason for it.

I think it’s safe to say that showing off to peers is a big part of the reason why luxurious yachts are being bought. “Darling … Henry bought his wife a yacht, so I was thinking of getting one for ourselves as well …”

Is a recommender system (technology) the best investment if you want to go from A to B? If you want to persuade people to buy your products I wouldn’t recommend putting all your hopes in black box technology.

I would advise you to better understand the psychology of consumer behavior.

Knowing why people buy will get you that unfair advantage that technology so often promises.

Understanding other people’s behavior might even shed light on why we buy recommender systems, or throw bunga bunga parties for that matter.

What do you think? Let me know in the comments.

*A big thank you to Sinan Aral, Dean Eckles and Mats Einarsen for pointing me in the direction of scientific papers on the topic.

Arjan Haring is cofounder of Science Rockstars, creators of PersuasionAPI. Supercharge your content by matching it to the persuasive DNA of your target audience.

Previous article: 5 Reasons You Should Embrace Rejection
Next article: 99 Ways to Market Your Art