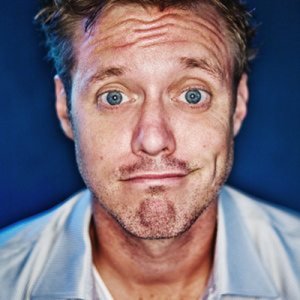 It’s one of the most frequent questions we get from online publishers: How do I find ideas for all this content that’s going to fuel my business?

We all face the blank screen every day. It’s not easy.

Ze Frank is an artist who illustrates — and overcomes — this creative struggle well. If you’re not familiar with him, his stuff can seem quite … unique.

He’s one of the best-known and most talented video artists/bloggers/content creators on the web. His “The Show” (running daily for one year only) started back in 2006. Through consistency, brilliant ideas, and a genius for tapping into the evolving interests of his audience, it quickly became the stuff of digital legend.

Ze’s back with a new show called “A Show”.

Though your content strategy probably differs radically from his, the opening episode is indeed an instructive and beautiful invocation for those of us working every day to make something great.

Below are 5 quick lessons in creativity I picked up from the start of Ze Frank’s brand new run. Watch his first episode below …

If you’re starting something, anything, and you feel uneasy about it, you’re in good company.

I don’t want to start. But I will. This is an invocation for anyone who hasn’t begun, who’s stuck in a terrible place between zero and one.
– Ze Frank

He truly doesn’t want to. But he truly wants to. Sound familiar?

Some of the best advice on starting I’ve read is to simply commit to a minimum viable amount of time. For instance, working on something for a mere 33 minutes can change your day, and therefore, your career.

2. Perfection is the enemy of everything

We all want it. None of us will ever get it.

Even though nobody in the history of the world has ever achieved perfection in their craft, we still believe the lie that it’s possible for us.

Even if it were possible to achieve, it would not be preferable …

Perfectionism may look good in his shiny shoes, but he’s a little bit of an asshole and no one invites him to their pool parties.
– Ze Frank

Accept it: perfection is not an option.

Faithfully learning, working, and submitting to the laws of your craft is an option. And, if you stay at it, it can eventually give you a living.

3. You don’t need VC, you need an audience

Ze doesn’t have viewers, he has Sports Racers (Google it).

From the early days of “The Show”, his devotion to his audience was clear. They weren’t a passive mass … they were part of the show itself.

He’s stated his respect for them — and for his current work — again:

Let me not think of my work only as a stepping stone to something else. And if it is, let me become fascinated with the shape of the stone.
– Ze Frank

Ze had some fairly radical (see: potentially expensive) ideas he wanted to run with in this new show. Whatever his early thoughts or conversations were on matters of budget, in the end, he turned to his faithful fans with a Kickstarter campaign.

The result was stunning.

In serving his audience, and adapting to their desires and needs, they showed up and gave him everything he needed (and more) to continue his work.

But do you know the true cost of your distractions?

Let me not hit up my Facebook like it’s a crack pipe … keep the browser closed.
– Ze Frank

Can you see there — off in the distance — what you might accomplish by keeping your browser closed?

5. Doing is the thing

Here’s a tweet from Ze, just a few days before the premier of his new show …

camera is on. pit in stomach activated.

If you’re human, and you care about your work, you know exactly what he’s talking about.

It’s the cost of actually doing something. The more important that something is, the bigger the pit-in-stomach.

Most of us are talented talkers. Few among us are faithful doers.

With apologies, allow me to quote a famous utterance … “Just do it.” It’s famous because it’s essential to creation.

Turn on the camera. Then do it again.

Let me remember that my courage is a wild dog. It won’t just come when I call it. I have to chase it down and hold on as tight as I can.
– Ze Frank

Will you do it? The comments below make for a nice microphone …