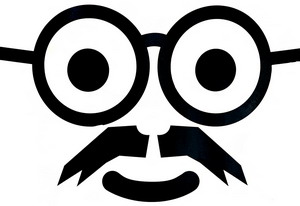 By definition a pun is “a play on words.” The “play” may be on the sound of a word or the similarity of a phrase to a well-known saying. Sometimes the pronunciation being played on is a stretch and deserves a groan, but sometimes the relationship is extremely apt and deserves the reward of an appreciative laugh.

H. W. Fowler (Modern English Usage) has this to say about those spoilsports who groan at puns regardless of whether the pun is funny or not:

The assumption that puns are per se contemptible betrayed by the habit of describing every pun not as a pun, but as a bad pun or a feeble pun, is a sign at once of sheepish docility and desire to seem superior. Puns are good, bad, and indifferent, and only those who lack the wit to make them are unaware of the fact.

People pun in every language, but English, with all our words with multiple meanings, is especially rich in opportunity. One of the beauties of the pun is that even little children can make them up. They’re especially common as the answer in riddles:

Little Girl: What did the beaver say to the tree?
Little Boy: Nice gnawing you.

Teacher: What do you get if you divide the circumference of a pumpkin by its diameter?
Student: Pumpkin pi.

Puns are often the punch line of an ordinary joke:

Two vultures boarded an airplane, each carried two dead raccoons. The stewardess looked at them and said, “I’m sorry, gentlemen, only one carrion allowed per passenger.”

The humor of some puns derives from a familiar expression in which one or more of the words is used in a different sense.

In the slogan Power to the People, the word “power” refers to political power. Put the same slogan on an electric co-op truck and you have a pun.

Sometimes the pun depends on rhythm and syllable count to suggest a familiar phrase:

Sign on an antique store: Den of antiquity (“den of iniquity,” common phrase used to describe a place where people do depraved things)

When a pun is clever, the punster deserves the reward of a genuine laugh.

For more puns, check out these two sites:

What about you? Got a punny comment for us?

Maeve Maddox is a writer for Daily Writing Tips, a blog focused on grammar, punctuation and spelling tips.

About the Author: Daniel Scocco is the owner of Daily Blog Tips. He is also the author of the "Make Money Blogging" ebook, which you can download for free by signing up for his newsletter here.

Previous article: Why Brains Crave Beneficial Copy
Next article: The Details Are In For the Magazine Headline Remix