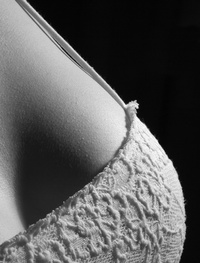 I remember the first big spike in traffic we received at the online publication I edited at the time.

It had to do with large breasts.

And it was one of the first lessons I had in traffic and – more importantly – quality traffic. It’s a lesson I still remember today when I write my blog.

Something journalists have in mind when we’re editing newspapers, magazines or online news sites – apart from reporting the news – is readership. That’s why headlines, for example, not only tell the story but often do so in an intriguing, thought-provoking way.

It’s also why some stories are chosen over others: they’ll be more interesting to readers.

It’s why (I think wrongly) the online newspaper I worked for several years ago followed the antics of Britney Spears and Lindsay Lohan like a drooling fan.

But back to the breasts.

Back in 2000 we published a story about a survey – which was spurious at best, I’m ashamed to admit – that found Dutch women had the largest breasts in Europe.

The story got picked up by the Drudge Report, which linked to it from its front page and sent our traffic through the roof.

More stories about breasts, please, said the company money guys. We like that lovely traffic.

But they were wrong.

The story did us little good. Indeed it probably harmed us.

Why Not All Traffic Is Created Equal

Because when we looked at where these visitors were coming from, they were in locations we weren’t targeting. (Frankly, I suspect most readers were 14-year-old boys in their bedrooms.)

And because we made money through selling advertising on the site, it harmed us commercially: our click-through rate on that day plummeted. After all, people from around the world who were looking for stories about breasts weren’t the kind of prospects the banks and insurance companies that were advertising on the site were likely to attract. These financial institutions wanted high-earning executives in two specific European countries.

So when, six years later, I worked on the traffic-obsessed website of a daily newspaper – and therefore delighted to cover the antics of Britney and Lindsay – I was wary. While those stories might have done well on Digg.com and given a jolt to the day’s traffic, they did little to grow the readership that really mattered. They didn’t attract the kind of readers the newspaper and its advertisers were interested in.

And they weren’t the kind of readers who would enter into a relationship with the newspaper.

Chasing Britney and Lindsay was like drinking a Coke for lunch – empty calories.

Instead of traffic for the sake of traffic, I like to think of “the right kind of traffic” – the kind of viewers who are likely to come back, subscribe to your RSS feed, and sign up for your email newsletter.

The rest just bounce like a bad check. And that’s fine.

The Three Rules of Targeted Traffic

So here are my three tips for getting the right kind of traffic for your blog.

Simon Payn has left the newspapering world and now blogs about the power of customer newsletters and offers real estate newsletters that Realtors can use to build relationships with clients and prospects. He’s also on Twitter.

Previous article: Do You Have Enough Passion to Be a Renegade?
Next article: How to Use Content Marketing to Turn Prospects into Buyers