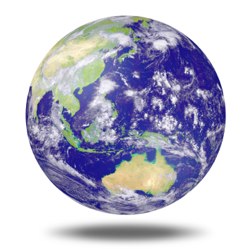 I had a great time at last weekend’s grandly-named World Domination Summit in Portland, hanging out with lots of smart people and generally getting geeky about online business.

There were tons of ideas floating around, from people at all stages of business.

Some were already very successful, others were just getting started.

But everyone I met was curious, engaged, and asking a bunch of great questions. This was clearly a community united by common values — and those values were woven, formally and informally, throughout the weekend.

Here were five ideas that I ran across again and again throughout the summit. See if you could apply some of this thinking to your own business.

You might not take over the world … but then again, you never know.

I think we all feel a fundamental shift in business … the dusty 20th-century models are starting to show some serious wear, and the nimble, smart small business is on the rise.

Instead of looking for guarantees and idiot-proof systems, look for experiments you can try in your business.

Do more of what works, and less of what doesn’t work.

Every serious business has to create its own path. You’re not some franchise sandwich shop, so don’t expect cookie-cutter advice to work for you. Instead, stay flexible and keep an open mind.

Your business is only as good as your brain.

Getting enough sleep, daily exercise, decent nutrition, and a solid mindfulness practice are all good places to start.

Don’t try to improve everything at once. But as part of your commitment to experimentation, start actively looking for practices that will improve your thinking.

When your mind becomes clearer, stronger, and more compassionate, your business will follow.

You probably aren’t stuck in an old model of traditional advertising. But you might be stuck with old-fashioned ways of thinking about what marketing is … and isn’t.

We’re big fans of traditional copywriting — but that doesn’t have to be delivered in traditional ways.

You might actively hate marketing — and that might be OK. As long as you’re comfortable with talking about what you do, explaining how that benefits customers, and letting customers know what to do next, you’ll do just fine. 🙂

You might call it a community of True Fans, a tribe, or a global microbrand.

Whatever the label may be, you need to have something to say … and you need an audience who’s paying attention.

The new, nimble businesses need to attract and cultivate an audience, rather than trying to buy it with expensive advertising. That’s why content is at the heart of everything we do.

If we have a “recipe” for business success, this is it:

The greatest businesses, from Apple to Zappo’s, start with:

What would happen if …?

I caught the premiere of Adam Baker’s terrific new documentary I’m Fine, Thanks … which is all about people who reject someone else’s definition of what they “should” be doing or what the “appropriate” ways to make a living are.

(The film is also absolutely packed with Copyblogger guest writers, carving out new paths and giving out some great advice. Not that I’m proud or anything ….)

When the film comes out on DVD, pick up a copy — you’ll see story after story of normal, ordinary people deciding they were sick and tired of living what someone else decided would be “normal, ordinary” lives.

There are some things we have to put up with, like gravity and the speed limit.

There are lots of things we don’t have to put up with.

And when you use that to take over the world, drop us a line and let us know all about it. 🙂

(Hats off to Chris Guillebeau for a putting together a great event!)