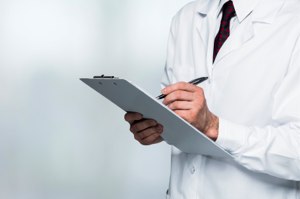 I sometimes hear that we’re in a “post-authority” culture.

I can see what people mean by it. We’re looking at doctors, religious leaders, and (lord knows) politicians with a skeptical eye.

The Occupy movement is a sign of a growing refusal to accept things “The way they’ve always been.”

And the millennial generation (at least in the eyes of those of us who passed 40 awhile back there) don’t seem to recognize the authority of anyone trying to tell them what to do.

They don’t accept arbitrary authority over what time they should be at work, what they ought to expect out of life, or whether or not they should wear pants.

But there’s another kind of authority that’s actually more important than ever. Create this, and you can write your own ticket to wherever you might want to go.

The 21st century authority isn’t a white-haired guy in a lab coat. Or, at least, the lab coat alone isn’t enough to get us to trust him.

That memorably ridiculous quote came from an 80s television ad for cough syrup, and it pretty well sums up what was wrong with traditional authority.

Too often, it was more about appearance than it was about actual knowledge.

Cheap products used to appear in drugstores with a little red banner saying, “As seen on TV!”

Now the banner reads “As seen on YouTube!” (Not a joke, I’ve seen it.)

But the human brain is wired to look for authority — especially when we need help.

And the more pathetic our traditional leaders become, the more we crave leadership. Which means that right now, we aren’t in a period of decline in authority — we’re in an era that needs it more than ever.

The source of real authority

Real authority comes from taking the time to learn how to solve real problems.

Sometimes it involves a piece of paper — a certification or a degree of some kind.

Sometimes it involves a lot of real-world work.

Sometimes it involves a major dose of street smarts.

You might solve esoteric, hard-to-solve problems. That can be very cool.

But you might also solve relatively simple problems for newbies. That can be tremendously cool also, actually.

Real authority comes from you being able to competently lead someone from where they are now to where they want to go next. That’s it. It’s not any more complicated than that.

If you aren’t an authority yourself, help someone who is

You may not be able to coach marathon runners, teach ninja software skills, or take a passionate quilter to a new level in her art.

But there are people out there who can do those things — and they desperately need partners.

That’s why, if you know a lot about a topic and you’re able to solve an audience’s real problems, you can build a brilliant business around that.

And if you don’t know a lot about any topic, and you don’t have the skill to make customers’ lives better, you can still build a brilliant business around that.

Your specific individual role isn’t that important. What matters is that you contribute — that you do the work of making your audiences’ lives better, in whatever way suits you best.

So how are you going to get there?

You may already have all the resources you need to build this kind of business — a business based on teaching your customers and making their lives better.

But if you need a little help with that, we do have some resources for you.

First and foremost, because we’ll be re-launching our flagship course Teaching Sells, we have a free content series for you, to help you figure out some of the common sticking spots.

Things like the 20-step road map that we use when we’re creating a new project, to make sure we’ve covered all of our bases.

And a live webinar that goes with the road map, so you know how to use it.

And articles about how business is changing, and how you can evolve along with it and “surf the wave” of change to your own advantage.

If that sounds good, go ahead and get on the Teaching Sells email list and we’ll get all of the content to you — straight to your inbox.

We’ll also be letting you know about how you can join us for this round of Teaching Sells, if you’d like more help in getting your business going.

The free content is only available during this pre-launch period, so sign up now to get all the good stuff.

About the Author: Sonia Simone is co-founder and CMO of Copyblogger Media. Get more from Sonia on twitter @soniasimone

Previous article: How Doctor Who Can Help You Craft a Timelessly Engaging Marketing Message
Next article: Four WordPress Themes for Building a Powerful Content Platform