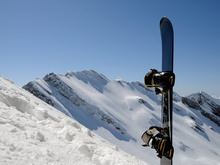 The massive pool of blood in my head pressed precariously against my brain. The doctors marveled that I was alive, much less walking and talking.

They looked and shook their heads in wonder at the MRI results. I politely reminded them I was indeed alive, awake, and actually in the room.

On May 9, 2005, they wheeled me in for emergency surgery, and I said goodbye to my wife, not quite three-year-old daughter, and newborn son. I knew that sometimes people don’t wake up from brain surgery, and this might be the last time I saw them.

It’s the beginning of 2005. I’m working way too hard, which is not surprising considering I’m managing three service businesses and a handful of online projects. My real estate businesses are booming because I’d learned how to use the Internet to generate leads around the clock, but to be honest, I’m much better at marketing then I am at managing all the people it took to keep those things going.

A buddy of mine from high school calls and says he has just the ticket — a ski trip to Tahoe. It’d been way too long since I got away, and given that my wife is seven months pregnant, I know things are going to get tougher before they get easier.

I decide to go no matter what.

I’ve never been much of a snowboarder, and some might wonder why a 37-year-old would pursue an extreme sport at all, but things like that routinely escape me. What’s the worst that could happen? Who wears a helmet?

The intensity of impact is still burned into my brain.

I’ve never felt anything that comes close to hitting the side of that mountain on a picturesque sunny day in Nevada. High school football, a few nasty fights, and more serious car accidents than anyone is entitled to survive simply didn’t compare.

As I lay there in the snow, I want to let go. It’s the first time I’ve ever considered simply giving up and slipping away. When the ski patrol comes by and expresses concern, I wave them away, and that’s what convinces me to get up.

So I slowly get up and walk away.

I feel terrible. Skiing is over for me, so I limp to the lodge to lick my wounds at the bar.

No blood, no foul, right?

I get back home and back to the grind. A month goes by, and the due date for the birth of my son comes and goes, as he pulls a couple false labors just to keep things interesting.

I have a constant headache. It’s a bit strange, since I never get headaches.

But hey … I’m working my tail off while raising a young daughter, and there’s a new little one reluctantly on the way. Who wouldn’t have a headache?

On April 13, 2005, the boy arrives. Everything is right with the world, headache or not.

Unfortunately, the pain in my head intensifies. Those of you who have children know how tough a new baby can be, so I don’t think much of it.

As May rolls in, I’m racked with pain. It’s horrible and debilitating, and I once again wonder about giving up. I can’t live this way.

Then the hallucinations begin.

Somehow, I survive the weekend. On Monday morning my wife literally drags me out of bed and takes me to get an MRI.

As I sit waiting for results, my biggest fear is not “You’re dying.” The answer I fear most is “We don’t know.” I can’t live this way.

The actual answer is: “You’re getting in an ambulance right now.”

A subdural hematoma is a traumatic brain injury where blood gathers between the outer protective covering of the brain and the brain itself. That snowboarding accident had sparked a slow leak in my head that became a bloody big critical situation.

We don’t know exactly how close, but death is definitely in the vicinity.

The Secret of Life

As the doctors explain the situation to me, I honestly have no fear. Given how badly I feel, I’m relieved … either a craniotomy will save my life and remove the pain, or I’ll die.

Problem solved, one way or the other.

I can still see the brave woman in the doorway, the three-week-old baby in her arms, and the confused little girl at her side. As I say goodbye to the three most important people in my life, my attitude changes.

To the extent it’s up to me, I’m waking up after surgery and everything is going to be great. In a strange bit of cosmic irony, I’m more positive than ever as I roll in to have my head cut open.

The anesthesia hits, and everything fades to black.

I suddenly hear voices, yet everything is a dark screen in an empty theater.

“I’m confused,” I manage to mumble.

“What do you want to know?” a disembodied voice replies.

“I think he’s okay,” the voice says, and the others laugh and clap.

Turns out I woke up after surgery in more ways than one.

For 7 years I’d wanted to operate solely online, and I knew I could do it. Why was I doing all that other stuff?

Because I told myself I was supposed to.

It’s all too easy to tell ourselves we can’t really do what we want. That it’s not practical, or it’s too hard, or that our dreams are selfish and not the “right thing” to do.

I got over that really fast. Every delusional and self-defeating system of thought I had carried around with me for years was revealed for what it was — my own mind creating false limitations.

Some call that enlightenment. I call it getting on with living the life I want to live.

So during the three-month recovery period I unload the real estate businesses, finally let the law license lapse, and launch two online projects I’d been putting off.

By the fall of 2005 I’m operating completely online. On December 11th I come up with an idea for a blog that will allow me to “join the conversation,” so I register a domain name. Copyblogger launches 29 days later.

What do you want to do?

Why aren’t you doing it?

I don’t care what your answer is … this is the only shot you’ve got. This is not a dress rehearsal.

Who are you to chase your dreams no matter what, you might ask?

Who are you NOT to?

Thanks for the inspiration Wendy.

Previous article: Are You Talkin’ to My Generation?
Next article: Can White Papers Make You Wealthy?