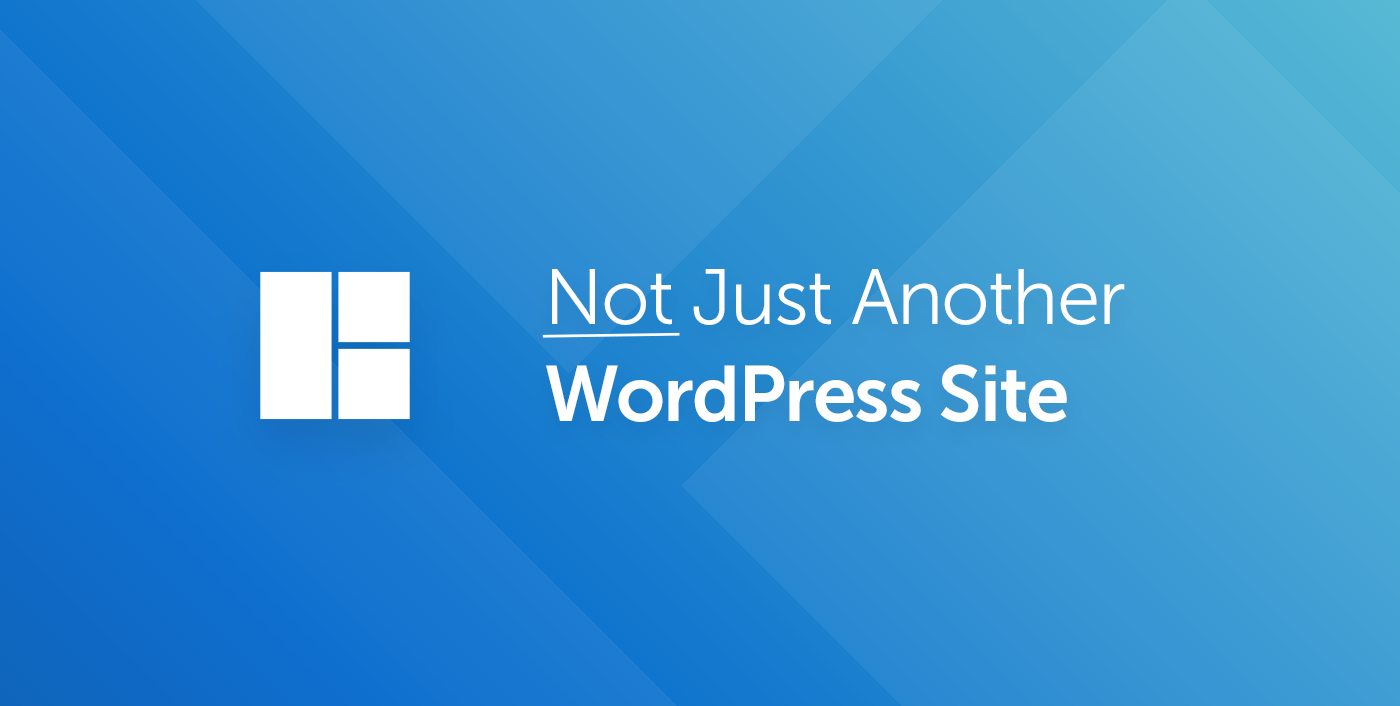 From 2010 through 2015, we at Rainmaker Digital built at a furious pace. Most of that effort was directed at development of the Rainmaker Platform.

During that entire time, StudioPress.com worked tirelessly in the background to bankroll our bootstrapped effort to create a full marketing automation platform without outside investors.

That said, we were always aware of the debt we owed to the StudioPress line of business, and more importantly, the community that had grown around the Genesis Framework. Which is to say, we always planned to come back to it and give it the love it deserved.

The idea for StudioPress Sites dates back to 2014. I wanted to do a “Squarespace for WordPress” that had the ease of an all-in-one website builder combined with the flexible power of WordPress.

In the spring of 2016, Tony Clark decided to run with the project. It began by having candid conversations with our StudioPress customers, and prominent people in the WordPress community.

Delivering another website builder wouldn’t be that tough (we knew how to do it thanks to Rainmaker). But that was only half the equation, which made it a bit trickier.

How do you incorporate the best aspects of a website builder like Squarespace or Wix, without locking people into an inflexible box that doesn’t benefit from the best parts of WordPress?

In other words, we needed to make WordPress easier in a hosted environment, while still allowing people to install the plugins and themes that they wanted.

Taking what we’d learned from Synthesis and Rainmaker, we’ve arrived at a solution that represents the best of both worlds. And you can bet we’re not going to stop making it even better with every step forward.

I’m not going to repeat all the features here, since you can check them out for yourself over at StudioPress. But I do want to point out a few aspects of this innovative hybrid solution.

So naturally, there are 20 mobile-optimized HTML5 designs included, powered by the industry standard Genesis Framework, plus a whole bunch of advanced SEO functionality. And there’s also a heightened emphasis on security and “hands off” maintenance.

But there’s one aspect that you need to pay particular attention to.

No bandwidth surprises or hidden charges

The primary difference between a website builder and self-hosted WordPress is that with the former, you’re dealing with software as a service (SaaS), while the latter is … well, hosting. Not only is self-hosted WordPress a pain to deal with, it can also lead to unexpected surprises if you actually succeed.

In this sense, StudioPress Sites is more like SaaS than hosting. You can set up your new site in just minutes on our server infrastructure that’s specifically optimized for peak WordPress performance.

Site speed and page load times are too important to be jammed on a box with hundreds of generic WordPress installs, which is what you get with traditional hosting. More importantly, you’ll never face the experience of your site crashing just because you succeed in getting big traffic.

That’s why we have two simple plans — Content and Commerce:

But here’s the thing … not only do you enjoy superior speed and performance with either StudioPress Site plan, you also avoid the financial hassle of self-hosted WordPress, like surprise expenses for bandwidth upcharges, storage, CPUs, and RAM.

Even as your StudioPress Site remains solid during surprise traffic spikes, you won’t pay extra for short-term success on the way to sustained higher traffic. It’s just one low, predictable price until you’re ready to move up.

Check out StudioPress Sites for yourself

Enough from me. Head over and see if StudioPress Sites is right for you.

In a nutshell, if you’re seeing success but hating the issues that come with low-cost WordPress hosting, this is for you. And if you’re thinking of starting a brand-new site … well, we want to get you started right.

Previous article: Creative Frameworks that Build Content Marketing Success
Next article: How to Create Content that Deeply Engages Your Audience