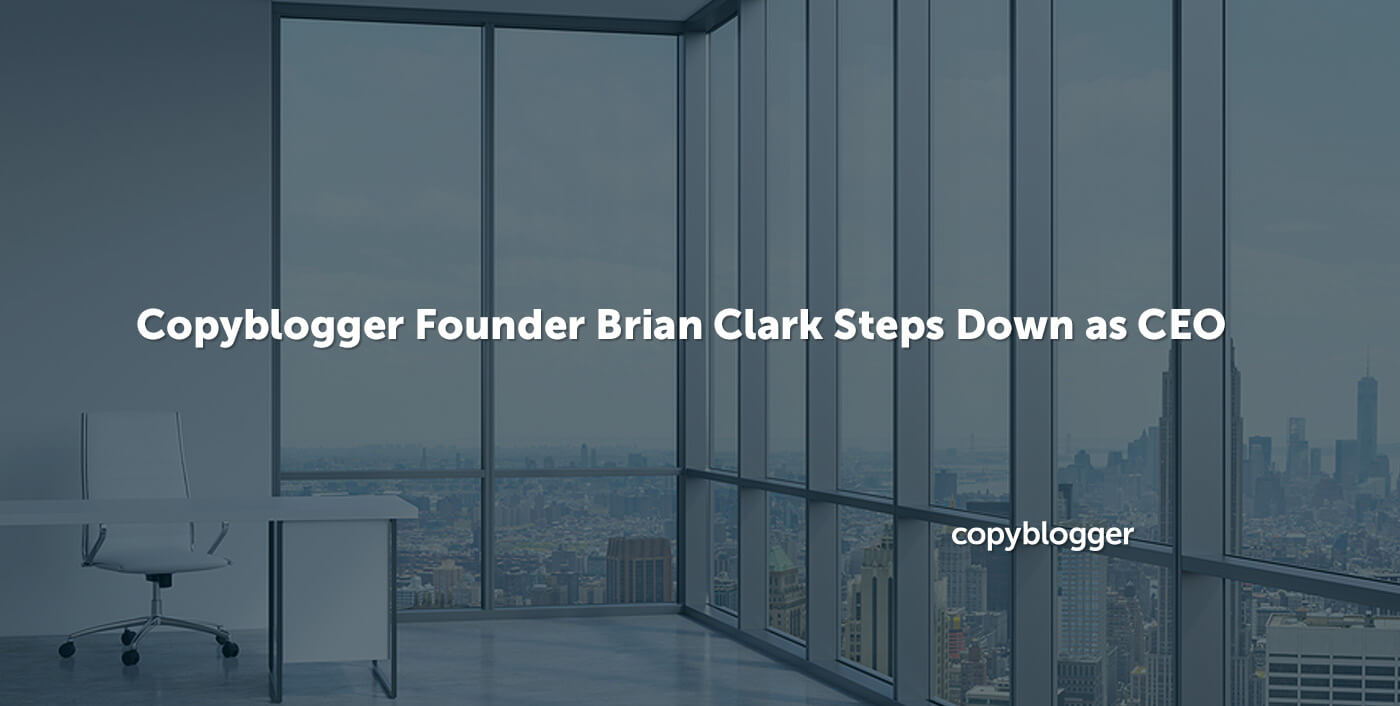 The time has come. Today, I’m stepping down as the head honcho of Copyblogger Media.

Since this thing started as a one-man blog back in 2006, I’ve been the one in charge, for better and for worse. Through the three startups that launched off the site between 2007 and 2009, to the array of products and services we introduced via Copyblogger Media between 2010 and 2017, it’s all been my fault.

I knew it was time to move on two years ago when I returned from my 7-month sabbatical. We had sold StudioPress and Rainmaker, and I was kinda done. But there were things to do and arrangements to be made before I could properly step down.

During the last two years, all my former partners accepted buy-out offers so they could pursue new projects. And in the process, I got a great new partner in Tim Stoddart, who is taking over day-to-day management of the company.

Tim has been running things more or less since the beginning of 2021, with me there at his side if he needed me (and that won’t change). He’s faced obstacles and challenges like a champ, and I have the utmost confidence in him going forward.

So what now? Well, Further and Unemployable, naturally. But also, something else from Copyblogger — our new content marketing agency. I’ll be the strategy guy and brand evangelist over there.

As I joked with our former VP of Marketing Robert Bruce the other day, I’ve officially entered my late David Ogilvy stage. In the near future, I plan to be squirreled away in my French chateau, writing angry memos about how no one listens to me anymore.

Jokes aside, I’m as excited and energized as ever to help evolve the world of content marketing, digital commerce, and the creator economy. Here’s to the next 15 years!

Previous article: Do You Make These 11 Common Grammar Mistakes When You Write?
Next article: Introducing Digital Commerce Partners: Our Content Marketing and SEO Agency