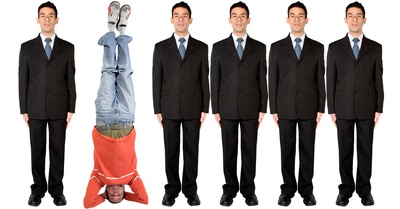 Naomi of IttyBiz is in the middle of a great series about how her blog made $176,000 so far this year through six different types of income streams. Start with the post at the bottom of the page and move to the top… great stuff.

Awesome article by Leo Babauta laying out how he built Zen Habits into one of the biggest blogs in the world.

Speaking of Twitter, Darren Rowse of Problogger has just launched a new blog—TwiTip, which is, you guessed it, a collection of Twitter tips. Loving that he built the blog with Thesis, and oh yeah… don’t forget to follow me on Twitter. 🙂

Texas Tech looks like the real deal this year in college football, and Jeff Sexton uses the team as the basis of a two-part tutorial on website optimization. Check out Part One and Part Two for great tips.

Chuck Westbrook is building a tribe of bloggers who help one another out. Check it out (I won’t even mention the theme he’s using).

Giovanna (a/k/a Mrs. Aaron Wall) put together a really useful pay-per-click flowchart that helps you make the most of Google AdWords, etc.

Jeff Walker is re-opening the doors to Product Launch Formula 2.0. It’s one the best online training courses around (I’ve gone through the training twice, paid for it twice, and made an enormous return on investment… and that’s just so far), so don’t miss out this time.

Previous article: Why Should Anyone Read Your Blog?
Next article: 3 Tips to Make Writing Less of a Struggle