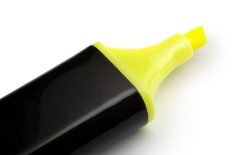 I’m going to take one of the traditional marketing guru’s sales letters. This one is fairly brief, but I’ll still split it over several lessons, because there’s a lot here to cover.

Then I’m going to translate that into how we’d do it in the “Third Tribe.”

(If you’re not sure what that is, here’s the background.)

In other words, we’ll take the same persuasion techniques that the high-pressure guys use, but we’ll creatively adapt them to a social media audience that hates hype and hates salespeople (or at least they think they do).

Please don’t misunderstand me. This is not a bad sales letter. In fact, this is a very skilled sales letter. It does what it sets out to do (and we’ll look more closely at the goals in a later lesson).

In certain business cases, it’s possible you would want to run a letter very much like this one. As long as your product is good and you’re always being 100% honest with your audience, there’s nothing inherently bad about it.

But right now, with the audience and community you have today, if you spring a letter like this on them, they’re going to run screaming for the exits.

When you use social media to build a village of customers, you can’t then run up with a “harpoon” style sales letter and try to shoot them in the head with it. It just isn’t going to work.

(If you haven’t read the article on The Harpoon or the Net: What’s the Right Copy Approach for Your Prospects?, go do that now and then come back. The whole thing will make much more sense to you if you do.)

Here’s the original headline from the sales page. I changed the actual product type to “Widget Creation” because it doesn’t actually matter at all what you’re selling. This is about the underlying architecture of a more typical “harpoon” piece versus creating a content net.

“Here’s YOUR CHANCE To INSTANTLY Tap Into The
Greatest Minds Of Widget-Creating History And Swipe
Their Most Powerful, Game-Changing
WIDGET-HACKING SECRETS To
Experience Your Own Monumental Widget-Creation BREAKTHROUGH!”

So, what’s the headline doing?

First and foremost, it’s grabbing our attention. If we’re into making widgets, this headline will probably at least slow us down and catch our interest.

If, that is, we don’t instantly click away because it’s so clearly and obviously an ad. (Because remember, both in and outside of social media, no one likes to be sold, no matter how much they may love to buy.)

This style works quite well for prospects who are in a hurry and who are looking for something to immediately solve a pressing problem — in this case, that they’re not happy with how they’re creating their widgets.

It doesn’t work well for those who are in more of a “browsing” mood, and who are looking for information.

So how do we do this in the Third Tribe?

Attention in social media comes as a result of knowing your stuff and having something valuable to contribute.

(It can also come from making a damned fool of yourself, but that’s tricky to monetize.)

You definitely do not need to be the most towering expert in your field. But you do have to know enough to make yourself consistently useful to your readers.

Assuming you’ve got something valuable to say, you then need to say it in a way that will command attention.

Strong headlines are just as important to your blog post or special report as they are to a sales letter like this one. But they can’t, as this one does, look like an ad.

So when you’re looking to capture attention with your content, take some serious care and time with your headline. Remember, the work of the headline is to get that first line of your content read. If you use an image, make it a good one that creates some emotional resonance for your reader. Then follow up with a digestible and insanely useful bit of content (what I’ve called cookie content) to keep the reader interested in what you have to say next.

This headline also makes a couple of promises.

First, this solution is going to be quick. (This is conveyed, of course, by the use of the word INSTANTLY, but also with the use of the verb “swipe,” suggesting that instead of painstakingly building your own widget-creation system, you’re just going to steal one that already works well.) The word BREAKTHROUGH also suggests immediate massive improvement, not just a modest incremental change.

Second, this solution is going to create something of an “insider’s club.” There’s a sense of a secret confederation here, a group who have the inside dope.

You get that from “Tap into the greatest minds” (suggesting a sort of Vulcan mind-meld with the legends of widget creation) and the use of the word “secrets” (one of the most powerful words in copywriting).

It’s also hinted at with the words YOUR CHANCE (note how prominently they’re highlighted), suggesting that you’re finally going to get a chance to crack into this elite club.

Because this is all being taken in by the prospect in about a second, there’s no subtlety. Anything important is called out visually so you don’t miss it. That’s why they’re using red to call out certain words, as well as all caps and the unnecessary quotation marks.

Harpoon copywriters can’t afford to be fussy about design. Their message has to be understood in the blink of an eye.

In a more content-driven sales system, you don’t use a single letter like this one to deliver your entire sales message.

Instead, you’d figure out the most important promises you’re making, and you create content that addresses each one.

One of the best tools for this is an email autoresponder sequence like the one you’re reading now. You could also do a series of blog posts.

So you’ve got to stay under the radar. But you can easily create valuable content that also communicates big promises like:

The first thing you need to think about is what kind of “big promise” you can make to your audience.

What pressing problem do you solve?
What pain do you remove?
What value do you add?
What pleasure do you create?
What freedom do you permit?
What connection do you allow?

You might have one answer or several. It’s fine to have several “big promises,” but you need at least one juicy one.

Then, think about how that might be translated into content. You might tell stories about people who have attained this promise. Or maybe you’ll give away some simple tools that allow the person to experience some of that promise immediately, today.

(For example, if your big promise is being able to become a master auto mechanic, your content might have quick ideas about small tweaks a beginning mechanic can make to immediately produce much better results.)

Also think about the best way to present that content. It could be a blog series, an email autoresponder sequence, or a PDF special report. Use whatever tool you think will work best for your particular audience.

And speaking of series, I’m going to continue this series-within-a-series in the next lesson, as we dive into the body of our traditional sales letter.

Looking forward to seeing you then!