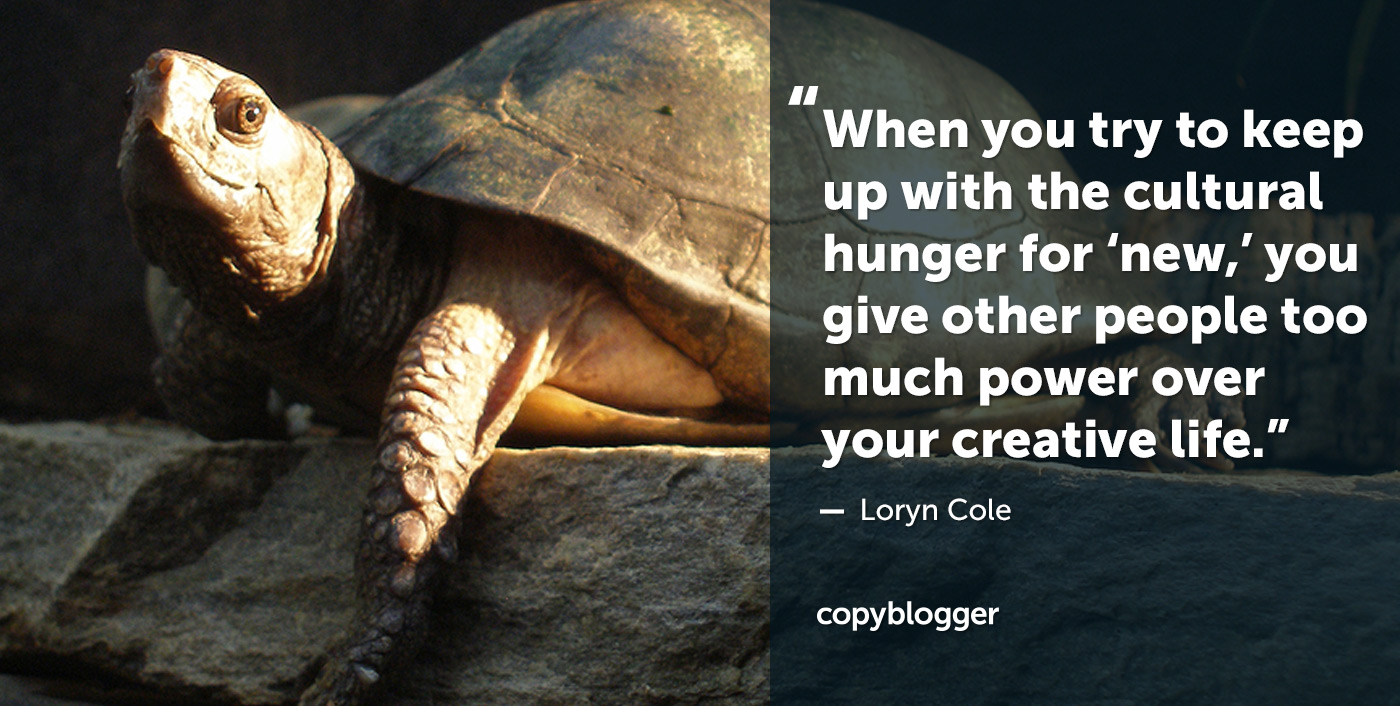 A few months ago, I had the immense good fortune to get invited to display my first motorcycle project at a popular show where I live in Portland.

Just finishing the bike was a huge accomplishment for me, so this invitation to the show was a dream come true.

In the weeks leading up to the event, I stressed over the details. I worried that people would see through the glossy paint and realize I didn’t actually know what I was doing.

But when the show finally arrived, it was better than I could have imagined.

People who had followed my build online sought me out to congratulate me, and I met several builders I admired. At the show, I started to see my build for the achievement it was.

But, in my conversations with these other enthusiasts, they kept asking this one question, a question that made my stomach churn:

“So, what are you going to build next?”

The first time someone asked me this question at the show, I was blindsided. I’d barely finished this build, and I was already supposed to be thinking about the next one?

I babbled a response about having “so many ideas!” But inside, I panicked.

Would a real builder already have her next big idea?

What would I do next?

At face value, it’s a simple question. But as I thought about it, and my reaction to it, I found a lot to unpack.

First, simply being asked the question is flattering. It means that, to some extent, the asker enjoyed my work and would be interested in seeing more of it. For that, I’m grateful and humbled.

But, despite the intent, this question triggered a flood of worry, and I wanted to know why.

Living in a “what’s next” world

When an experience comes to an end, it’s human to look to the next thing.

We tend to prefer the optimism of beginnings to the loss and goodbyes of endings.

But lately, I’ve started to notice that digital technologies have begun to preempt the question, assuming that we’ll ask it about even the smallest and most trivial things.

When you’ve reached the end of a series or movie, Netflix chooses something new for you, and auto-plays the trailer. After your music ends, Spotify keeps going with its own auto-generated playlist that’s supposed to match the mood.

Amazon tries to provide helpful ideas about what to buy next, even if it’s only a variation on the item you just purchased. (Sorry, Amazon, I only need the one toilet seat!)

And in the unlikely event you reach the end of your Facebook newsfeed, you’ll find yourself greeted with more pages to like, more “friends” to add.

So many platforms use these “never-ending stream” features because, well, they work. These features take advantage of a kind of mental momentum that keeps us watching and listening, buying and scrolling.

But what are these technologies doing to the people who use them?

Cherishing the quiet of the “in between”

Think back to the last time you finished a good book — a really good book.

After you turned the final page and read the last words, what did you do next?

Probably, you took a moment to let it soak in, to feel the full effect of the book and reflect on how it made you feel. It would have felt wrong to rush off to something else.

Yet, we’re becoming acclimated to that kind of life.

Instead of allowing ourselves time to feel the resonance of an experience, we’re training ourselves to move on to the next thing, fill the void with something new.

But that moment after an ending is important.

The nothingness at the end of an experience — whether it’s a book, a movie, or a two-year-long motorcycle project — gives us time to reflect, to absorb the full experience.

It gives us space to synthesize what we learned back into our daily lives.

The pressure of novelty for creators

Creators and inventors have always felt a pressure to move on to the next big thing. Asking a writer, artist, or engineer “What’s next?” is nothing new.

But thanks to the rapid communication of the internet, the half-life of our creations has gotten measurably shorter.

According to online self-publishing company Lulu, in the 1960s new best-selling books spent an average of 22 weeks on the New York Times Bestseller List. By 2005, that average was just two weeks.

It’s like spending all afternoon making dinner, then having to watch your kids demolish it in 10 minutes flat. And then they ask for dessert.

For creators, it’s hard not to feel pressured by our culture’s insatiable hunger for more.

But as many have found, trying to keep up with that demand is a maddening treadmill that ends, inevitably, in burnout and disillusionment.

When you try to keep up with the cultural hunger for “new,” you give other people too much power over your creative life.

The only way out is to get off the treadmill entirely. Give yourself the time you need to absorb the effects of the projects you complete and the experiences you’ve had.

When you allow yourself to be driven by what interests you and your own creativity, you don’t have to constantly ask yourself: “What’s next?”

The ideas will come, and society will still be there when they do.

No matter who you are or what you do for a living, it’s important to recognize that “what’s next” isn’t always a useful question.

Of course it feels good to have new ideas, opportunities, and experiences.

But if we focus only on the “new” and “next,” we deprive ourselves of the richness of endings and the reflection we find there.

We all need space to absorb our experiences, even if it means stepping off the treadmill of production, or disrupting the flow of consumption.

As for me and my motorcycle, I’ve decided that, for now, I’m not going to worry about the next build. When I’m ready to build another motorcycle, the ideas will come.