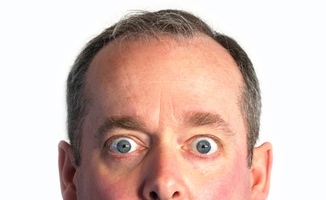 Novels use it. Movies use it. TV uses it.

There’s no reason why your content shouldn’t use it.

And one of the best ways to create drama is to disagree with your headline. (Yes, I said disagree).

So let’s look at an example:

Headline: The Logical Case For Increasing Your Prices

First Paragraph: Let’s do something really stupid: Let’s avoid increasing your prices. Let’s decrease them instead. By a whole 50%

That’s drama. And it’s dramatic because it takes the opposite stance from the headline.

The reason your reader is hooked into the article is because you wrote a powerful headline. Now once you’ve got attention, you can take the reader down the thread of ‘decreasing prices.’

Show him how stupid it is to decrease prices. Make the case. Then yank him back to ‘raising prices’ once again.

And instantly, you’re pulling the reader back and forth, just like they do in the movies. The drama is deliberate. Planned. And the jolts are designed to wake the reader up.

Because when you think about it, most people believe content creation is about mere words. But it’s not.

It’s about flow. And jolts. And drama.

These are all elements of drama.

If you see your content as just an article, all you’ll end up with is wimpy, icky, boring stuff. But if you see yourself as a director of a movie, you’ll insert drama.

And what better way to start off the drama than to disagree with your own headline?

About the Author: Sean D’Souza offers a free report on ‘Why Headlines Fail’ when you subscribe to his Psychotactics Newsletter. Check out his blog, too.

Previous article: Are You Trustworthy?
Next article: What is Lateral Action?