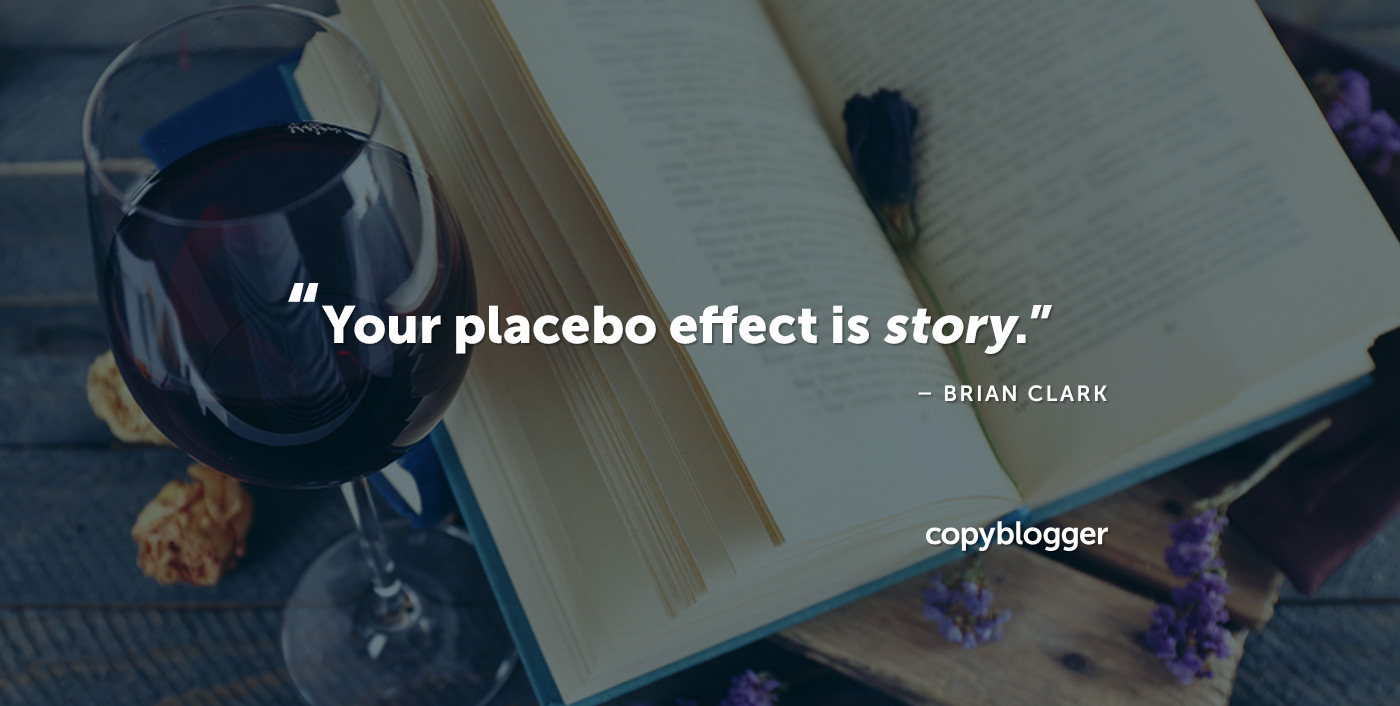 Back in the 1950s, a bedridden man faced certain death from cancer of the lymph nodes.

Tumors the size of oranges had invaded the man’s neck, groin, chest, and abdomen. The patient’s only hope was a new experimental cancer drug called Krebiozen.

Three days after initial treatment, the man was out of bed and joking with nurses. As treatment continued, his tumors shrunk in half.

Ten more days later, he was discharged from the hospital … the cancer was gone.

Strangely enough, none of the other cancer patients treated with Krebiozen showed any improvement.

Stranger still, a few years later it was conclusively determined that Krebiozen had no therapeutic value whatsoever.

Welcome to the power of the placebo effect.

The placebo effect, and the power of belief and experience

A placebo is, by definition, a substance that doesn’t actually provide the promised benefit — it’s not real.

The placebo effect, however, is very real.

According to Scientific American:

The placebo effect works in very real ways because people consciously believe the treatment will work. Not only that, but the experience of being treated, even with a “fake” medication, creates subconscious associations that lead to recovery.

Belief and experience are two vital ingredients of effective marketing as well.

The things we buy fulfill our expectations if belief and experience remain consistent, regardless of “reality.”

Consider the case of Riedel wine glasses, a highly successful line of glass-blown wine receptacles designed to deliver the wine’s “message” via the carefully crafted form of the glass.

In other words, the shape of the glass makes the wine taste better.

And yet Matthews, Parker, hundreds of other wine experts, and thousands of customers now swear it’s true. Taste tests throughout Europe and the U.S. proved time and again that wine — expensive, inexpensive, and middling — tasted better in Riedel glasses.

Except it’s not true. At least not empirically.

But subjectively, when belief in the glass and the experience of the glass are added back in the mix, it matters. And the wine does taste better to these people, just like the placebo effect can make people well.

So, how do you get a placebo effect going for your product or service?

Your placebo effect is story

The book is also one of his least read, because Godin accidentally proved his point by violating it — he told the story of how marketing really works in the context of lies, and his audience of marketers didn’t like that much.

This is what I mean when I say the audience determines what’s authentic. Not you, no matter how “real” you’re keeping it.

Godin thought he was keeping it real, but his audience largely rejected the story he was telling because of the frame he chose. And the frame is everything.

The basic idea is to frame your story in a way that matches the worldview of a subset of people. You tell the story of why you believe your product or service is exceptional, unique, or just plain better in a way that other people also believe to be true (authentic).

If your story is deemed authentic, people will kick in belief by telling the story to themselves, and buy.

If the experience of your product or service remains consistent with the belief, your story becomes their story, and these early adopters will become evangelists for you in a fervent crusade to convert non-believers and expand a tiny market into a larger one.

Yes, my language in that last sentence was intentional. This is how religions, cults, and Apple work as well.

Tell a story that spreads

But the people who dig your story have the power to spread it, now quicker and easier than ever.

For example, if you believe your Converse skate shoes are cooler than Vans, and wearing Converse makes you feel cooler, then as far as you’re concerned, you are cooler, all thanks to the story Converse (and you) are telling.

And you’re likely to validate the story you’re telling yourself by trying to get your friends to switch away from those whack Vans, too.

These stories are how your placebo effect spreads and becomes real to more and more people.

Georg Riedel passionately believes the story he tells about his wine glasses. And thousands happily agree with him, all thanks to the new reality that belief and experience create.

Previous article: 5 Things Successful Content Marketers Do to Make Sure Their Work Gets Read
Next article: 5 Steps to Protect Your Attention and Become a Better Thinker