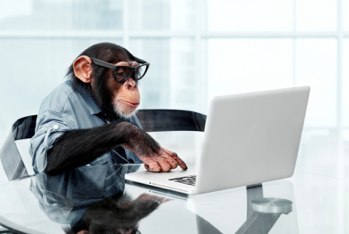 Are you familiar with the phrase Permission Marketing?

If you’re trying to sell anything online (including your ideas), you should be.

In 1999, a certain smart marketer made some observations about what kinds of persuasive communication worked well as we moved into the 21st century … and what kinds didn’t.

Permission marketing is the privilege (not the right) of delivering anticipated, personal and relevant messages to people who actually want to get them. ~Seth Godin

The 20th century was the era of interruption. Your favorite television shows were “brought to you by” an increasingly noisy set of ads for soap, cereal, and shiny new automobiles. Nearly all mass communication was supported by advertising — television, newspapers, radio.

The internet brought something different.

The attempt to “monetize” the web with advertising has been a mixed bag. There have been a few stunning successes (ok, one stunning success, Google AdWords — which succeeds because it delivers a marketing message at the precise time the customer is actually looking for one) and a lot of flops.

If you’ve spent any time at all on the web, you’ve noticed something: You cannot make anyone on the internet do anything they don’t want to do.

The net interprets censorship as damage and routes around it. ~John Gilmore

The internet routes around not just censorship, but any impediment to what its users feel like doing. It’s in the nature of the internet (and more to the point, of the people who use the internet) to “route around” experiences they don’t want.

You can’t force anyone to pay attention to you online. All you can do is entice.

Permission Marketing was an expanded observation of that fact, and an exploration of an alternative. Instead of trying to gain attention by being increasingly obnoxious, we can earn a prospect’s permission to deliver a message to them.

This calls for a whole new tool kit. If people are going to ask you to communicate with them, you have to come up with a form of marketing that’s too valuable to throw away. Advertising copy gives way to content — informative, interesting material that speaks to a highly informed customer.

Is Permission Marketing just another term for “email”?

Email has been the “killer app” for permission marketing for a long time. RSS seemed like a promising candidate, but never picked up widespread adoption. There are some interesting things you can do with permission and direct mail, if you have a massive budget and a wealth of experience … which most businesses don’t.

Email is a jewel of a tool for permission marketers, but sadly, most email marketers are still doing it wrong. The basic tenet of Permission — that you need to create content with enough intrinsic value that you earn prospect attention — is ignored most of the time. Spammers and phishers still sneak through, eroding prospect trust and killing conversion for the good guys. Companies still buy email lists, then use them to send unwanted garbage.

In other words, nearly everyone’s email box is cluttered with a tremendous amount of crap. So as Permission Marketing evolves, the question isn’t only How do I create content that’s so excellent that people will opt in for it?

It’s also How do I fight the Towering Wall of Crap and get my own message heard?

Please don’t misunderstand. Email is still what works. But there are other tools out there that can make it work much better — for your business, yes, but much more important, for your audience.

Boost the power of content by improving the context

Permission in 2013 depends more than ever on context. What does your site design look like? How’s the quality of material you publish for free? (For example, your blog posts and any free resources like white papers or ebooks.) How’s your reputation with your audience? With your colleagues, peers, and competitors? How do people talk about your business on social platforms like Google+ or Facebook?

Yes, you need excellent content. That’s always been the fuel that Permission Marketing runs on. But you also need to place that content into a context that lifts it above the ordinary.

Resist the dark side you must

Along with a rise in the awareness of permission marketing, there’s been a stark rise in permission window-dressing.

Behind all of this is a lack of courage. Companies get too big, too lawyered-up, or too beholden to their venture capital to actually say anything.

Content won’t work for you if you lack the courage to actually stand for something. Which is why it gives small business (and big, flexible businesses, as it happens) such a tremendous advantage. While the dinosaurs stare anxiously at the sky watching for meteors, you have the opportunity to dart in and take over the world.

The most important trait in all this is the willingness to say something worth saying — something that’s real, instead of a bowlful of lukewarm corporate glop.

Everything else can be outsourced or learned.

If you don’t know how to create remarkable content, you can bring in strong writers who will give your message a vibrant voice.

And if you don’t know how to promote that content, publish it in an appealing way, leverage it for more traffic, deploy it strategically, or create a robust content strategy … that’s what you have us for. You might start by attending Friday’s webinar on an evolved permission marketing strategy — how to go beyond the standard email opt-in to create a more remarkable audience experience.

Here’s where you can get more details on that. Hope to see you there!

Previous article: How To Leverage the Science of Relationships to Gain True Influence
Next article: Stop Hating on Marketing Automation, Try a Little Tenderness Instead