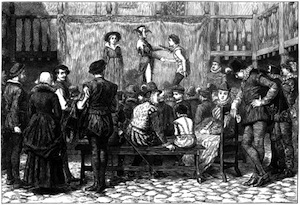 You probably know that finding the sweet spot in pricing the offer of your information product can make all the difference between generating substantial revenue and, well, running a promotion that bombs.

I’ve discovered something that adds a little icing to that sweet spot.

It all started when my husband mentioned a Kickstarter campaign for a boardgame where the designer let contributors pay what they wanted, with a minimum of $5, until a certain amount was reached. Then it turned to a pay-what-you-will model for everything over $10, and so on.

His campaign was a big success.

When my husband suggested I try this pricing strategy — pay-what-you-want, with a low initial requirement — to my Write for Magazines 8-week e-course, I told him he was nuts.

But then I started thinking about it …

I was charging $240 for the Premium level of my course, which includes 8 weeks of e-mail support, and $120 for a Basic version, which is basically the weekly lessons and assignments but no feedback. I always sold out the Premium level but would get only two or three Basic sign-ups.

Really, since I have to do nothing but send the lessons to the Basic students, it costs me zero to offer. Anything I earn over that is gravy.

Also, I was attracted to the idea of letting students place a value on what I was offering; this was a great way to see what people really thought of my course and also give me an idea of what the market will really bear.

So I decided to give it a try.

How I set up my revenue model

I planned to charge a $30 minimum for the Basic version of my e-course.

There were no scientific calculations involved here — I just made an intelligent guess at what price would attract students based on the market, while simultaneously not making me not feel resentful over charging too little.

Then I set up a PayPal button that let buyers enter whatever amount they were willing to pay.

I didn’t have to wait long.

The results of my experiment

I got my first sales almost immediately, and over the course of a few weeks I sold 128 Basic spots. Usually, I would sell a maximum of three (for total sales of $360). Instead, I made over 10 times that much.

Then, I offered my next e-course session for a pay-what-you-want pricing model, and got similar results.

I’ve now offered the course with this payment model three times for a total of $10,134 from 228 students.

Now, if I actually charged $44.00 from the get-go, would I have gotten as many students as did? I don’t think so. I think people are intrigued and attracted by the idea of choosing what to pay. Even better, people feel good about themselves for offering an extra 5 or 10 bucks.

And, if you’ve spent months or years building an audience that knows, likes and trusts you, this model should work even better. Your audience wants to support you, why not let them?

Since then, Carol Tice of the Freelance Writers Den and I have used the pay-what-you-want pricing model for the Audit version of two e-courses we collaborate on, and the results have been similar.

It’s been thrilling to have actual proof that people value what I have to offer, and to have a mechanism by which they can reward me for that value, even if it’s more than my asking price!

Now, it has to be said that I work damn hard to offer information of value to my readers and clients; I didn’t just pull an info product out of the air and hope to make it big.

I’ve spent years building trust, nurturing relationships, working in the trenches as a freelance writer, and sharing valuable, free information on my blog and through email and social networks.

To make pay-what-you-want pricing work, you have to start with an audience or readership that trusts you, and a product that’s the very best you can make it.

You also need to have a product that makes sense to sell at varying price points. Don’t implement pay-what-you-want for something like your consulting time, or a product with fixed costs.

Many entrepreneurs, writers, and bloggers offer e-books, special reports, and e-courses in addition to their main services. Could experimenting with a pay-what-you-want pricing model help them earn more? I’d love to hear your insights and experiences in the comments below …

Linda Formichelli is the founder and creative director at Hero's Journey Content, LLC, which offers personality-driven content for complex brands.

Previous article: 10 Steps to a Secure WordPress Website
Next article: The Essentials of Guest-Blogging Strategy for SEO, Traffic, and Audience-Building