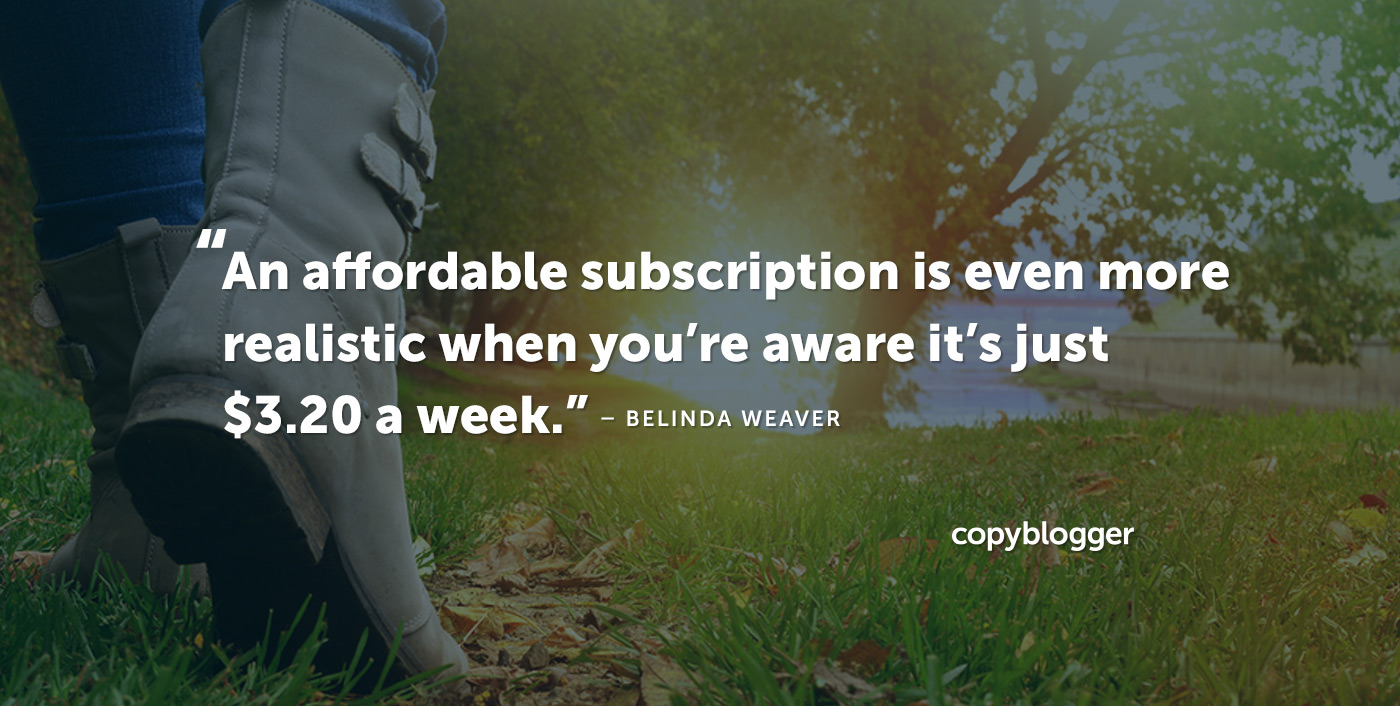 There are all sorts of rules about writing.

Rules like these imply that the way we refer to numerals influences how our readers perceive us. And that’s partly true.

But the way we present numbers and calculations in our copy can achieve so much more — and give those numbers some seriously super powers of persuasion.

Because using numbers in your copywriting is smart

Numerals give your readers’ brains a quick shortcut.

Plus, we’re so used to reading and counting with numbers that most people mentally translate words to numerals in order to parse their meaning.

Use numerals to draw a reader’s eye into your copy. Spell out numbers if you don’t want to call attention to them.

Monetary values, especially large ones, are much easier to read in numerals.

And the harder we make our readers work to understand our copy, the less likely they will buy.

67% is easier to read than sixty-seven percent, but a percentage is still a vague amount that’s hard to imagine.

That can work in your favor, as numerical percentages can minimize the focus on bad news.

For instance, only 1% of customers requesting a refund seems like less of an issue than 1 in every 100 customers.

But you don’t want to bury good news with a percentage.

“90% of dentists” recommending a particular toothpaste is good, but knowing that “9 out of 10 dentists” use that toothpaste sounds better.

Because we know 10 people, so we have a frame of reference.

Making life easier for your reader will level up the effectiveness of your copywriting because it’s easier to understand.

When math is involved, do the calculations for your reader

“… A really simple way to increase your conversion rate most often … if you put numbers on the page and there is math that has to be done, do the math for them.” – Joanna Wiebe

This little trick gives your numbers a superpower.

The power of being understood with no effort whatsoever.

In 1994, George Loewenstein, a behavioral economist at Carnegie Mellon University, shared the idea that when we want to know something — but don’t know it — it’s like having an itch we need to scratch.

To take away the itch, we need to fill the knowledge gap.

Some people can do calculations on the fly. Numbers just make sense to them, and it’s easy to work out a percentage or calculate the savings for an entire year.

I wish I was one of those people.

And you can bet many of your readers aren’t either.

Take the extra steps to close their knowledge gap (and keep them reading). In the process, you’ll add some credibility to your message.

If you want your copywriting to be more believable, add specific details.

They found that one of the six principles of all ideas that “stick” is to make them concrete — using digits and specific facts rather than broad statements.

Rather than saving some money on your next shopping bill, how about saving $97?

Instead of “more than 100,000 people signed up,” make it more precise: Join 100,654 people using this template to boost conversions.

Numbers can also help you explain a benefit.

An affordable subscription is even more realistic when you’re aware it’s just $3.20 a week.

Will I save some time? Boost credibility by being more specific and then doing the math on how many minutes each day, month, and year.

I save 20% on my upgrade. Sounds great, but how many dollars is that, exactly? If it’s a regular savings, how much am I saving a year?

When you’re talking about earning or saving money or time, calculate the numbers up to a year to give you some more impressive metrics.

The new freeway express lane will save you 10 minutes on your drive to work. You’ll have more than 6 extra hours a month just from your daily commute, or more than 3.5 days a year!

Since accuracy equates to credibility, uneven numbers are more believable than even numbers, which appear rounded off.

When you’re talking about spending money or time, a smaller measure can make a larger one seem more palatable.

Buy one year up front for $336/year. That’s just 92c a day for easy email marketing.

Drop that decimal point when you want the value to seem smaller.

Calculations and huge numbers are difficult to grasp and remember.

Providing a comparison helps readers turn the values into concrete objects, much like the context of a smaller group.

You can compare the spending (or saving) to something your reader will be familiar with and frame it against the transformation you’re offering.

For the price of a takeaway coffee per week, you could be …

And this doesn’t just work for money. You can make time saved more meaningful by giving it context.

The new freeway express lane will save you 10 minutes on your drive to work. You’ll have more than 6 extra hours a month just from your daily commute, or more than 3.5 days a year. That’s a long weekend mini-break you didn’t have before!

In their book Made to Stick, Chip Heath and Dan Heath give the example of comparing Sub-Saharan Africa aid (from the United States) with the frivolous purchases of soft drinks and movies, giving the two spends a strong emotional contrast in addition to context.

Make it easier for your reader to say “yes”

Whether or not numbers are your friend, you can give them a lot more power in your copywriting.

And when you do that, you make it a whole lot easier for your reader to say “yes.”

Belinda Weaver helps aspiring and working copywriters build successful businesses around their copy. You can dig into heaps of content at copywritematters.com including her daily dose of copywriting goodness.