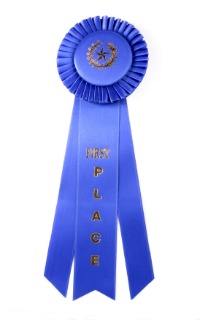 A couple of weeks ago, our friends at MarketingExperiments had the nifty idea of running a copywriting contest to find the best subject line to promote their upcoming landing page optimization conference, the Optimization Summit 2012.

We got 492 comments with your ideas for subject headers.

Some were clever, some funny, some serious.

Some of them shouted for attention, others delivered a quieter message.

We know you’re impatient to find out the results, so let’s get right to it.

The first thing we did was to narrow the hundreds of entries down to a few dozen strong entries:

Yes, we really did read every entry!

Obviously, this part of the process was highly subjective. We selected the first cut based on what we’ve seen work best with our own email marketing. That means we looked for email subject headers that caught our attention, that made a compelling promise, that were congruent with the message body (which, as you may remember, had already been written), and that didn’t look like spam.

Because MECLABS wanted to test varying approaches, we broke the best entries into three rough categories — subject headers based on Curiosity, headers based on product Benefits, and headers based on Fear. As you’ll see from our runners-up, the strongest headers often had elements of more than one of these factors.

There were a lot of headers that probably would have been effective, but that we did not include because we felt there would be a disconnect between the promise of the headline and what was delivered in the body of the message.

For example, we really liked the header “Testing — does this link work for you?” (We defined that one as a Curiosity headline.) But MECLABS had some concerns that the element of trickery would annoy their subscribers and lead to unsubscribes … definitely not the result we were after.

And, of course, CAN-SPAM and other anti-spam laws specifically prohibit email headers that are misleading. So if it could be interpreted as deception, we ruled it out.

We also looked for headers that felt in line with MarketingExperiment’s brand and with the voice that was used in the body of the email. Some of the headers submitted might have worked brilliantly … for another brand.

In the “Curiosity” category, we ended up going with Vince Robisch‘s entry:

Quarterbacks aren’t the only changes being tested in Denver.

Denver’s new quarterback has been hot news all over the country, and this header created a good “itch that needs scratching” — just what are those other changes being tested? In copywriting terms, this is known as entering the conversation already taking place in the prospect’s mind. MECLABS also liked the tie-in to the city where the conference was being held.

In the “Benefits” category, we decided on Shaun Connell‘s:

A scientific way to increase your conversions

This header includes both a benefit (improved conversion, which we know is highly desirable to MarketingExperiments’ audience), and also hints at a feature — at how we intend to get to that benefit, with the word “scientific.” This header also harnesses some of the power of curiosity as a secondary element — the reader has a reason to keep reading: to find out what, specifically, that scientific way might be.

Finally, in the “Fear” category, we liked Christine Parizo‘s:

Do your landing pages pass this test?

This is a solidly specific headline — the readers knows that the message will be about landing pages. Passing (or failing) tests is a common anxiety, and in a competitive economy, no one wants to have the landing pages that fail the test.

The word this is important (in fact, there was another entry for “Do your landing pages pass the test?”). That slight added element of specificity enhances reader curiosity to generate those clickthroughs.

The other subject headers

You may remember that our three email headers were going head-to-head against three headers chosen by the readers of the MarketingExperiments blog.

Those three headers were:

And the winner is …

Christine Parizo with “Do your landing pages pass this test?”

And just because we like to give stuff away, all six runners-up (including the three contestants over at MarketingExperiments) will receive a 90-day free membership to Third Tribe Marketing, our private community of online businesspeople. (We’ll be contacting those runners-up today with details.) The Third Tribe is currently closed to new members, but we know that six strategic, savvy marketers like these will fit right in.

You can see the results of all of the headers below, in a screenshot from the MECLABS Test Protocol, an internal tool they use to manage and validate all of their tests

For more details about the results, head on over to the MarketingExperiments blog.

Would this have been the one you’d have predicted to win? Anything that surprised you in these results? Let us know in the comments.

About the Author: Sonia Simone is co-founder and CMO of Copyblogger Media. Follow her on twitter @soniasimone

Previous article: Putting the Social Back into Social Media: 40 Ways to Build a Loyal Audience
Next article: The 7 Bad Habits of Insanely Productive People