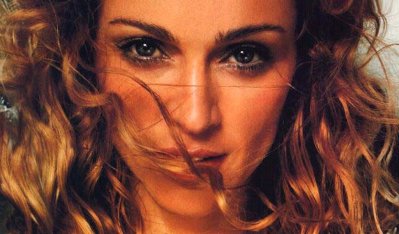 “Everyone is entitled to my opinion.”

Most people think of sex-soaked, counter-cultural extravagance when they reflect on Madonna’s career.

I see something else. Fearless mastery of her brand and message.

Madonna doesn’t flinch. She’s mastered her craft. She never lost sight of her goals. That’s why she’s the #1 female music performer of all time. Her dominance of the pop genre is the reason that virtually every performer (male and female) puts her on their Top 10 Greatest Talent list.

You can take a page from her book and rule your brand and niche with decade-spanning impunity.

The question is … do you have the guts?

You should take a moment to really consider this question, because A-List bloggers are known for their grit and stubbornness.

They speak their mind on Twitter. Write fearless and provocative posts. And routinely face down trolls and naysayers.

This is how they define their brand, attract a loyal following and earn cash (lots of it).

I’m sure you’ve thought about how to stand out in a sea of me-too blogs. Madonna’s career is chock-full of gems for helping your brand rise to the top of your niche.

Let’s take a look at six of Madonna’s most powerful lessons:

I stand for freedom of expression, doing what you believe in, and going after your dreams.
~ Madonna

What do you stand for? Click to your About page and review it with a critical eye.

Is your message a lukewarm, play-nice, utterly forgettable mess? Can you reader say without hesitation why you matter to them?

If you aren’t living a defined message, you are dying a slow death. That’s why Madonna has made defining and redefining her message her #1 priority for the last 20 years.

”We never had to cancel a show before,” she says in a low, doleful voice. “Never, never, never.”
~ Madonna

Madonna was born in Battle Creek, Michigan. I believe her good old-fashioned work ethic came from her solidly Midwestern upbringing 😉

Look around and you’ll see that every superstar (in whatever medium) has a relentless drive to keep delivering. They may not like the hours, but they know that the work is required.

That’s why it’s no surprise to see leading bloggers consistently publishing 3-4 quality posts every single week. They are writing books, speaking, tweeting, and hustling. Top performers look for ways to distant themselves from competitors by working hard and smart. Do likewise.

3. Be clear about what you want

Madonna’s negotiating skills are legendary in the recording industry.

She once was paid $5 million by Pepsi for a commercial they never even ran. They got cold feet. No matter — Madonna still got paid.

Madonna gets what she wants because she’s been focused on exactly that from Day 1.

Your blog is a powerful tool. But it’s as useless as concrete parachute if you aren’t working toward a goal.

A goal sets the tempo for your efforts. It focuses your activities and helps you set priorities. Most importantly, goals help you decide what you want and what you should ignore.

Sit down now … take out a sheet of paper and write three things you want your blog to deliver. Do this and you are on your way.

4. Be a work in progress

Have fun with your brand. Once you’ve set your goal, have a blast getting there.

Madonna’s legendary for changing her image to fit the times and her own personal journey. Early on, critics tried to pigeonhole Madonna as another big-hair pop act. “Like a Virgin” was her response. She’s gone on to tweak her brand image for two decades.

You’ll need to evolve too. Your core will stay the same, but your tactics will need to change.

You may have to dial up some part of your personality to make a mark, or abandon a project entirely. Have the wisdom to know what’s important for your brand. And while you’re at it, …

5. Don’t be afraid to bloody a few noses

Madonna has been denounced by parenting groups, ethics professors, politicians, and even the Vatican. Her fans don’t seem to care. She rewrote the book for women in show business and never backed down from a fight.

Better to live one year as a tiger than a hundred as a sheep.
~ Madonna

But the secret to real respect is to absorb criticism, learn from it if that makes sense, ignore the ones who aren’t your people anyway, and keep moving forward.

If everyone agrees with you, then you might not be saying anything worth talking about.

6. Don’t be afraid to break the rules

Blogging and social media is still the new kid on the block. But you would never know it from all the rules and guidelines that people preach. Everything from retweet etiquette to commenting guidelines are hotly contested in the blogosphere.

If Madonna blogged, I’m sure she would find creative ways to chuck these rules into the garbage. Maybe you should too.

I wouldn’t have turned out the way I was if I didn’t have all those old-fashioned values to rebel against.
~ Madonna

The rules exist to keep everyone pleasantly numb. It’s no coincidence that superstar bloggers happen to be the ones that learn how to ignore “how it’s supposed to be done.”

Nowadays Lady Gaga and Beyoncé get all of the attention, but Madonna was the original that these talented artists used for inspiration.

When I ask myself What Would Madonna Do, it isn’t shocking to see that her megastar strategies fit blogging like a velvet glove.

Conviction, creativity, hard work, and the courage to question the rules will never lose their appeal — much like Madonna.

About the Author: Stanford Smith obsesses about how to get passionate people’s blogs noticed and promoted at Pushing Social, except when he’s fishing with his boys. Follow him to get the latest about his new ebook “Get Noticed.”

Previous article: 3 Steps to Take Yourself from Good to Great
Next article: Copyblogger Weekly Wrap: Week of October 11, 2010