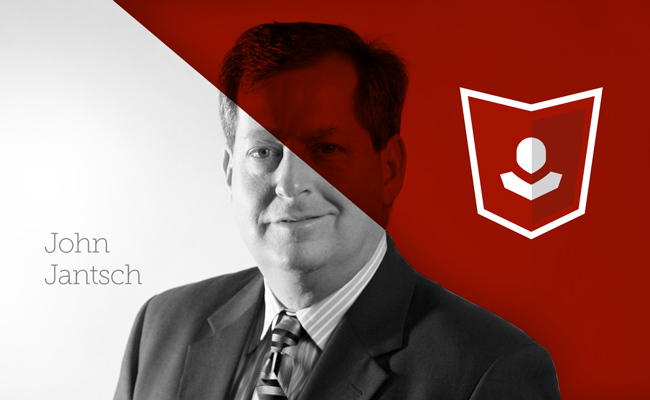 Authority is where it’s at these days.

Of course, as a Copyblogger reader you know that already.

Google values authority so much that it’s trying to build an authority measurement into its algorithm.

Authority has simply become the way to stand out and get ahead.

A great deal of the information put out on the topic of authority building centers on ways to create authoritative content, places to amplify that content, and even on the various plugins, SEO tactics, and networks one must use in order to build authority.

While much of that advice is relevant and essential, it often overlooks how the kind of authority that lasts is actually developed.

Long-lasting authority, the kind that evolves into a bankable asset, isn’t about tools and techniques — it’s about decisions you must make concerning how you show up day in and day out.

Surface authority is something a clever writer willing to spend a few extra hours a week to amplify content might be able to create.

Long-lasting authority takes some combination of the following five acts.

It’s easy to get talked into doing things you know you shouldn’t or, worse still, couldn’t, because you fear saying no would shut off other opportunities.

You know what shuts off future opportunities and erodes authority? Saying yes and doing a lousy or unfinished job.

People will respect you when you say no in the right way.

The key to saying no is to have a clear picture of what and why you do what you do.

Understand your true value and let go of constantly considering what others think about you. I think that last point is why saying no causes so much stress for some.

Here is a quote that is a great reminder of this idea:

What other people think of me is none of my business. One of the highest places you can get to is being independent of the good opinions of other people.

Saying yes is not simply the flip side of saying no.

Most of what we need to say yes to more often is the stuff that scares us.

In fact, think about that thing in your business right now that you don’t want to do, that you fear could be too hard, too risky, too big — that’s what you need to say yes to.

That resistance, as Stephen Pressfield calls it in the War of Art is a big fat call to say “Yes.” And you need to charge in eyes wide open, like … now!

3. Charge what you’re worth

This is one of the greatest traps for most business owners: charging too little for what you do, or remaining in the vise grip of hourly thinking.

Hourly thinking is rampant in pretty much any service business, and it’s a bit like quicksand as it will suck you under faster than any other business dynamic. You can’t make more time, so your only option is to fill every minute and charge more by the hour.

As a business owner, the value of what you are capable of delivering goes up with each passing day.

As you build more experience, more audience, more wins, and more results to draw from, your 15 minutes of brilliance on behalf of a client is worth thousands. So why are you still giving it away like it’s oxygen?

Here are some of the things your mind is telling you:

My friends at Freshbooks created a wonderful little free ebook on this topic called Breaking the Time Barrier — How to Unlock Your True Earning Potential (you can get a copy here).

Here’s my advice if you want to ramp up your authority quotient quickly: double your prices.

To make it work, figure out …

That’s all there is to it.

Back when I started my business, back before we officially had something we called social media, (yes, we somehow managed to have thriving businesses back then), I had a Friday habit that always paid off in a variety of ways.

Each Friday I would go through my customer and prospect list and pick out at least five people I had not spoken with or heard from in a few months. Then I would pick up the phone and try to connect. Even if I got voicemail I would leave a message stating I was just checking to see what was up. I continued this practice for years via email as well.

The thing that was always amazing was about 25 percent of those “reach outs” turned into a return call saying, “I was just thinking about calling you, I need such-and-such.” I may have gotten that call sometime later regardless, but I wonder.

Today I have a list of close relationships in a CRM tool called Nimble and settings that let me know when 30 days have passed since my last contact.

We have to stay in touch with and nurture our networks with intention. It’s where the greatest opportunity to build authority rests.

I don’t think that it’s possible to say thank you enough, but it’s worth a try.

I know that I’ve worked my butt off the last few decades, but I owe whatever measure of success and authority I’ve built to people who have both outwardly aided me and those many, many more whom I’ve never met that subscribe, share, and promote my efforts.

You know this to be true as well, so make thank you a habit.

Authority building is a lot of work.

You have to work at it consistently over the long haul.

But mostly, you have to work on the most important things first.

Which of the five ways to build long-lasting authority described above do you think is the most important?

What are some other important elements in building real authority that lasts?

Join us to discuss over at Google-Plus.

John will be a featured speaker at our content marketing and networking event — Authority Intensive — taking place May 7-9, 2014, in Denver, Colorado. The show is sold out, but stay tuned for details on next year’s Authority Intensive.

Previous article: Copyblogger’s 2014 State of Native Advertising Report
Next article: Why Parallax Design Doesn’t Have to Tank Your SEO