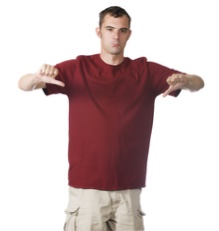 Any fool can criticize, condemn and complain… and most fools do. ~ Dale Carnegie

At some point somebody’s going to have something to say about something you’ve written, and you might not like it.

Your first reaction could be any one of these:

“Why is everyone smarter than me?” or “That’s it, I’m quitting,” or even… “I’m gonna find out where you live and head over to deliver a boot full of whoop-ass.”

Criticism comes with the territory when you put your work out there for people to read, so you’d better figure out ways to handle it confidently so that it doesn’t send you into a spiral of hurt or anger.

Someone’s said something bad about your writing? So what. No schools have burned down and no hospitals have exploded, so don’t take it so damn seriously.

Your writing has been read and people are talking about it – isn’t that what you wanted? Criticism is no big deal, so instead look at it with a playfulness, humor or even camaraderie. What could you do that would defuse things or put a human, humorous spin on things?

You wrote about your experience, your perspective and your ideas, and that’s just as it should be. Whoever criticized your writing (whether in a constructive or destructive way) is talking from their point of view based on their experience. And that’s just fine too.

Everyone looks at ‘reality’ through a filter based on what they’ve learned, and this filter puts a unique spin on everything you see and experience in the world.

That means that every opinion is valid, nobody’s right and it’s okay for people to disagree with you. Kind of gets you off the hook doesn’t it?

Believe it or not but some folks out there are idiots. Some folks are struggling, others are bitter and some others are just plain angry.

Some people will read what you’ve written, fly off the handle and spew abuse for the simple reason that they can.

Criticizing your writing is especially easy online as it’s an instant medium – in mere moments someone can appease their anger and scratch that itch by venting in your direction. This isn’t personal and it isn’t even about your words – it’s about them and where they are.

You get your ideas from the people and the world around you, so be curious. What is there in the criticism that’s new to you? What new idea has been presented or where are the points of difference?

Knowing that nobody’s right, there’s always another way to look at things. Take a look and see what you can learn – there just might be something incredibly useful.

The moment you feel your hackles rising, let it go. If you let it upset you what follows is anger, and to quote Yoda, that leads to the dark side.

Be sure to notice when you feel that piece of criticism being internalized and interrupt it. Look at the other 4 tips or find your own way of accepting things with grace.

Your work’s out there and it can’t be changed, and sometimes the very best thing to do is let it go and start on your next idea.