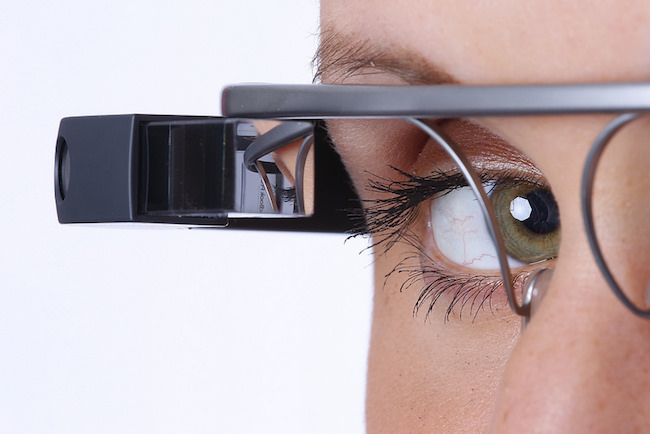 Have you ever wondered what the subreddit “ShittyBattleStations,” hammerhead sharks, and the Internet have in common?

But I recently discovered that the three seemingly unconnected entities all stretch my sense of nostalgia.

ShittyBattleStations is a subreddit where people share photographs of their gaming environments. Imagine bad camera angles of a bean bag chair, milk crate, high-powered computer, and a gallon of water.

It’s a place for snapshots of a subculture interested in avoiding the complex world — a subculture that reminds me of my own sad attempts as an adolescent to master Donkey Kong, since people scared the daylights out of me.

And I’ve been a fan of hammerhead sharks ever since Momaw Nadon’s cameo in the original Star Wars.

The Internet? Well, in the beginning, only a select few were entertained by slow-loading, grainy information and pixelated images. I stood aloof, fearful.

“You mean, like, I could talk to a stranger in Singapore?”

“I do believe that is terrible.”

It’s safe to say I’ve gotten over that anxiety, but a recent development has caused some of it to reemerge …

Let me simply say this: it can do everything your iPhone can do, but from a tiny device that sits on the frames of your glasses.

As you might expect, it draws attention like a walking hammerhead shark, has its own subculture of users (early adopters), and utilizes the Internet. But. But. But! Will it become an essential, commonly used tool? How widespread will the technology be twenty-five years from now?

Does Google Glass have a future? Should writers and content marketers even care? And since we’re on the subject of Google, how much attention should we give Google+?

I decided to ask Google Glass expert Rob Garner for his opinion. Rob is Chief Strategy Officer at Advice Interactive Group and author of Search and Social: The Definitive Guide to Real-Time Content Marketing.

Here’s an excerpt of our conversation where he answered all of my burning questions.

How practical is Google Glass?

I’ve been a Google Glass Explorer since last July, and I’m fascinated by the future prospects of this technology, as well as other wearable computing. Right now it could be considered elite, but when the price drops to where everyone can obtain it, it will be heavily utilized.

Google Glass will literally make you see some things differently in terms of data overlays in the physical world and ergonomics.

Will the average person get value out of it?

The only people who seem to be jaded about it are folks who haven’t tried it and those who perceive it as a threat to privacy, which is actually a non-issue when compared to other things people have commonly accepted in their lives, such as biometrics and airport full-body scanning machines.

The bottom line is that Google Glass is for everybody, and in a way it’s like a reinvention of the Internet. I remember when the Internet first started, and a lot of people didn’t think it was viable.

I should be recording reactions to Google Glass now, so I can play them back in 20 years.

Should marketers and advertisers use Google Glass?

There is a huge first-mover advantage for marketers who figure out smart ways to use it with their businesses. If you can’t think of a use, you probably haven’t thought hard enough.

I really love Google Glass for hands-free photography and sharing, which is one of its most popular uses. For real-time content marketing, nothing beats it. I can take a photo and share it on any one of several social networks within seconds.

And it’s compelling because it keeps social audiences up-to-date on immediate news, whatever that may be for you or your business. I don’t sit around taking shots of my desk at work, but when I’m at an event and see something interesting, it’s a quick content win.

In addition, the voice-to-text capabilities of Google Glass are very impressive. You can actually post and share text to social networks by voice alone.

What is Google Now? Is it useful for content marketers, brands, and advertisers? Why?

Google Now can be thought of as Google Glass’s brain. It combines a number of Google services, like Gmail and Google Calendars, and actually ties in some real intelligence. Google Now (via Glass or smartphone) will tell you when you have an appointment, so you don’t have to check your calendar.

If you’re traveling, Google Now will update you if your flight has been delayed. It basically ties in your data in a very useful way.

What’s it like to wear Google Glass everywhere? How do people react to the device?

Some days it’s like being a celebrity, and other days you don’t feel like having the attention. I typically wear it for 10 to 20 percent of the days I’m using it and have found certain situations where it’s a must-have, like driving on a long trip or going to a conference.

A lot of people give me what I call the “caveman” look. When they see Google Glass, they kind of hunch around and look up and down at it, the way I picture the first cavemen encountering fire would act.

Kids love it, and generally most people are awed by the prospect of having the equivalent of an iPhone strapped to your face. It’s a lot of fun.

The latest on Google+

Vic Gundotra (the man behind Google+) is no longer with Google. What’s the future of Google+?

We’re going to see continued use of the platform throughout Google’s other products and services.

Would you recommend Google+ to content marketers who aren’t currently using it?

I recommend it to marketers who are concerned about their Google visibility across various Google channels and those who want to reach its users. It’s also a must for authors and publishers, which includes just about everyone on the Internet.

Yes, I do think it’s the best platform for content marketers. Google+ is the perfect synthesis of search and social together, especially as it relates to content production and consumption. No other social network has the raw algorithmic power to process content for relevancy, recency, authority, and theme than Google+.

Google Glass and your business

Do you think Google Glass will play an important role in content marketing?

Can you think of creative ways to use the new technology to benefit your business?

Join the discussion on Google+, and let us know if you’re ready to embrace looking like an Internet-enabled hammerhead shark!

Previous article: What You Need to Know About Canada’s New Anti-Spam Law
Next article: 13 Reasons to Be Pretty Damn Euphoric You Are a Freelancer