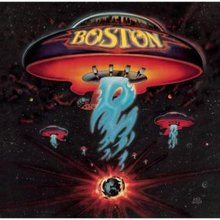 Back in 1976, the music industry was in a full-tilt disco craze.

All the smart money was chasing new disco acts based on the success of tunes like The Hustle and Jive Talkin’ by the Bee Gees in 1975. Rock was dead they all said, and this is even before Saturday Night Fever brought disco to middle America.

But then just another band out of Boston turned that wisdom on its head.

Boston founder Tom Scholz struggled to get a record deal. And even after he signed with Epic, he got nothing but hassle from the label as he fought to release the band’s eponymous debut.

Eventually, Scholz prevailed and Boston was released. It remains the best-selling debut album in U.S. history, with over 17 million copies sold.

Of course, the bandwagon ensued. Boston spawned an entire industry genre (poetically known as Corporate Rock) as music marketing executives scrambled to produce loads of radio-friendly rock for the masses.

The corporate rock trend continued throughout the 80s and into the 90s, reaching its ridiculous extreme with packaged metal “hair bands.” For every Guns N’ Roses there were ten poseur acts aimed at 13-year-old girls everywhere. 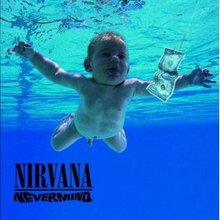 Then in 1991, 15 years after Boston, history repeated itself. A band from Seattle did something that wasn’t supposed to work.

As a long-time fan of alternative music, I still vividly remember the day. I was driving on Loop 610 in Houston, and Smells Like Teen Spirit came on the local rock station.

To me, the world changed. Nirvana was not supposed to be on the radio.

Of course, the bandwagon ensued. Soon we had Clear Channel “alternative” rock stations (an oxymoron of epic proportions) and Britney and the boy bands became the next big thing.

You can make money chasing trends and being a “me too” marketer. The biggest winners, however, come not from chasing, but from running in a different direction.

What’s the conventional wisdom in your industry or niche?

Now, what can you do that’s not supposed to work?

Previous article: The Gary Vaynerchuk Guide to Enthusiastic Copy
Next article: Three Questions Your Copy Must Answer to Succeed