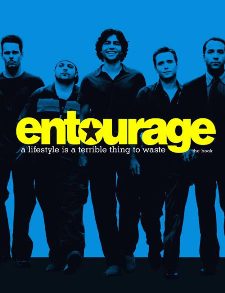 There’s just something about those filthy Entourage boys that gets to me — in a good way.

Haven’t seen the show? It’s crass. It’s sexist, often to the point of being misogynistic. It’s so politically incorrect that sometimes I have to look away.

Also, it’s hilarious and it brings me joy.

Like a lot of successful entertainment, the show is built around archetypes that are larger than the individual characters they play. And those archetypes can actually get you more work, more money, and more enjoyment as a freelancer. I won’t say they’ll let you have quite as much fun as a rich movie star, but it’s close.

If you haven’t seen it, here’s the thumbnail premise: Vince, a 20-something kid from the streets of Queens, has become a movie star and is living large in Hollywood. He’s always got his three best friends from the ‘hood by his side.

Things are thrown at them: money, women, sex, nice cars.

And they throw a lot back: attitude, laughter, happiness, charm.

Interestingly, unlike so many well-reviewed shows on cable, each episode ends well. There’s no cliff-hanger leaving a main character half-dead on the floor at the season’s end. As the credits roll, the viewer feels good (and rich and stoned and satiated) by proxy.

In these hard financial times, as a freelance copywriter and blogger, I take heart in their happiness, optimism, and faith.

So I’m going to live my freelancer’s life Entourage-style. Here’s how:

Johnny Drama is a washed-up “D-list” actor who is (in my opinion) unattractive, annoying, and talentless.

But he has no idea.

He thinks he’s a god, resting on the laurels of acting jobs past. He walks around like he owns the place and he assumes that everyone loves him. He works hard and somehow manages to get work. As a result, his star is rising again.

Channeling Johnny Drama is about putting yourself out there, believing in yourself no matter what, and never, ever giving up.

Ari Gold is a hilariously obnoxious, egotistical power agent. He has an uncanny knack for digging up dirt and knowing everything about everyone. It helps him get his way.

As a freelancer, you want to dig up some dirt of your own. Find the companies you want to work for and then find their Achilles heel.

No, I don’t mean blackmail the Marketing Director because you know he’s sleeping with his assistant.

I mean dig and find out what that juicy client’s most pressing problems are. Then show up to present yourself as the solution.

Most of the women on the show sleep with whoever, whenever, wherever. Most important to the show’s premise, they sleep with Vince’s friends (yes, his entourage) to get close to Vince.

But do do this:

Network. Talk to people. Including those you think are “big, important” people.

Seriously, this is not a time to be shy or play small. Talk about what you do, spread the word around like mustard on a pastrami sandwich. Keep making connections, and with a little luck, one day, you’ll get to sleep with the big guy.

(Just to be clear, by sleep with I mean write for, and by big guy I mean a huge client that employs you over and over again and pays you a lot of money.)

Ari’s assistant-turned-agent is happy, enthusiastic and loyal. He keeps his word and he fights for his people. And they don’t forget.

In the freelancing world, if you can be a good person, an honest person, and a loyal person, if you follow through and do what you say you’ll do, if you’re reliable and you perform well, then you will get hired again and again.

And people will say nice things about you to other potential clients.

Sure, he’s rich, beautiful, and has more charisma than a box full of puppies.

But he also has an amazing attitude: It’s all good, it’s all easy, it’ll all work out.

He’s surrounded himself with people he trusts — no matter what. They’ve got his back . . . and that gives him a sense of safety that oozes off of him. People like him, they want to work with him, they want to be around him.

I think this is the most important point on the list. If you sit around sunk in doom and gloom, 1) no one will want to be around you, 2) you won’t have the energy or inspiration to change your situation, and 3) well, you know all the things they say go along with a bad attitude. High blood pressure, heart disease, acne, swine flu, leprosy, you name it. It’s bad news.

Buck up, fake it till you make it, be the change you want to see in your inbox — and all those other clichés.

And, maybe — just maybe — the clients, jobs, and opportunities will be on you like . . . well, like an entourage on a star.

Previous article: The Alexander Graham Bell Guide to Changing the World
Next article: Romance 101: How to Use Feminine Words That Sell