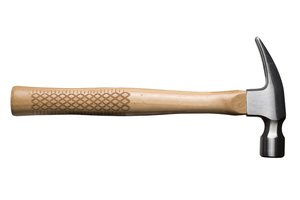 “I think there is a world market for maybe five computers.” ~Thomas Watson, chairman of IBM, 1943

“There is no reason anyone would want a computer in their home.” ~Ken Olson, president and founder of Digital Equipment Corp., 1977

“We don’t like their sound, and guitar music is on the way out.” ~Decca Recording Co. rejecting the Beatles, 1962

“I’m just glad it’ll be Clark Gable who’s falling on his face and not Gary Cooper.” ~Gary Cooper turning down “Gone With the Wind.”

“This ‘telephone’ has too many shortcomings to be seriously considered as a means of communication. ~Western Union internal memo, 1876.

“The concept is interesting… but to earn better than a ‘C,’ the idea must be feasible.” ~Yale professor on conceptual paper that became FedEx.

“What would I do? I’d shut it down and give the money back to the shareholders.” ~Michael Dell on Apple, 1997.

“Everything that can be invented has been invented.” ~Charles H. Duell, Commissioner, U.S. Office of Patents, 1899.

“The next time you make an assumption, see what happens when you do the opposite.” ~me

Originally composed on Twitter, one quote at a time.

About the Author: Brian Clark is the founding editor of Copyblogger, and co-founder of Teaching Sells and Lateral Action.

Previous article: Is the “F Word” Really So Bad?
Next article: How to Lose 30 Pounds of Word Flab Overnight