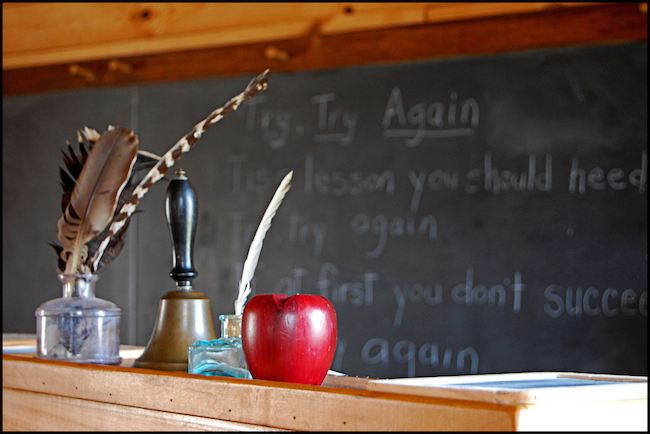 If you’re marketing for an early-stage startup, every second counts.

Any mistake is a massive setback.

During our content marketing journey with Spectafy, a real-time photo sharing app, we made plenty of mistakes.

Fortunately for you, we kept track of what works and what doesn’t to help you avoid wasting time with your own content marketing efforts.

Spectafy is a real-time photo sharing app that allows you to choose a location, such as the beach, and request an image from that location.

Someone at the location will be prompted to reply with an image, and then you will know how busy it is, what the weather is like, and how big the waves are, to help you determine whether or not you want to go there.

Now that you know what the app does, let’s jump straight in!

Here are seven content marketing lessons we learned while launching Spectafy that you can adopt for your startup.

For the first few weeks, we wasted a lot of time trying to explain Spectafy.

This was a huge mistake.

Once we used UserTesting to get objective feedback, we discovered we were trying to talk about what Spectafy can do in as few words as possible, rather than showing what you can do with Spectafy.

Focus on the benefit of your product or service.

In May, we changed our headline from “Spectafy gives you real-time visual information, instantly” to simply, “See what’s happening right now.”

Over the next 30 days, we had an 184.62-percent conversion rate increase on the homepage, which led to a 275-percent increase in goal completions for our early-access call to action at the bottom of the page.

Lesson learned: Focus on benefits, and show those benefits, rather than explaining features.

A reader is far more likely to remember a visual representation of a headline or action. Icons are popular because they’re easily recalled and actionable. (That’s why so many icons are included in the landing page feature of Rainmaker.)

Throughout the Spectafy homepage, we displayed visuals of specific use cases.

These beautiful and educational visual representations helped anchor the user’s attention and led to a 331.25-percent increase in conversions to our early-access list from the homepage in one month.

We focused a lot of our content and examples around activities the Spectafy team would personally use the app for within the local San Francisco community: finding the perfect surf spot, locating pickup basketball games, visiting the farmers’ market, or going to the Golden Gate Bridge.

We built “personas” for our preferred audience (on-the-go people in San Francisco), which established a subliminal connection to the benefits of using the app.

Specifying a launch location and focusing on local content breeds trust from people within a community and increases the probability that they will sign up.

Lesson learned: Focusing on a small audience helps you hit a big market by facilitating a sharing mentality within a very engaged community.

Early on, as any startup should, we tried to generate traffic from content we had on the site.

One way we decided to do this, mainly due to our involvement in the community on these platforms, was to promote our content on Reddit and StumbleUpon.

We quickly learned it wasn’t worth the time.

On Reddit, we had a ton of views and impressions on our blog posts and a good amount of feedback in the comments, but no conversions.

StumbleUpon was essentially the same experience. Even though it remains our largest traffic source, it hasn’t produced any conversions.

5. Focus on the right audience

We quickly learned that this was the best option for promoting Spectafy off-site, other than through editorial content.

Betalist is the king.

When Spectafy’s Betalist listing went live, we had a surge of highly primed traffic that converted like magic. We have a 21.63-percent conversion rate from traffic referred from Betalist’s “Visit Site” link.

We made sure the homepage converted perfectly before this listing went live, so we could reap every bit of the benefit from this highly targeted traffic, and boy did it work. It remains the highest converting referrer to Spectafy.

Lesson learned: Focus on engaged networks that are primed to convert. You may receive less traffic, but you’ll get far more conversions.

Syndicating content has been a no-no in the SEO community for quite a while, but I pretty much set that aside and said “to hell with it” when implementing this tactic for Spectafy.

I’ve gained a quick flood of traffic from personal Medium posts when they connect with the right group, so I decided to apply the same principles to see if we could create some cool content marketing buzz around Spectafy.

We nailed down topics that would go over well on this collection, but also on Medium as a whole, just in case they were picked up on the front page of the site (where the real floodgates of traffic open up).

While our Spectafy blog posts all had a strong call to action, our Medium blog posts were less direct.

We pushed out a few posts, and one in particular had over 1,500 views in two days; it also got picked up in the “Most Recommended” section on Medium’s front page. The post was named “3 Types of Visual Information We Use Everyday, And Why They Work” and converted well due to the large amount of useful information and strong visual themes.

Lesson learned: We haven’t had any negative SEO repercussions from syndicating quality content on Medium, and it remains one of our highest converting sources of traffic.

Editor’s note: To ensure that search engines know the syndicated article originated on your site, be sure to use the rel=”canonical” meta tag to point back to the original article from the syndicated page.

When we were writing one of our blog posts, “The End Goal of Productivity is Not More Time for Kitten Videos,” we had this funny idea to make satirical landing pages focusing on Internet fads.

Specifically we focused on kittens and Game of Thrones.

We linked to these pages and promoted them within the blog post, essentially thinking that it would be funny to bait people into clicking on these pages, and when they got there they would laugh and sign up.

We overlooked the fact that we had tricked them into clicking on a sign-up page and they would probably react to this betrayal with a bounce, instead of a sign up.

These pages had a ton of traffic and not a single conversion.

Lesson learned: Don’t use tricks; they don’t convert. This kind of content may be fun to make, and it may even quickly communicate a bit of company culture, but you don’t want to trick your customers. Period.

What content marketing lessons have you learned while developing your business?

Have you ever tried any of the strategies listed above?

Editor’s note: If you found this post useful, we recommend you read this case study about one of the most famous and inspiring content marketing success stories: Case Study: How Content Marketing Saved this Brick-and-Mortar Business.

Sean Smith is a content marketer and social media strategy consultant, having worked with brands like Best Western, Holiday Inn, Bidsketch, and Baker Hughes to boost revenue through clever content and community building. He's a lead marketeer at SimpleTiger digital marketing and a consultant for hire. Get more from Sean on Twitter.