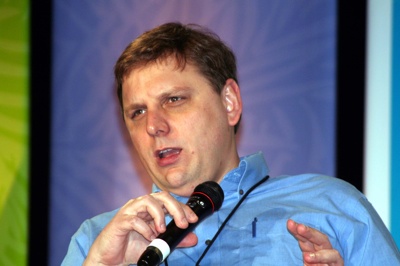 Michael Arrington of Tech Crunch shares the sunshine with all.

If that seems like an odd question, it is.

We’re in a strange (if not brave) new world. For all the good it’s brought us, there’s a potentially dark underbelly that needs to be considered.

It’s nice to look at successful blogs, Twitter accounts, and websites and marvel at the new found power of independent content creators. It’s exciting to see them garner the same kind of attention that was once only available to well-funded media organizations. But with recognition comes responsibility. I think it’s time to give some thought to what it means to use it well.

In one, social media guru David Armano took to his blog to reprimand someone who ripped off his work.

In the other, Jason Fried at 37 Signals used his company blog, Signal vs. Noise, to blast a third-party service he felt had damaged his brand.

Putting aside whether or not Armano and Fried were “right” (I think both basically were), their posts raise questions that affect everyone who uses the Internet and social media to advance their goals.

For all of the shortcomings of old media, it had at least one thing going for it: editorial review. Ideas and critiques had to pass more than one set of eyes before finding print, and author and publisher shared the burden of responsibility. The system didn’t always work, but it was something.

Now, A-list bloggers enjoy all the audience of newspapers and then some. Without, in most cases, checks and balances. What’s more, they have immense influence. It’s a by-product of the way the social web works. You might like Maureen Dowd, but you don’t feel like you know her. With bloggers it’s more personal, more real.

Thus far, most top bloggers seem to be exercising decent judgment (leaving out blogs about politics and celebrities – those are different animals). Even the examples I cited above were handled well enough. The handshake agreement we have with new media seems to be holding up.

Which makes now the best time to have an open discussion about keeping it that way.

I’m not calling for censorship or regulation, and I never would. And I don’t begrudge the authors – they’ve earned their status. That doesn’t mean, however, that we shouldn’t consider just how much power we’re willing to give them.

Two Ways to Temper the Rant

At a minimum, I’d argue that it’s time for the web media community to consider two basic principles when it comes to content.

For producers, think before you publish (this goes triple for the A-listers). If you’re going to directly critique an individual or business, sleep on it first. Don’t let the ease of publishing get in the way of good judgment. If you can address an issue or solve a problem with direct contact, do it. Not everything needs to be made public. A few negative words in the age of Google can do real and irreparable damage.

For consumers, stay skeptical. Don’t assume that even the best and most popular bloggers are right all of the time. Do your own research if need be. Don’t assume the writers know more than you do because, in many cases, they don’t.

We may not actually need to have this conversation yet, but someone will eventually cross the line. The more attention we pay to the ethics of new media publishing now, the better off we’ll all be when it happens.

Neal Shaffer is the founder of Slant Six Creative, a creative communications studio based in Baltimore, Maryland.