Most Copyblogger readers are likely familiar with the concept of “above the fold,” which refers to placing the most important or most attention-grabbing content on the upper half of the front page of a newspaper. When applying the same concept to content published on the web, we can think about it instead as “above the scroll,” since we make traditional “above the fold” content visible to readers without requiring them to scroll down.

With StumbleUpon, an under appreciated yet extremely powerful socially driven content discovery site, staying above the scroll is more important than ever. That’s because “Stumbling” is very similar to channel-surfing on television.

As a user of the site, you repeatedly click the Stumble button to see random pages based on your preferences. You give either a “thumbs up” or a “thumbs down” based on your opinion of the value of that page. Just like channel-surfing, however, StumbleUpon users are surfing the web for content that is instantly captivating, making it more important than ever to use your above-the-scroll real estate wisely.

Here’s a quick comparison between two sites that I have a lot of respect for and read regularly (both images are of an article in single-post view): 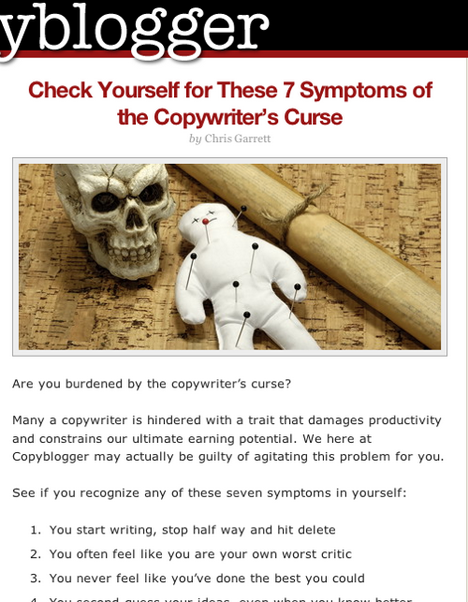 Channel surfers will give a site 2 to 3 seconds to see if something interesting is going on before they Stumble away. In this first case, you can see that Chris Garrett’s Copyblogger article starts with a visual that grabs your attention immediately and compels you into the content. Beyond the image, the article includes an opening question, some elaboration, and three items from a list of seven, all above the scroll. 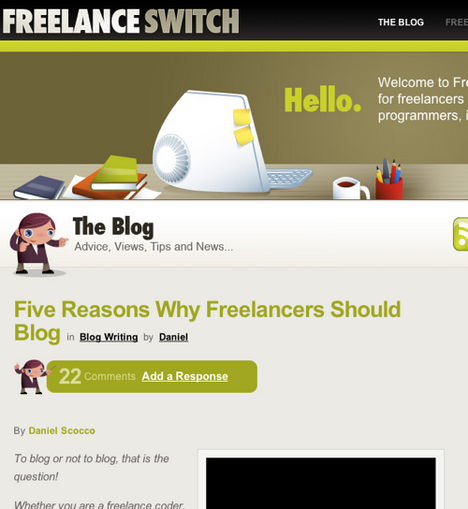 With Freelance Switch, however, (even on my screen, which is bigger and higher resolution than your average reader’s and can accommodate more content) you see the site’s header and byline which take up 50 percent of screen space and the post meta-elements taking up another 25 percent, leaving only 25 percent for actual content, in which you can barely see the first two lines of the article and can’t make out the image at all.

Here are some things to keep in mind when writing specifically for Stumblers:

1. Put serious thought into your title: When you start writing a post, you obviously have an idea in your head. If you can’t start with the headline first, write a temporary title when you start but once you’re done, make sure you rewrite it so it stands out.

2. Start with a striking visual cue: A picture is worth a thousand words, and Stumblers really take that to heart. Nothing grabs their attention more than a striking image. StumbleUpon users seem more likely to be drawn in by the smart use of images, and there’s no better placement for a great image than at the top of your article.

3. Have substance above the scroll: When my cursor is on the Stumble button in my toolbar, I don’t want to take it all the way to the scroll-bar and scroll down to get to the content. Lay it out for me so I can decide whether I want to invest time in your article or not with minimum effort on my part.

4. Make an engaging opening splash: So far so good, but to make me scroll down you have to make a splash with your opening. Simply having content above the fold isn’t enough. Ask me a thought provoking question or tell me you’re going to help me make millions (but if you don’t deliver in the body content, I’m giving you a thumbs down and never coming back). Add extra effort into your opening because this is what’s going to make me read the rest of your article, lead me all the way down to the comments section, and give you a big thumbs up and perhaps a nice review on StumbleUpon.

Get more social media analysis from Muhammad Saleem over at his blog.

Previous article: Check Yourself for These 7 Symptoms of the Copywriter’s Curse
Next article: Does Telling Someone to “Click Here” Work?