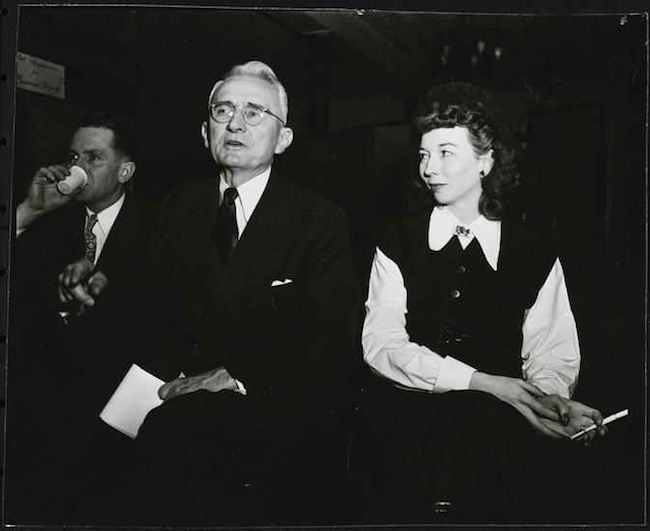 More than 70 years ago, the American writer and lecturer Dale Carnegie published a transcendent book on people skills entitled “How to Win Friends and Influence People.”

To this day, Mr. Carnegie’s many nuggets of wisdom ring largely true, because more than anything else they speak to human nature, which for better or worse seems to change very little over time.

In the modern age of the Internet and social content sharing, we can still look to age-old truths in deciphering a code to grow an audience (win friends) and successfully market online content via social media (influence people).

Here are ten of these truths …

1. Say “No” to misleading headlines

A staple of Carnegie’s proven methods involves recognizing the importance of others.

Too often we forget this and treat online audiences as easily manipulated rubes.

A sure way to get people to click on your post — but, be immediately turned off from reading it — is to dangle a sensational headline that fails to deliver on its promise.

If you value your audience, write headlines that work.

Avoid the annoying practice of publishing misleading headlines, which we’ve all been fooled by — or else risk alienating your audience forever.

2. Give credit where credit is due

In his book, Mr. Carnegie tells us the following:

Remember that a person’s name is to that person the sweetest and most important sound in any language.

Whether you are retelling a hilarious story, retweeting a captivating photo, or weighing in on someone else’s commentary, always give a shout-out to the rightful originator.

It’s not only proper etiquette, but it’s also a way to flatter attention-hungry peers that will tickle them right in their sweet spot.

Another gem from the pen of Mr. Carnegie is:

Your smile brightens the lives of all who see it.

In these cynical times, this idea has never held more truth.

By finding good-natured humor in your subjects, sharing content that’s uplifting, or simply conveying a feeling of hopefulness and positivity, you effectively spread goodwill among your audience. And you will be fondly thought of for it.

Anger and frustration are plagues to the human condition that are often suppressed or pushed aside by audiences; the joy of laughter, on the other hand, is something we tend to hang on to like a treasure.

In “How to Win Friends,” we learn the importance of talking about what people want and showing them how to get it.

If there’s one topic you can wager your audience is concerned about, it’s money — especially when it involves keeping more of it in their pockets.

Of the most popular blog genres, personal finance, online marketing, and “how-to” sites garner massive traffic because they speak to people’s desire to succeed financially.

Consistently share content that shows people proven methods for making and saving money and your popularity will grow.

Three-fourths of the people you will ever meet are hungering and thirsting for sympathy. Give it to them, and they will love you.

The most newsworthy events are often the most heartbreaking, from the destruction of a super storm, to a senseless random shooting. By devoting a measure of attention and respect to issues that impact your audience, you can gain the broader admiration of a loyal following.

Whether it has to do with economics, health, or social issues, make sure that it’s clear that at the base of it all, you care.

According to Carnegie, a law of human conduct is to always make people feel important.

Besides posting content that your audience will enjoy and respond to, find opportunities to applaud their intellect or loyalty (like Copyblogger did with its recent essay contest), and always encourage their involvement.

At the conclusion of your posts, ask readers if they have anything to offer on the subject, and be sure to respond to comments and threads. Take time to appreciate it when an individual adds something meaningful to the conversation.

You don’t need a book to confirm what your mama always told you: The important thing when making friends is being true to your self.

Would Frank Sinatra have been as wildly popular if he didn’t do things his way?

Establishing a unique and identifiable persona is a process of discovery that involves self-examination, dedication, and hard work.

A place to start is by challenging yourself to always contribute something new to the subjects you cover that emanates from your original point of view and experience.

Carnegie was a major proponent of character and self-control, two attributes that will serve you well in cultivating a positive online image.

Effective communicators hold great influence over the views and behavior of their audiences.

Set the example by taking a thoughtful, measured tone, and being mindful of how your audience interacts via comments and responses, nipping negativity in the bud. In this way, you can help shape a culture that promotes responsible sharing, while crafting the image of a leader that people find desirable.

People are going to tune into what you are saying because of your intelligence, perspective, and ability to communicate.

While confidence is key, you’ll hold the majority of your audience’s attention longer by being modest and, from time to time, showing a fallible, self-effacing side that’s human.

Carnegie’s advice is to talk about the mistakes you have made before pointing criticism at others. Showing, in other words, the popular sentiment that nobody’s perfect.

People don’t like know-it-alls either, so own up to being wrong or making the occasional silly mistake, and be honest in showing that you don’t have all the answers.

People don’t want to be talked at. Rather, they much prefer being entertained.

Frame your subject matter in the structure of a story, drawing your audience into a vivid landscape they can see, feel, or taste. Even better, tell the story of people that are more interesting than you, a story that your readers are likely to identify with.

In the words of Carnegie:

It’s hard to tell what Dale Carnegie would make of the Internet or social media, but you can bet his insights in dealing with people and in selling himself would still be valuable.

By taking his advice on respecting people, making them feel important and cared for, and playing to their natural tendencies and desires, you can win friends and influence people by becoming a more effective social communicator.

What are your favorite tips for effective online social content sharing? Join the discussion over at Google-Plus or let us know your thoughts on Facebook.

Editor’s note: this article was co-written by Brian Spero.

Image credit: “He Sells Success – Dale Carnegie” from the Collections of the Museum of the City of New York

Andrew Schrage is co-owner of Money Crashers Personal Finance, which has a strong focus on business-related and consumer topics, including its very popular post on the best cash back credit cards to consider. He has been a featured guest on MSNBC and CBS News, and he has thoroughly enjoyed the positive feedback the site receives from its readers. His goal is to build a community of individuals excited to take control of their financial lives.

Previous article: The 14 Keys to Writing Advertorials That Sell
Next article: The Complete Flake’s Guide To Getting Things Done