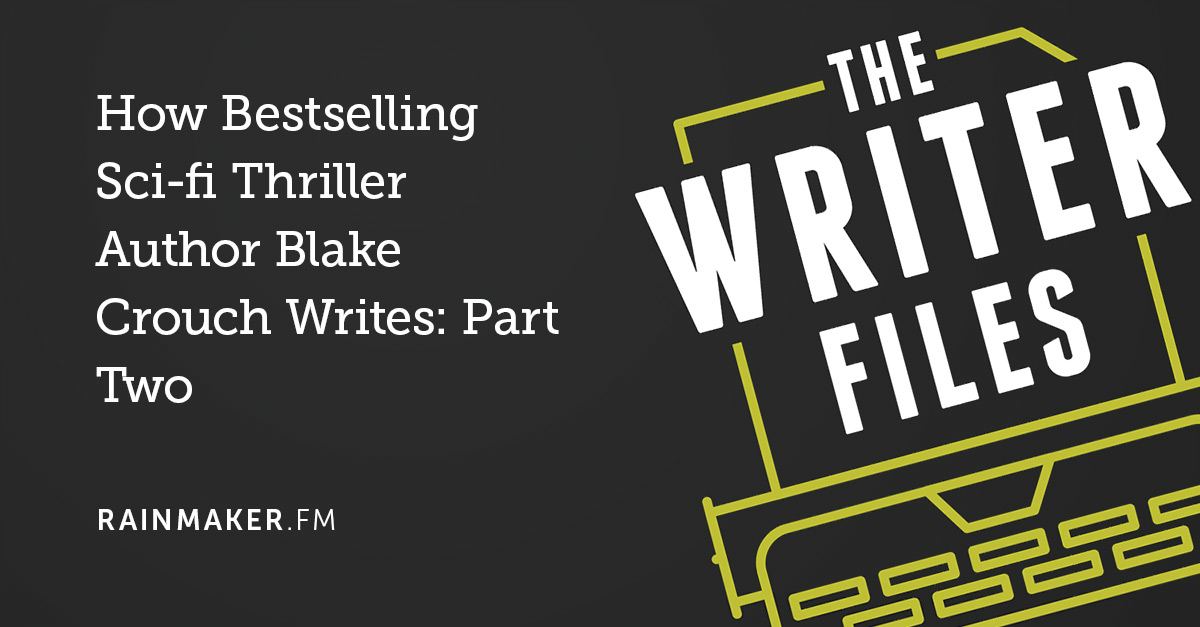 International bestselling sci-fi and thriller novelist and screenwriter, Blake Crouch, took time out from his busy schedule to talk to me about his mind-bending new book Dark Matter and adapting his work for both film and TV.

The hybrid author has penned more than a dozen novels that have been translated into more than 30 languages, and his short fiction has appeared in numerous publications.

In addition to having his Wayward Pines trilogy adapted into a #1 hit TV show by FOX, Blake wrote the screenplay for his latest novel, Dark Matter, for Sony Pictures. He also recently co-created Good Behavior, a TNT show based on his novellas, starring Michelle Dockery (set to premiere November 15, 2016).

His novel Dark Matter was described by the NY Times as an, “… alternate-universe science fiction …. countdown thriller in which the hero must accomplish an impossible task,” and bestselling sci-fi author Andy Weir called it, “An exciting, ingeniously plotted adventure about love, regret, and quantum superposition.”

If you missed the first half, you can find it right here.

In Part Two of this file Blake Crouch and I discuss:

Previous article: Want to Sharpen Your Writing Skills? Try This Fun Challenge
Next article: 3 Eye-Opening Techniques to Wake Up Your Readers with Your First Sentence