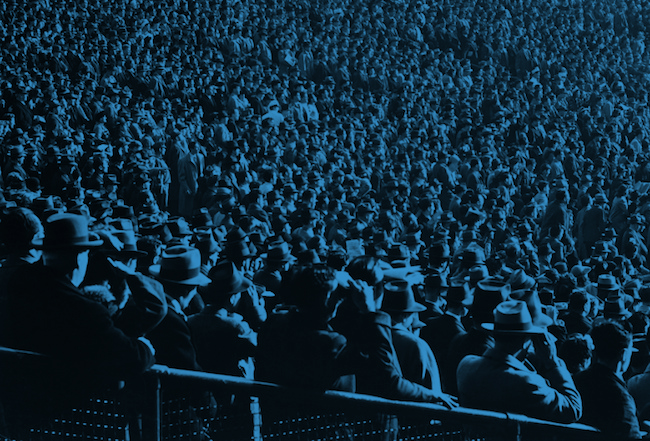 Startups aren’t “real” companies, according to retired entrepreneur and author Steve Blank. At least not in the way we usually think of the concept of a “company.”

Startups are instead temporary organizations on a mission to find a scalable business model. Once that business model is found, a “real” company is born to execute on it.

For many years, Steve Blank has been a mentor to Eric Ries, whose book The Lean Startup took the entrepreneurial world by storm in 2011. If you haven’t read Eric’s book yet, you should as soon as possible.

For now, let’s dig in deeper on the meaning and origin of “lean” in the context of business.

Then we’ll get into what this means for digital media entrepreneurs.

What does lean mean?

The concept of lean originates from the world of big business, specifically in automobile manufacturing.

Derived from the production systems used by Toyota Motor Corporation, lean came to generally mean delivering value to customers while promoting efficiency and elimination of waste in the process.

Applied to startups, lean means conducting Blank’s “search for a scalable business model” in an efficient, customer-driven approach. It’s about acting according to relevant information instead of pure intuition.

The scary thing about the lean startup concept for some is that the product is truly minimal. Sometimes the product doesn’t really exist, and you just watch for buyer intention by sending PPC traffic to a dummy website.

Other times, it’s software so unstable that the developers cringe at release. Or a service without proper support in place for anything other than a few test clients.

Despite the scariness, lean methodology works exceptionally well in the context of a startup. That’s because the only way to know what people will buy is for them to actually buy it, and you don’t want to sink huge resources into something that doesn’t sell.

It’s cool to see this movement becoming mainstream, because all of Copyblogger Media’s products since 2007 have been developed according to lean principles. With each new line of business, we initially built a minimum viable product or service, and then we rapidly evolved newer and better versions based on customer feedback.

We started first by building an audience, and that’s how we found our scalable business model and became a “real” company.

Serving that audience with valuable free content revealed loads of useful insight into the problems and desires not currently met in the broader market.

Enough, in fact, for us to make our MVPs more “viable” from the start than we would have been able to otherwise. This led to better initial sales momentum, higher customer satisfaction, and ultimately more profit.

Using this process, we’ve never launched a product or service that’s failed. This is why I advocate you start first with a minimum viable audience.

As alluded to above, a minimum viable audience (MVA) helps with finding out what people are willing to buy.

But for digital media entrepreneurs, a MVA does much more than that, thanks to the power of agile content marketing.

You have an MVA when:

As you can guess, the first two aspects of an MVA feed the third. So let’s look at the specific benefits of starting with an audience rather than going straight to development of a product or service.

1. Serving an audience is market research

Let me qualify that, however, because I’ve always meant it in the context of creating content that builds an audience via social media distribution of that content. I learn more from serving an online audience than any other approach I’ve taken to truly understanding a market.

The power comes from learning directly from an actual group of people in response to relevant stimuli (your content), rather than trying to glean a great idea from general research about an abstract market. Real people who pay attention to you, with real problems and desires.

It’s not the consumers’ job to know what they want.

It’s your job as an entrepreneur to know what they want. But first, you need to arm yourself with enough intelligence to make an educated guess.

Producing content for an audience allows you to make better-educated guesses. Much better, in my experience.

The audience will tell you, unsolicited, about problems and desires that no existing product solves. They’ll tell you how existing products and services are missing the boat, or how the companies behind them are less than desirable.

Combine that with broader social media monitoring and competitive intelligence, and you’re armed with serious insight into a highly viable product. Or, at least the first version of one.

Whenever you launch a new product or service, you must not only accept, but embrace that it will not be perfect. Not even close.

Even armed with better insight thanks to the audience, you won’t get everything just right. Plus, once a sufficient number of people interact with your new product or service, they’ll do and think of things that you’ve never even considered.

This is a good thing.

One key point of the minimum viable product approach is that early adopters of something new are more forgiving, and more willing to provide feedback, than customers that come along later. In my experience, this is true.

But no one is more forgiving than an early-adopting fan. People who already know, like, and trust you due to the quality content you’ve already given them are the best initial customers you’ll ever have.

The key is to be very explicit about the situation. We always launch a new product or service at our very best price, on our very best terms. And then we tell them exactly why: the great deal is in exchange for them helping us make it better.

Being that transparent might not work with cold traffic from Google AdWords. But we’ve found that an existing audience of fans will jump all over it while we serve future customers better, faster — even at a higher price.

3. An audience attracts outside opportunity

The story of how Copyblogger Media came to be is interesting. If nothing else, it’s unconventional.

Basically, I built the audience here at Copyblogger starting in 2006, and one-by-one, year-after-year, opportunities for products came to me from others, unsolicited. Some partnerships were for collaboration in creating a product, while others were for software and services that I couldn’t possibly have created or managed on my own.

By 2010, I owned an interest in four separate companies that revolved around Copyblogger, collectively doing several million dollars in annual revenue. After some shuffling around and yet another opportunity arising, five companies merged to become Copyblogger Media later that year.

When people say we seem to have a Midas touch because we’ve yet to launch something that’s failed, they aren’t seeing the whole picture. They don’t see what I said no to.

Referring once again to Mr. Jobs:

I’ve been fortunate to be blessed with an “unfair advantage” when it comes to being presented with product and service opportunities. But that’s due to being smart enough to build an audience first, not any other sort of magical gift.

And you’ll have plenty of opportunity to do both.

At SXSW Interactive 2012, an entire track was devoted to lean startups, which was a very cool thing. What wasn’t very cool was the number one question that kept coming up:

How do I get funded?

As mentioned above, one of the fundamental tenets of lean processes is the avoidance of waste. A lot of would-be entrepreneurs don’t seem to understand that waste can occur at the moment you take money from an investor.

Taking money too soon, or taking too much, or sometimes at all, is a:

Explore the benefits of bootstrapping an audience first. I built what became Copyblogger Media with only $1,000 for a WordPress design, web hosting fees, and a bunch of my time on the way to early profitability.

Start with an audience, and let them reveal what they want.

At that point, you’ll be in a much better position to determine how much money you need. You’ll also have better leverage in negotiating your valuation (see below).

You might even find you don’t need (or want) to waste one bit of your company.

The final point comes down to pure math.

A company that acts like a digital media company first — using content marketing to attract an audience — is worth more than another company with comparable revenue but no audience platform.

Let me give you an example.

In 2010, before we merged those five companies together to form Copyblogger Media, I received a proposition. A publicly-traded Internet company offered me seven figures for copyblogger.com (which I owned 100% at the time).

They didn’t want StudioPress, or Scribe, or Teaching Sells (the products and services that generated the revenue). Just the website.

The offer was based on their business model, which was selling online advertising and producing conferences. I declined, given that the site is way more valuable to our model than it is to theirs.

The point is, a digital media platform that you own has independent value as intellectual property. And if that platform is at the center of your revenue model like it is for us, that asset must be taken into account in valuation, whether at acquisition or when taking a round of investment.

Like I said, it’s an unfair advantage. Why not join the club?

Previous article: 3 Myths of Guest Writing for Big Websites … and 6 Tactics for Doing it Well
Next article: The 10 Commandments of Landing Pages That Work