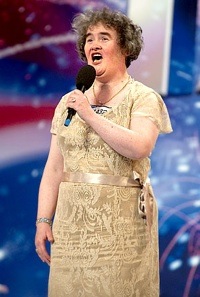 Isn’t calling attention to yourself… wrong?

Some people certainly think so. We are raised to admire the quiet hero, the saint that sacrifices without hope of thanks or recognition, the humble servant that gives the glory to God. We scorn people that brag, take too much credit, or appear to be enjoying their success too much.

Then you have another school of thought that rallies around the motto of, “If you don’t toot your horn, no one else will.” They tell you to be proud of what you’ve accomplished, ask for help when you need it, and fill your resume with details of your life’s every victory. Do anything less, and you’re not just naïve. You’re wasting your potential.

Who’s right? Who’s wrong? It’s confusing. Both sides seem to make sense, do they not? You might be tempted to think the answer is “A little bit of both,” “All things in moderation,” or some other “middle-of-the-road” cliché. Straddling the fence is the only way you can make sense out of it all. I know because that’s what I did, at least in the beginning.

But I was wrong.

The Cost of Humility

Ever heard of Susan Boyle?

A few months ago, a rumpled middle-aged woman wandered onto the stage of Britain’s Got Talent. The crowd scoffed, expecting one of those horrible yet comic performances like William Hung on American Idol. Even the judges seemed to be dreading what they were about to hear. After all, how could she be any good if no one had ever heard of her until now?

What happened next stunned the world.

Susan sang one of the most heartbreakingly beautiful renditions of I Dreamed a Dream anyone had ever heard, not only wiping the smug grins off the faces of the audience, but replacing those looks with awe and even moving some to tears. Shortly thereafter, her performances were uploaded to YouTube, where they have been viewed over 100 million times.

Where did this woman come from? How did no one hear of her until now?

Simple: she was humble.

Until she auditioned on Britain’s Got Talent, Susan had never performed for a group any larger than her church parish. She believed that a professional singing career was something only the young and beautiful could hope for, and she was neither. Therefore, she should just stay in the background, enjoying a little limelight from local singing competitions but nothing more.

What a terrible, terrible shame. With a voice like hers, Susan should have been famous decades ago. Such is the price of humility.

What Are You Waiting For?

Of course, Susan is hardly alone.

When I started blogging, I didn’t promote my posts. I thought that, if they were good enough, people would find them on their own. If people couldn’t recognize the brilliance of what I wrote, then it was their fault. You know?

How stupid. It took me three long years of writing in obscurity to figure out the importance of being loud. Now, I’m a shameless self promoter, and I write for one of the most influential blogs in the world. It’s no coincidence.

Could it be possible that you might be going through the same thing? Could you really be a whole lot better than you think you are, but your reluctance to promote yourself is holding you back?

Can You Take It Too Far?

No, I don’t think so. At least, not if you are genuinely doing something worth promoting.

Here’s my suspicion: anyone that says success should be quiet has never achieved anything worth shouting about. If you keep it bottled up, you’ll explode, like a hot dog forgotten in the microwave. The natural response to triumph is to celebrate, shouting, dancing, and weeping until you drop from exhaustion, and then getting up to do it some more.

Just look at the superstars in any sport. Are they quiet? Hell no! They crow, they strut, they pose. Yeah, some people are annoyed at their lack of humility, but those people aren’t getting paid millions of dollars, are they? The true giants of this world aren’t quiet. They are as loud as they are tall.

Remember that the next time you sit down to write.

About the Author: Jon Morrow is Associate Editor of Copyblogger and Cofounder of Partnering Profits. Get more from Jon on Twitter.