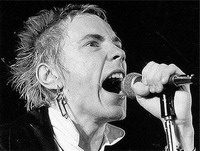 I did my first guest post in well over a year-and-a-half for Leo’s Zen Habits. Those of you who have read the Teaching Sells report will recognize the story, but it’s got a modified, more explicit ending.

Check it out here, and if you’re a fan of The Smiths, Joy Division and vintage New Order, make sure to click through the links at the band names for some way cool 80s alternative videos.

Previous article: Surprise! Not All Women Think Alike
Next article: Information Overload: The Blogger’s Worst Enemy and 8 Ways to Avoid It