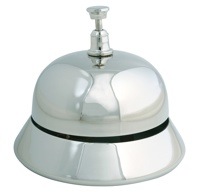 Writers love metaphors, and one of my personal favorites is the comparison between writing and sports. They’re both something anyone can do, but few can do it at a professional level.

What’s intriguing about the comparison – at least for this writing teacher and novelist turned blogger – is that while hardly anybody with an ounce of sanity who takes up tennis or golf thinks they’ll eventually turn pro at it, just about everyone who has ever darkened the door of a writing workshop or has secretly begun writing a novel has every intention of doing so.

Everybody wants to publish. And yet, the odds of doing so are about the same as the club champion at the corner links getting a tour card. It happens, but the odds more than suck.

Enter blogging. The brave new world of publishing. Anyone can do it, just push a button and you’re out there. Suddenly everybody is a blogger, and as with those of us who write novels and screenplays, just about everybody has visions of making money at it.

Whatever happened to just writing for fun? Like playing a lazy round of golf or just shooting some hoops while the burgers are cooking? A few journal writers and closeted poets are still kicking around out there, but it seems like everyone who has a blog up is not only writing with an agenda, they’re promoting themselves as if their mortgage depended on it.

It’s not a bad thing. I do it, too. It just points out a very real risk, and an inherent opportunity.

Everyone who blogs and has one single Google ad or an ebook for sale on their site is out to conquer the world. Just like the thousands of people who have self-published a novel or find themselves on the C-list at a legitimate publishing house.

The name of the game then is promotion. Networking. Linking. Joining a community. Branding yourself. One of the best strategies for all of it is blogging. It’s why we’re here today.

But pretty soon you may find yourself distanced from the writing itself.

The difference between writing for publication and blogging for cash is that the former consists, for better or worse, of actual writers, while the latter group is largely composed of people with an agenda who write about it. A subtle difference. Doesn’t mean they can’t write, it just means that something else – subscriber base, site hits, revenues – comes first.

I’ve seen a similar trap consume writers who began the journey with the purest of literary intentions. Publishers, even the established ones, do virtually no promotion whatsoever unless your name is Nora Roberts or Michael Connelly. Which means, we all suddenly have websites, we invite ourselves into bookstores to sign stock, we kick around on writing forums, and of course, we blog.

And here is where the agendas shared by novelists and bloggers once again converge. Because it’s easy – too easy – for the promotional realm of the work to suck the energy and the joy out of the writing itself. In fact, it can even kick it off the path.

The best and most effective blogs are about the reader. About delivering value, however you want to define the word. A blogger who forgets about delivering value merely promotes… until the promotion itself becomes the blog. It becomes just about selling something (which ironically tends to sell less).

Be Known for Service and Then You’ll Sell

I’m thinking that at the end of the day, at least if you do it right, it’s still about quality content. About delivering a gift to your reader. About throwing it out there and seeing what comes back to you.

Gift is a powerful word. Think of your blog that way and you’ll be on higher ground.

The best businesses in the country succeed on that premise – they’re all about service. Ritz-Carlton, Nordstrom, Southwest Airlines, Hertz – they’re known for service as much for what they sell.

It’s how they sell it that sets them apart.

Service – the equivalent of delivering value in your writing – is their brand. And they are legendary because of it. They are virtually recession-proof.

So it should be for us, too, whether we write novels or blogs. High-quality blogs – and you’re on one right now – live this ethic day in and day out. Read them carefully and you’ll see that the common element is a selfless focus on the reader, an enthusiastic delivery of real value, with a foundation of credibility.

A gift, if you will, to all of us. It’s why we subscribe.

Bottom line – value is the one business model that never fails. Even for novelists and bloggers.

Larry Brooks is the creator of Storyfix.com, an instructional resource for novelists and screenwriters. His book, The Six Core Competencies of Successful Storytelling, will be published by Writers Digest Books in early 2011.

Previous article: Do You Have These 11 Traits of Highly Creative People?
Next article: Did You Know Copyblogger is on Twitter?