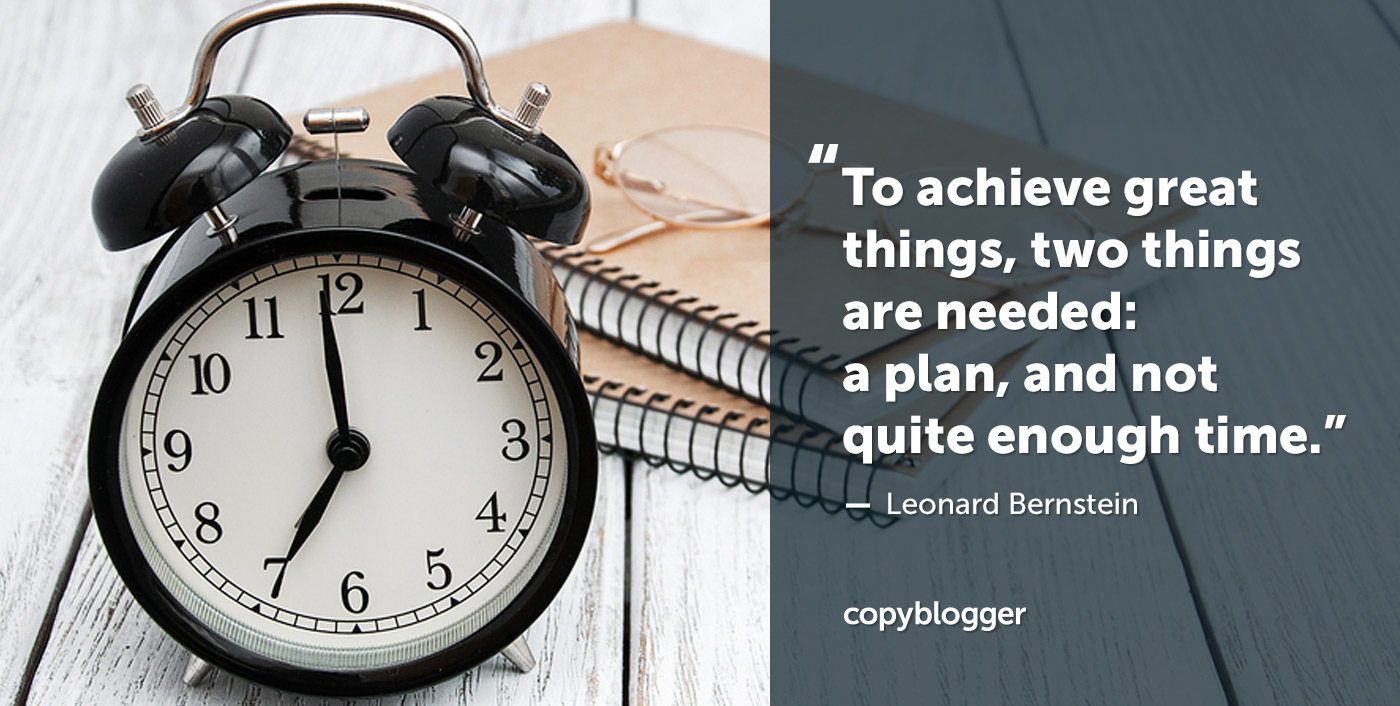 We’re all guilty of it. Let’s be honest; it’s really normal to procrastinate.

Who among us hasn’t waited until the last minute to contest a speeding ticket, study for a test, go car shopping (never fun), apologize to a loved one, have a conversation with someone who owes us money — or better yet — to someone to whom we owe money?

Today, you’re far more likely to grab your smartphone and search longingly for a little red notification flag from a social media tab, or to pop open a rainbow-colored game for that quick hit of dopamine your brain loves so much.

I’m guilty of dusting and straightening every shelf and book in my office until they look conspicuously like modern art before sitting down to write an important email or blog post.

“Never put off till tomorrow what you can do the day after tomorrow.” – Mark Twain

The truth is that procrastination is built into the human condition.

Clearly we can’t do everything on our to-do lists at the same time, but why has it become so frowned upon in our culture lately?

According to author Frank Partnoy in his book Wait: The Art and Science of Delay, procrastination has been looked at as useful and wise for much of history by scholars, and the #procrasti-haters were in the minority.

“Many iconic figures have been inveterate procrastinators, from St. Augustine to Leonardo DaVinci to Duke Ellington to Agatha Christie … Like many of my colleagues and friends, I tend to procrastinate … To the extent I have creative breakthroughs, it is because I put something off, not because I meet a deadline.” – Frank Partnoy

He goes on to explain that an anti-procrastination movement didn’t really exist until the early 1970s when publishing was flooded with self-help, productivity, and efficiency manifestos.

Now all you have to do to find a blog post on the next vital productivity “hack” is pop open your LinkedIn home page.

What is procrastination and how can we reframe it?

There’s a wide spectrum of types of procrastination, kind of a sliding scale from helpful and harmless, to destructive and self-defeating.

When that scale starts to move into the danger zone, it can cause a pretty wicked feedback loop that’s more likely to cause us to feel guilt, shame, resentment, frustration, or deep emotional distress.

It can also be misattributed to laziness, apathy, poor time management, or even contempt.

What we’re really addressing when we talk about dreaded procrastination is the bad type, a kind of irrational response to not fully grasping its future repercussions (something behavioral economics dubs “present bias”).

“Procrastination is a voluntary delay of an intended act despite the knowledge that this delay may harm us.”  – Tim Pychyl, associate professor of psychology at Carleton University

It’s often an unconscious process that we use to distract ourselves from a task we deem unpleasant, and some studies have shown that almost one in five adults suffer from chronic procrastination.

Decision fatigue can paralyze you

And studies in psychology and neuroscience have confirmed that it’s actually more of an emotional issue than a time-management one.

“… Recently, psychologists have been discovering that it may have more to do with how our brains and emotions work. Procrastination, they’ve realized, appears to be a coping mechanism.

“When people procrastinate, they’re avoiding emotionally unpleasant tasks and instead doing something that provides a temporary mood boost. The procrastination itself then causes shame and guilt — which in turn leads people to procrastinate even further, creating a vicious cycle.” – Susannah Locke

It’s your brain’s way of minimizing discomfort in the present moment, a kind of survival mechanism hardwired into your programming that’s difficult to turn off.

And now more than ever, in this era of “social acceleration” and a narrowing “collective attention span” brought about by an ever-growing cacophony of content, notifications, and the 24-hour news and outrage cycle, it’s so easy to get stuck in that loop.

“… Content is increasing in volume, which exhausts our attention and our urge for ‘newness’ causes us to collectively switch between topics more rapidly.” – Philipp Lorenz-Spreen, Max Planck Institute for Human Development

Why you’re not accomplishing as much as you used to

Our fear of missing out constantly tugs at our tendency to procrastinate, and our brains do this strange thing that separates our awareness of a future self that will be upset that they didn’t start working on that presentation sooner.

“It’s kind of a weird notion. On a psychological and emotional level we really consider that future self as if it’s another person.” – Hal Hershfield, assistant professor at New York University’s Stern School of Business

Neuroscience has been able to map in the human brain our tendency to see our future selves as separate, or basically as a stranger. Our subconscious tendency is simply to let our “time-shifted” selves deal with the problem that procrastination may cause.

I recently interviewed the Executive Director of National Novel Writing Month (AKA NaNoWriMo), Grant Faulkner, for The Writer Files podcast and he came to the same conclusion about procrastination as the experts:

“I think it’s more emotional. In the end … it’s about fear, or it’s about something that’s going to make us uncomfortable … oftentimes because of the fear or the different types of emotional blocks we put between ourselves and what we want.

“I know, some writers think it’s a good thing. That even though they’re avoiding what they’re supposed to be doing, their brain is working on the problems … unconsciously. That said, it’s a dangerous tool, because there are other people who have avoided doing what they want to do for a whole lifetime.

“And so I think you have to reckon with your own procrastination and really look inward. … It’s not because you don’t have the inner resources to put in the effort of the hard work. It’s more about that emotional motivation.” – Grant Faulkner

Why procrastinators are less compassionate with themselves

Procrastinators can wind up beating themselves up about it — I’m as guilty as anyone — and get into some negative self-talk when they’re having trouble focusing on a project.

And studies have shown that ruminating or “… this highly self-critical mind-set created and perpetuated the problem of procrastination.”

So, what can we do to break the cycle and alleviate some of that pressure we’ve all felt at one time or another?

“Choose to have compassion for yourself. … Cut yourself some slack, okay, you only cranked out 50 words a day or 100 or maybe none but you’ve got some good ideas, you’re following an interesting line of thought. And tomorrow it will lead to something wonderful.” – Peter Guzzardi, prominent book editor-turned-author

How to quiet your inner-critic and be nicer to yourself

If you’re in the throes of a wicked bout of procrastination and not finding the ability to time travel effectively — instead of criticizing yourself — try giving yourself a break and setting yourself up for a future success.

Here are 9 tips and tricks for beating procrastination:

And if you want a deep dive into “The Daily Routine Experts Recommend for Peak Productivity,” head over to James Clear’s website or check out his useful book Atomic Habits: An Easy & Proven Way to Build Good Habits & Break Bad Ones.

The art and science of “just getting started”

“We know from psychological research … that progress on our goals feeds our well-being. So the most important thing you can do is bootstrap a little progress.” – Tim Pychyl

Procrastination can be a really hard thing to recognize and come to terms with when it starts to dip into the negative, but with a little help and some self-compassion, it’s easier to move into the present and get to work.

“Don’t put off until tomorrow what you can do today.” – Benjamin Franklin

Previous article: How to Break Down Your Big Idea and Make Your Next Move
Next article: Overwhelmed by the Complexity of Online Business? This May Help