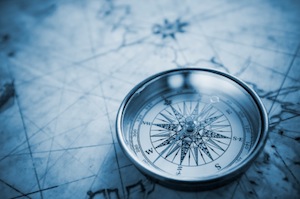 The year is 1962. The public approval rating for US president John F. Kennedy is dipping. And dipping fast. It’s fallen from the once incredible 83% to a merely average 62%.

That’s the time when his old friend — and Republican Party member Clare Boothe Luce — gives him a piece of advice.

Her advice is simple: stop doing so many things. Stop catering to everyone. Concentrate.

A great man is one sentence.
~ Clare Boothe Luce

Clare tells the president that a great man’s life can be summed up in one sentence. And, that when a person hears that sentence, they don’t even have to hear the name of the person to know who is being talked about.

You probably don’t have to be told that the above sentences are describing the work of Abraham Lincoln and Franklin Delano Roosevelt, respectively.

By trying to do everything for everybody, John F. Kennedy was spreading his resources too thin. He was being an ineffective leader. His leadership couldn’t be summed up in one sentence. It required a jumbled up long paragraph.

Does it require long paragraphs to explain what your website is about?

How an unsuccessful cartoonist turned it all around

Scott is a young cartoonist.

He creates a comic strip about an engineer creating bizarre inventions. The comic also features a dog as his sidekick. Scott puts the engineer and his dog in all sorts of funny settings and themes. His comic involves everything from social commentary, to political humor, to weird science experiments, to personal life screw ups.

Unfortunately for Scott, the comic strip doesn’t do well. In the first year, only a handful of newspapers print his comic.

But things change when Scott makes one change.

Instead of putting the engineer and his dog in a lot of different types of situations, he starts putting them in only one kind of situation: workplace settings.

Scott realizes that when his comic strip is around a workplace setting, he receives the highest number of fan mail. And so, he starts listening to his readers.

Slowly but steadily, he gets rid of all other settings and narrows down the comic strip’s focus on office humour alone. And because of that, Scott Adams’ comic strip Dilbert starts becoming hugely popular.

Today, Dilbert appears in over 2000 newspapers in 65 different countries. It has spawned several books, an animated TV series and a videogame.

How to use the Dilbert strategy to improve your blog

To make the soup more flavorful, you don’t add more spices to it. Instead, you boil the excess water. That’s what you have to do. Not add new elements, simply subtract boring ones.

Do what Scott Adams did to turn Dilbert from a mediocre comic strip to one of the most syndicated and successful comic strips out there. Listen to your audience. Focus only on those topics they like the most. And cut everything else out.

Ask a simple question to your blog readers. Ask them to nominate their favorite post on your blog published in the past 6 months. Based on their responses, narrow down the categories you write about. (Make sure you take the recency effect into consideration. The most recent posts will be voted as being the best by more people just because they’ll remember it better.)

What if I’m more than a “one-trick pony”?

Al Ries and Jack Trout talk about the Mennen company in their classic book Positioning.

Mennen was one of the first companies to introduce a product that was a combination of shampoo and conditioner. They named the product Protein 21, and within no time, Protein 21 grabbed a 13% share of the shampoo market.

But then Mennen extended their product line.

People will only remember you for one thing. If you try to force them to remember multiple facets, you’ll never make room for yourself in their brain (or heart).

If you solve more than one problem, you’ve got to do what Apple does.

Apple sells more than 30 products in varying product categories. Macbooks and iPods and iPhones and iPads. But they unify all their products under one element: the undeniable user interface.

Apple does not sell computers and mp3 players and phones and tablets. They sell gadgets with an undeniable user interface.

You have to find your own umbrella. The core element under which you can unify all your products and solutions.

Wiley Publishing Company did something similar when they wanted to start publishing books about internet marketing. They created the “An Hour a Day” umbrella.

They approached experts in various internet marketing sub topics like search engine optimization and social media marketing and video marketing, and gave them a guideline: write a book on your field of expertise. But they required each author to structure the contents of the book with action points that can be accomplished in only one hour per day. Each chapter of the book could only talk about one thing that can be done within an hour by the reader.

This is the strategy they used to publish:

Without the umbrella brand (An Hour a Day), Wiley would have required a ton of long copy to explain why their book on video marketing is better than other books on the topic. Or, why you should buy their book on twitter marketing strategies instead of all the others on the market.

They would in essence, need a book to sell all their other internet marketing books.

But by creating an umbrella brand, they turned their long convoluted paragraphs into one short sentence: buy our books because they teach you basic online marketing principles that work in just one hour a day.

Your one-sentence summary (in a few sentences)

Is your website attempting to do (or say) too much?

Are you confusing your customers, and your potential customers by not being specific enough?

What have you done to bring all your offerings under one understandable “umbrella”?

Let’s brainstorm in the comments …

Ankesh Kothari in one sentence: Where strategy meets story telling. He is launching his new app Promotioner.com soon. You should signup for its launch if you want to know how to turn your visitors into active evangelists and drive traffic to your website.

Previous article: The Simple Reason You’re Not a Writer (Yet)
Next article: 5 Marketing Secrets of the Master Sommeliers