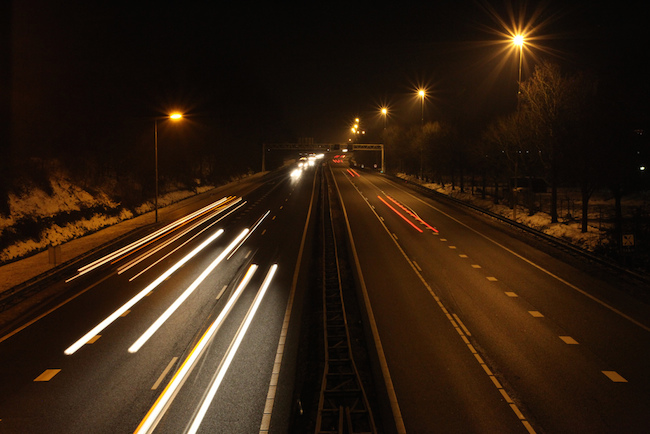 You’ve probably seen a lot of buzz around the web about an impending threat to what’s called “net neutrality.”

Those of you who tend to steer clear of drama or politically-charged hyperbole might have avoided this conversation, because the arguments around this issue tend to be filled with language like “scumbags,” “prostitutes,” and “two-faced, split-tongued, double-talking, backstabbing cowards.”

And those are the polite remarks.

But if you live in the U.S., the threat to net neutrality is something that could negatively affect your business, and there are some things you need to understand.

More important, there are some simple things you can do that don’t involve camping out Occupy-style for the next six months.

First things first: What is net neutrality and why is it in jeopardy?

What is net neutrality?

Net neutrality is a term popularized by Tim Wu, writer and professor at Columbia Law School.

In his words, “The idea is that a maximally useful public information network aspires to treat all content, sites, and platforms equally.”

Simply put, when we’re talking about the Internet, it’s the principle that all traffic will be treated equally by the company that you pay to give you Internet access.

Net neutrality is an important foundational principle of the web, and it’s a key component of free speech. It means that your cable or phone company doesn’t get to make decisions about what you view online. You get to do that for yourself.

The United States Federal Communications Commission (FCC) is currently looking at changing that rule and allowing the ISPs to sell content providers (say, YouTube or Facebook) a “fast lane.”

That may not seem earth-shaking on the face of things. But as Wu said in his excellent New Yorker article on the subject,

With broadband, there is no such thing as accelerating some traffic without degrading other traffic.

Internet speed is a fixed-sum game. If Google and Netflix can pay more for a fast lane, your business (and mine) get the slow lane.

Companies with hugely deep pockets will be able to provide a quantitatively better content experience than small companies can.

We take it for granted that bloggers, start-ups, or nonprofits on an open Internet reach their audiences roughly the same way as everyone else. Now they won’t. They’ll be behind in the queue, watching as companies that can pay tolls to the cable companies speed ahead.

Seem fair? Nope, it doesn’t to me, either.

Who gets hurt by the elimination of net neutrality

My biggest concern about this issue is that it affects the ability of small-to-medium businesses in the U.S. to compete on an equal playing field.

The web has always allowed companies like yours and mine to compete effectively with our big rivals — if we’re smart, strategic, and nimble.

But when our content has to wheeze through a congested “slow lane” while our big competitors streak past us in a premium-priced “fast lane,” the field gets a lot less equal.

And when content produced by a national chain competitor can be delivered many times faster than ours, that directly affects our ability to compete.

Imagine if McDonald’s were able to deliver TV ads at normal speed, but TV ads for your great neighborhood local diner were slow and garbled, with five-minute “content loading” bars before you saw them.

McDonald’s already has a tremendous advantage in an advertising budget that’s thousands of times greater than the diner’s. Now, in its online content, it has a second advantage in being able to distribute that content at customer-pleasing speeds, leaving whatever scraps of bandwidth that remain for the local guy.

It’s been well-demonstrated that site speed is tremendously important to content consumption, user experience, and conversion. So if our sites are slow and their sites are fast, our ability to connect with our prospects and customers is materially harmed.

Given that the U.S. economic recovery is being fueled in large part by jobs in small-to-medium companies, giving the biggest companies this kind of significant advantage just doesn’t make economic sense.

The U.S. SMB [small-to-medium business] market, which contributes to 50 percent of the total employment of the country and 42 percent of the non-agriculture GDP, will be instrumental in ticking down unemployment and surging up the growth figures. ~ “SMBs Driving U.S. Economic Recovery,” Sandhill.com

Other problems with the loss of net neutrality

If Google, Facebook, or Twitter had been forced from the beginning to pay this type of payola to ISPs in order to provide adequate service to their users, they never would have been able to get off the ground.

Scrappy, smart, innovative little companies need to be able to reach wide audiences. They do that by being creative and building amazing new technologies. But if they’re stuck with plodding Internet speeds, how can they distribute all the incredible things they have to offer?

Loss of net neutrality also reduces choice for customers by degrading how they experience some content, in favor of whatever content provider has pockets deep enough to pay off the ISPs.

What we can do about it

As individuals and business owners, we don’t have giant lobbyists working to fight for us.

But we do have the “nibbled to death by ducks” option.

The first thing to do is to contact your state legislators and let them know that net neutrality is important to you as a consumer, a citizen, and (if applicable) a business owner. Feel free to use all or any part of this article in your message to them, if you find that helpful.

You can also email the FCC chair, Tom Wheeler, and let him know, politely, that net neutrality is a right that the FCC has been entrusted to protect, not to erode.

You can also contact the White House and remind the President of his promise to support net neutrality.

Remember those two-faced, split-tongued, double-talking, backstabbing cowards we talked about? Let me suggest that you give your message the best chance of being heard by remaining respectful and giving pragmatic reasons for your position.

While the issue might make you mad (it makes me mad), your voice will be harder to ignore when you can’t be filed under “Cranks, Subtype: Internet.”

Hundreds of thousands of people read this blog. If most of you take one of the simple actions described here, you can help show that the citizenry isn’t asleep at the wheel on this issue.

You can also pass this post along to anyone you think might take action. Anyone who you think will send an email, fax, or make a phone call can help.

And if you have any thoughts or comments, let us know what you think on Google+.

What you can do today to help

It’s easy to put things like this off, but the FCC will be voting on this issue in just days. The erosion of net neutrality could materially harm your ability to market your business, as well as your interests as a citizen.

Make a few minutes before lunch today to email the FCC chair, Tom Wheeler and to get an email, phone call, or fax off to your senator and congressperson. You can get the contact information here: How to Contact Your Elected Officials (U.S.)

If you want to learn more about the potential erosion of net neutrality, here are some useful articles:

Previous article: The Best of Seth Godin on Copyblogger
Next article: Is Native Advertising Even Profitable for Brands?