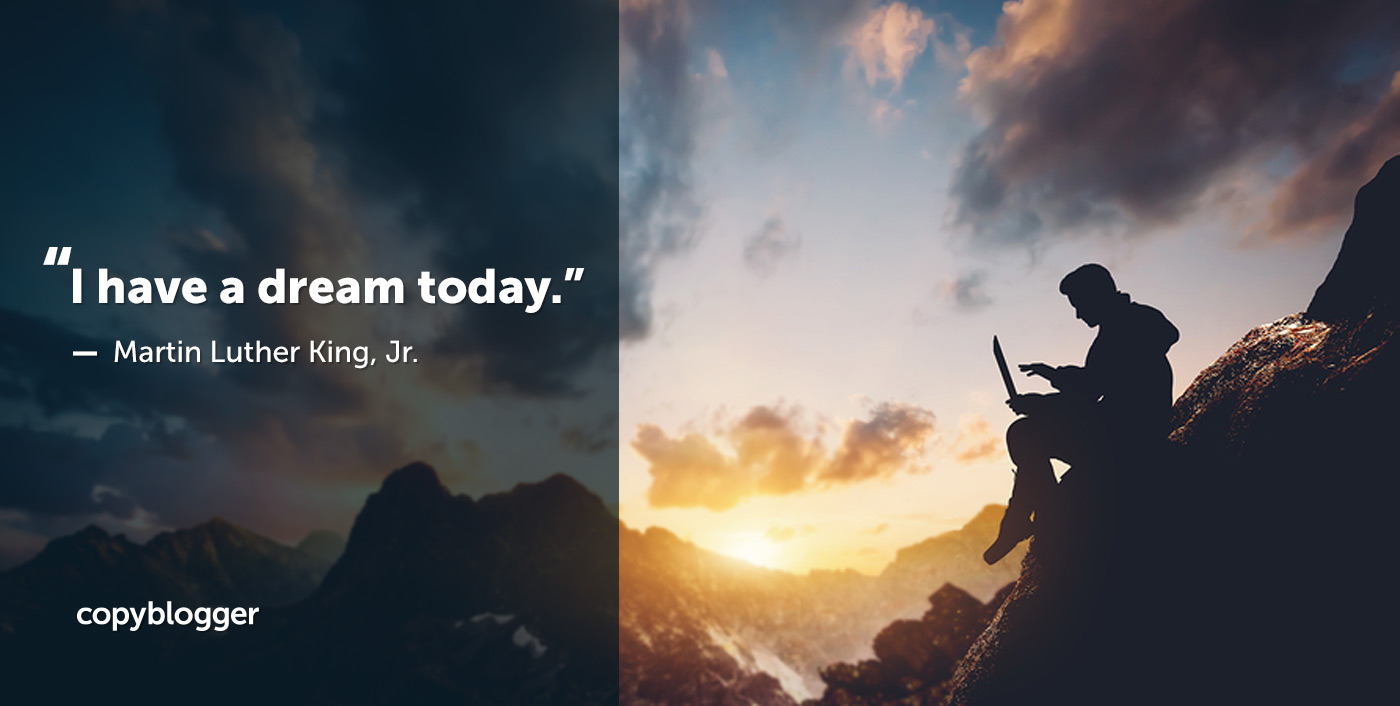 I say to you today, my friends, so even though we face the difficulties of today and tomorrow, I still have a dream. It is a dream deeply rooted in the American dream.

I have a dream that one day this nation will rise up and live out the true meaning of its creed: “We hold these truths to be self-evident: that all men are created equal.”

I have a dream that my four little children will one day live in a nation where they will not be judged by the color of their skin but by the content of their character.

I have a dream today.

I have a dream that one day, down in Alabama, with its vicious racists, with its governor having his lips dripping with the words of interposition and nullification; one day right there in Alabama, little black boys and black girls will be able to join hands with little white boys and white girls as sisters and brothers.

I have a dream today.

This will be the day when all of God’s children will be able to sing with a new meaning, “My country, ’tis of thee, sweet land of liberty, of thee I sing. Land where my fathers died, land of the pilgrim’s pride, from every mountainside, let freedom ring.”

And if America is to be a great nation this must become true. So let freedom ring from the prodigious hilltops of New Hampshire.

Let freedom ring from the mighty mountains of New York.

Let freedom ring from the heightening Alleghenies of Pennsylvania!

Let freedom ring from the snowcapped Rockies of Colorado!

Let freedom ring from the curvaceous slopes of California!

But not only that; let freedom ring from Stone Mountain of Georgia!

Let freedom ring from every hill and molehill of Mississippi.

From every mountainside, let freedom ring.

And when this happens, when we allow freedom to ring, when we let it ring from every village and every hamlet, from every state and every city, we will be able to speed up that day when all of God’s children, black men and white men, Jews and Gentiles, Protestants and Catholics, will be able to join hands and sing in the words of the old Negro spiritual:

Previous article: 16 Knockout Article Ideas: How to Write Regularly for Your Blog
Next article: I’ve Got 99 Blog Post Ideas, and Battling Writer’s Block Ain’t One