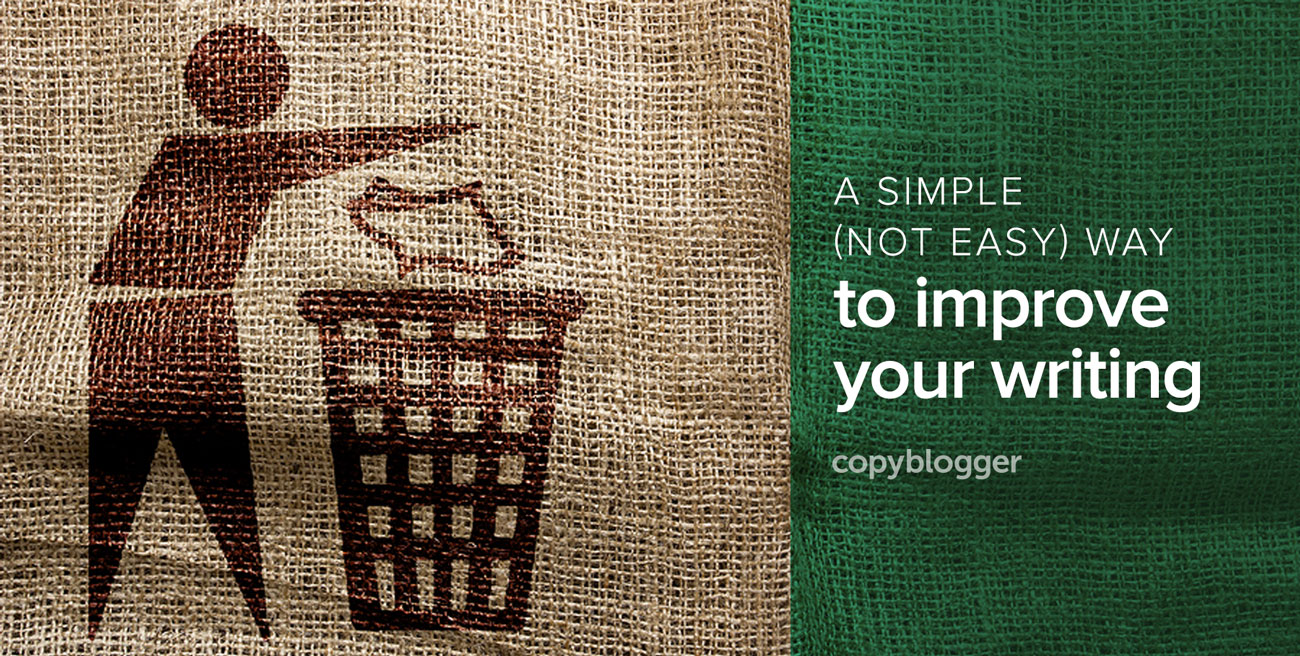 Halfway through the writing course, our instructor — not known for being one to sugar-coat — threw out a challenge:

“Send me a favorite piece of your writing and I’ll critique it; I’ll tell you whether or not it’s any good. The only catch is, I’ll be critiquing it in front of the entire class.”

A surprising number of us (bristling with hope and hubris I suppose) took up the offer. The ensuing session was, to date, the most illuminating experience I’ve had as a writer.

The key message we all took away?

Not that we needed to self-edit more tightly or have better ideas. It was this:

If we wanted to be truly great writers, we had to first write many, many words. And then we had to be willing to walk away from the majority of them.

Back to the session …

The first thing our instructor did was throw most of our work straight on the scrap heap:

“Completely vanilla. If you have nothing new to bring to this topic, don’t add to the noise out there in the world about it.”

Next came her response to a 1,000-word piece of text. From it, she identified a single, golden line — the seed of a big idea:

“Start again with just that line. Throw away the rest.”

A rambling 900-word tribute to someone dearly departed? Ruthlessly whittled down to 250 emotion-laden words that cut the reader to the core.

At the end of the session, our instructor told us not to feel dismayed. She applied the same ruthlessness to her own work; three out of four blog posts she wrote never saw the light of day.

This was revolutionary to me. Previously, I assumed that if I’d spent any amount of time writing and editing it, then the content was worth publishing.

After? I discovered the truth in her lesson and found that throwing away words made the difference between simply creating content and creating content that resonated deeply with the world.

I also found that while my “throwing-away-words muscle” was pretty weak initially, the more I used it, the stronger it got.

So, how do you exercise that muscle? These three activities helped me.

As someone with limited time on her hands, I always felt pressure to make the most of my precious writing hours.

While I was making time to write every single day via a daily Morning Pages habit, I’d spend that time writing first drafts. (Not really in the spirit of Morning Pages!)

I decided to stop with the “first drafting” and instead use Morning Pages the way they were intended — as an exercise for writing 750 stream-of-consciousness words.

It was astonishing to see the incredible thoughts and ideas that emerged from that pressure-free environment; they were ideas I’d never have accessed without the time, space, and permission to write hundreds of words I might never use elsewhere.

I always used to type first drafts on my computer … and I also would edit along the way.

This is bad form: Editing as you write is not terribly efficient, but worse than that, I was extra reluctant to let those words go — even if I knew they weren’t working — because it had taken so much effort to produce them in the first place.

So, I tried writing my first drafts longhand, and one of three things started to happen:

3. Give yourself time to do complete rewrites

I remember reading a post by Leo Babauta about the iterative approach he took to writing Zen Habits: Mastering the Art of Change.

He initially wrote what he called a “minimum viable book,” put it out in beta to a select group of readers, and gathered their feedback. Then, after a considerable amount of editing based on their feedback, he started again from scratch.

He started again from scratch?

But then I started giving myself more lead-time when I wrote articles.

Having considerable breathing space between each draft helped me see when I needed to start again in order to communicate an idea more clearly.

The key was, I now had time to do a complete rewrite instead of trying to edit the existing piece into something workable.

The path to great words

Many writers I know don’t complete their final drafts until the last moment, fooling themselves into thinking they work better under pressure. I used to think that too.

And, certainly, I’ve always been able to produce work that is “good enough” while under pressure.

But I want certain content I write (like this article for Copyblogger) to be better than “good enough.” I want my writing to change how people think and move them to take action that makes their lives better or easier — or makes the world a better place.

For those pieces of writing, I make sure I set aside enough time to write thousands of words to start.

Because I know that’s the surest path to the words I really want. The ones that are great.

Previous article: 7 Keys to Creating a Successful WordPress Plugin
Next article: How to Calm Your Content Anxiety in 5 Simple Steps