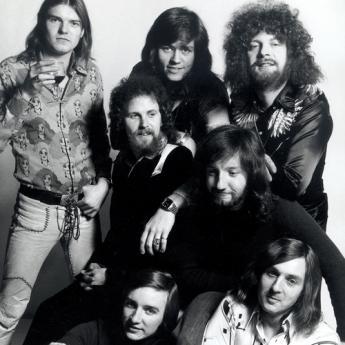 Launches have been on my mind a lot lately. Not just because of Jeff Walker and his PLF3 release, but because I have been on a crazy launch kick myself with several back to back. I have learned a fair bit about what to do and what doesn’t work so well, especially in the area of email promotions.

My main discovery, though, I gleaned from my Shy Networking launch. This launch was a pared-down affair, because of all the other launches taking place all over the world at the same time. I didn’t want to have a showdown with the entire Third Tribe!

Funny thing was, out of the blue I discovered the concept of ELO — and that we all need a little more of it in our email marketing.

You’ll probably have guessed I do not mean the sweet, sweet musical stylings of the popular 1970’s pop and rock combo Electric Light Orchestra. So what kind of ELO am I talking about?

If you want your subscribers to connect with you and your offers then you are going to have to demonstrate empathy. Use emotional triggers to evoke feeling, as well as appealing to logic and reason.

Between the lines of your communication, through story and metaphor, you need to convey that you are a person just like them, almost like secret messages talking directly to your reader’s subconscious.

You don’t need to fabricate a history to fit into some loss and redemption story or a Wild West hero-type template. Draw on your own anecdotes and messages to show your audience that you understand what they’re going through, because you’ve been in their same situation.

You’ve probably heard that your prospects might need to hear about your offer many times before taking action. This seemingly conflicts with the equally oft-touted advice to avoid bombarding your audience with stuff they do not care for.

How do you keep communicating when so many people want to reduce email load?

The answer is to segment your audience into lists. Ask people to raise their hands if they are interested in a particular kind of product or service, and put them onto a list where they can find out more about that thing and nothing else.

You can easily launch two products at the same time without overwhelming either list, because each list will only be receiving the emails that promote the product in which they’ve expressed interest.

Another way you can leverage lists is to get your offerings in front of lists belonging to partners and contacts that exactly match your most ideal prospects. Offer valuable content to their subscribers that is tuned to their interests. You’ll get a great response rate and you won’t burn out your own subscriber base.

The best launches are a conversation rather than a broadcast. Check your assumptions, and listen out for problems as you go through the launch. Ask for feedback constantly so your list will feel encouraged to tell you about problems or resistance. Make sure you communicate clearly to address those objections and fix any points of resistance.

You might find out that there are problems you don’t really want to fix. You like using clever wording in your email marketing because you think it makes you one sweet talkin’ woman with a distinctive voice.

But you might just be causing confusion and convincing your list that your product really isn’t right for them. Listen carefully to objections and fix them before they derail your launch.

ELO might not put you on your way to setting a new world record. But by implementing these elements, you will gain many more sales and a deeper connection to your subscribers. Give it a try and watch the magic happen.

And the next time you’re planning a launch, ask yourself if you need to add more ELO.

Previous article: How to Boost Your Sales with a Strong Guarantee
Next article: 5 Reasons Why Trying to be Successful Will Keep You Poor