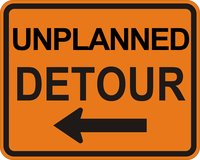 Whenever we attempt to do something and fail, we end up doing something else. As simplistic as this statement may seem, it is the first principle of creative accident. We may ask ourselves why we have failed to do what we intended, and this is the reasonable, expected thing to do.

But the creative accident provokes a different question: What have we done? Answering that question in a novel, unexpected way is the essential creative act. It is not luck, but rather creative insight of the highest order.

Even when people set out to act purposefully and rationally to do something, they wind up doing things they did not intend. John Wesley Hyatt, an Albany printer and mechanic, worked long and hard trying to find a substitute for billiard-ball ivory, then coming into short supply. He invented, instead, celluloid— the first commercially successful plastic.

B.F. Skinner advised people that when you are working on something and find something interesting, drop everything else and study it. In fact, he emphasized this as a first principle of scientific methodology.

Richard Feynman, a Nobel Laureate physicist, had an interesting practical test that he applied when reaching a judgment about a new idea: Did it explain something unrelated to the original problem? In other words,

In 1938, 27 year old Roy Plunkett set out to invent a new refrigerant. Instead, he created a glob of white waxy material that conducted heat and did not stick to surfaces. Fascinated by this “unexpected” material, he abandoned his original line of research and experimented with this interesting material, which eventually became known by its household name, “Teflon.”

About the Author: Michael Michalko is one of the most highly-acclaimed creativity experts in the world and author of the best-seller Thinkertoys (A Handbook of Business Creativity), ThinkPak (A Brainstorming Card Deck), and Cracking Creativity (The Secrets of Creative Genius).