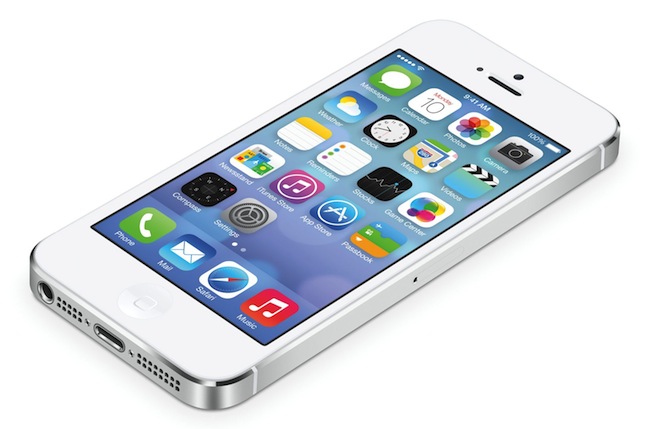 One of the more satisfying aspects of the more than 8 years of publishing Copyblogger has been the renewed praise for email marketing. Misguided pundits had proclaimed it dead for years.

Email, of course, is alive, well, and had never left the building. That’s because email still converts to sales at the highest rate of any online medium, while social media barely registers.

The other favorite target of the doomsday punditry is the web itself. Specifically, the tried-and-true website.

The latest in a long string of “web slayers” is the app. You know, those software programs on your phone, tablet, and laptop.

George Colony, head of analyst firm Forrester Research, has – for some unknown reason – been trying to make the case for the death of the website in favor of apps for years. In his words:

Websites will become the AM radio of the Internet.

How incredibly pithy — and completely wrong.

I’ve got nothing against analysts, but they are generally more adept at hyperbole than the day-to-day reality of online publishing and marketing. In other words, everyone wants to be a thought leader, but you’re smart to carefully consider whose thoughts you follow.

If I follow Mr. Colony’s reasoning correctly, he sees that the Millennial generation loves apps, and they make purchases via apps at higher rates than older people. Therefore, there will be no need for websites in the near future, because for whatever you need, there’s an app for that.

Lots of people like apps, even old people like Mr. Colony and me. My kids love a particular type of app the most – those are called games. And they buy items they need to progress within the game via these apps (when I let them). That’s called an in-game purchase.

Juniper Research reports that revenues from mobile in-game purchases totaled $2.1 billion in 2011, and are expected to grow to $4.8 billion by 2016. This is the vast majority of the in-app purchases Mr. Colony relies on to this point.

There are other apps that facilitate purchases and create unique functionality. Fitness, productivity, disposable phone numbers … basically anything that software can do better than you can, there’s an app for that.

And these applications spur purchases, too:

… [I]n-app purchases will successfully spread outside of games. Total mobile app revenues from pay-per-download, in-app purchase, subscriptions, and in-app advertising will soar over the next five years, growing from $8.5 billion in 2011 to $46 billion in 2016.

Okay, cool. But what about free content, the stuff we produce as content marketers and the backbone of the Internet experience?

There’s one thing that people turn to the Internet for en masse that apps are not better for, and that’s freely-available content. When it comes to content marketing (as opposed to data like flight schedules), there’s no beating the open web.

Most of the content we consume is not what we already subscribe to. We discover and search for new content daily, and we expect to be able to experience it without downloading an app.

Luckily, cutting-edge mobile-responsive websites are faster, more user-friendly, and more powerful than ever. And with HTML5, a webpage can be built to perform any function an app can.

On the other hand, putting your content in a traditional app means:

Even if you enjoy content apps from select publishers, you’re not using them exclusively, because that’s not how content awareness and consumption happens. And just think of the clutter of apps you’d have to endure, when there’s a perfectly good web browser to manage that for you.

Now, is there a place for apps with your core fans? Sure, if it does something cool other than display content. But again, with HTML5, you can create that experience on a webpage and share it with everyone, not just those who already love you enough to download your app.

The (Silly) Song Remains the Same

The fact that Mr. Colony is misguided about the web isn’t that big a deal. It’s just that we’ve seen otherwise smart people making the same silly mistake over and over throughout the brief history of the commercial Internet.

The argument for content apps is the most shockingly wrong. Content of all shades depends on frictionless social sharing, and questions related to problems and desires inherently involve search engines. If your content platform impedes social and search, you’re done.

Don’t believe the hype from the non-practitioner pundits. If apps were where it’s at for content, I’d be using them as a marketer and selling them as a businessman.

The website is here to stay. That’s analysis you can count on. 😉