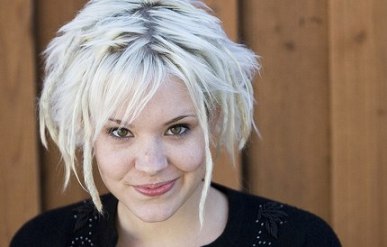 Can social media make you famous?

It can happen. I know, because I helped make it happen for my friend Brea Grant.

In 2008, Brea called to tell me she had just been offered a major role on the third season of the mega-popular NBC show Heroes, and she wanted me to help her leverage the opportunity. I’d previously created a website to help her connect with casting directors, but now we both realized she was going to need a strategy to connect with fans.

A crash course in connection

Over the next few months, I gave Brea a crash course in social media. She learned how to use Twitter and Facebook, YouTube and Ustream. We also launched a blog.

The purpose of each tool wasn’t just to tell everyone what she was doing or what she thought about something. It was to help her connect directly with her fans and build a relationship with them.

It worked. Or, I should say she worked. Brea did everything I asked her to do and more, and the result is that she’s created a fan base that followed her beyond her character’s untimely demise on Heroes. The contacts she made online also led to the creation and contract with IDW to publish her first comic book We Will Bury You, due in early 2010.

And me? It’s safe to say I learned a ton.

How this applies to you

After his success launching a consulting service here at Copyblogger, Jon Morrow asked me to share some of the lessons I’ve picked up from working with Brea.

Through my work with my own clients, I’ve found that these are universal truths that work for small businesses, professional bloggers, hobby bloggers, and anyone who just wants to raise their online profile.

I hope you enjoy them . . . and be sure to read to the end to see how this applies to you, not just celebrities.

Here’s a question that never seems to go away: what is a blog?

Is it a public journal? An online magazine? An extended way to connect with friends and family?

And the answer is . . . a blog is whatever your audience needs it to be.

People visit Brea’s blog to experience a personal connection with Brea. Visitors might receive this from chatting with her on Twitter, listening to the same music she listens to, or just getting a glimpse of her day-to-day life.

Whatever your topic, you need to get crystal clear on why people are there.

Is it to read the hilarious details of your personal life? Watch detailed how-to videos on watercolor painting? Hear your latest celebrity rant?

It doesn’t matter what it is, only that you know it and ruthlessly eliminate anything that gets in the way.

As Brea’s fame has increased, we’ve received countless offers to add bells and whistles that “polish” her site and social media presence. Many of these tools are very cool and cutting edge but would ultimately get in the way of our core purpose: a personal connection with Brea.

So we turned them all down.

I’ve seen lots of my other clients struggle with this problem too, although usually on a smaller scale. If you’re starting a blog, for instance, you might get distracted by polishing and re-polishing your blog design, learning about ad networks, or experimenting with dozens of the latest WordPress plug-ins. More likely than not though, all of those things are just distractions for both you and your audience.

Before you do anything online, always ask yourself: is this in line with the core purpose of what I’m trying to accomplish?

If it’s not, then ditch it. Too many useless bells and whistles don’t increase your fame. They just make it look like you have something to hide.

Well NO, I didn’t know, and she is supposed to ask me about these things first! But I agreed that it was the right move.

Why? Because Facebook had become an unmanageable beast rather than a fun place to connect with her fans.

I’m not saying to ditch social media if it’s confusing, because . . . well . . . it’s always confusing. But if you’ve made a genuine attempt to learn the culture of a site and engage with it and it just ain’t doin’ it for you, try something else.

Maybe your tribe isn’t there, or maybe it just makes you cranky. Either way, it’s not going to be effective. Move on.

Lesson #4: Focus on your talents

Brea loves Twitter. She likes the short updates, ease of use, and how easy it is to get into one-on-one dialogue with fans. She also loves blogging, especially sharing the music she’s listening to and books that she’s reading.

Surprisingly, she’d much rather write than video blog. Being yourself on camera is quite different than playing someone else!

You might love podcasts, or video blogging, or writing blog posts. Whatever your flavor, you’re going to shine in a space when you pick the one that is best suited to your natural abilities.

This is NOT a get-out-of-jail-free card for learning new skills! You’ll never know whether or not you thrive in a medium until you practice and get comfortable with it. The point is that you don’t have to do everything. Try it all, and then stick with whatever works best.

Lesson #5: Take advantage of your opportunities

Okay, let’s be honest. Did social media make Brea Grant famous? Or was it all about being on a mega-popular TV show like Heroes?

The honest answer: both.

Lots of actors land a role on a popular show, fail to capitalize on it, and then disappear forever. Lots of aspiring actors also try to build a following with social media and never make it.

To a large extent, success online (or in life in general) is about doing both. You have to work hard until the right opportunity shows up, and then you have to make sure you leverage it to its maximum potential.

Social media can help get other people talking about you, but first you have to do something worth talking about.

Want to learn how?

I’m guessing you’ve figured out that I have a course on how to use social media to generate buzz around your career or business. It’s called Creating Fame, and it builds on my experience in helping clients do exactly that.

But how about some free videos first?

In Creating Fame, I talk about the importance of giving away high-quality free content to create a greater connection with your audience, and that’s exactly what I’d like to do here.

Take a look at my Creating Fans Out Of Thin Air Video. If it looks like something you’re interested in, just leave your name and email address for more than two hours of additional free content, including a video from Brea.

Whether or not you’re interested in the course, I think you’ll learn a lot from the free videos. Click here to check them out.

Laura Roeder is a social media marketing expert who teaches small businesses how to create their own fame and claim their brand online. She lives in Venice Beach, California, where she video blogs, makes frequent trips to the library, and volunteers with local middle schoolers.